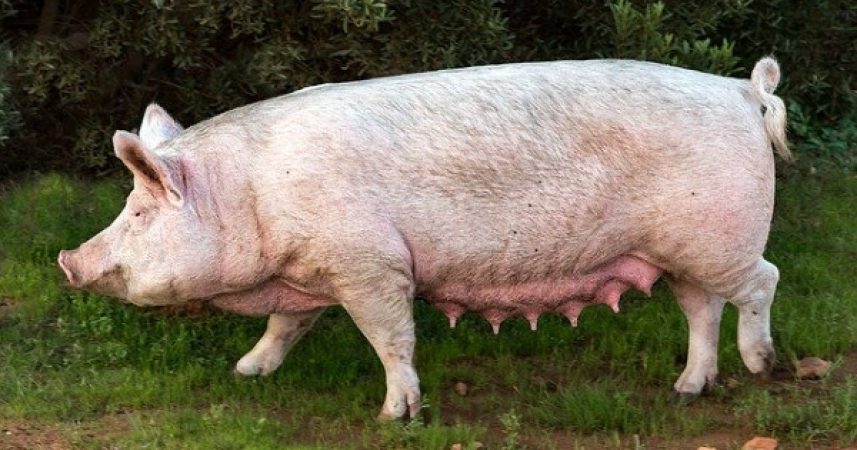 Murphy-Brown, a subsidiary of Smithfield Foods, lost a major case on November 19, 2020. With Thanksgiving activities and election allegations, little attention was paid to this loss other than a few environmental groups and farm publications (full case summary here).

Federal judge J. Harvie Wilkinson III, appointed by President Reagan, indicted the entire industrialized hog industry, saying, “It is past time to acknowledge the full harms that the unreformed practices of hog farming are inflicting.”

Judge Wilkinson “…commiserated with the neighbors, the majority of whom are Black, Latino or low-income. He empathized with the millions of hogs raised in the dark, crowded, filthy barns without ever touching grass or seeing the full glow of the sun.”

Obviously these judges have not a clue of how hogs were raised in the 1940s, 50s and 60s. These judges again have no clue nor do the lawyers apparently of how to present a case showing how the conditions have improved dramatically for the housing, feeding, and watering of hogs which America eats. Smithfield’s lawyers failed to present to the judges how really horrible conditions were for the raising of hogs outside in zero degree conditions in decades past.

The winning law firm from North Carolina claimed that the “Fourth Circuit Affirms Smithfield’s Subsidiary Willfully and Wantonly Interfered with neighbors’ property rights.” In quoting from the court opinion the winning law firm said, “The Court acknowledges that while there was ample evidence of Murphy-Brown’s willful misconduct justifying punitive damages, the district court should have limited the applicability of evidence regarding Smithfield’s financial status and remanded the case for new proceedings solely on the amount of punitive damages…”

The lead appellant counsel for the plaintiffs said “…Smithfield willfully and wantonly interfered with our clients’ ability to live comfortably in their homes.” The U.S. Court of Appeals saw briefs from the American Farm Bureau Federation (AFBF), National Pork Producers Council (NPPC), the National Association of Manufacturers, the U.S. Chamber of Commerce, National Turkey Federation, and many more heavy hitters.

The case started out as a Right-to-Farm case. Virtually all nuisance cases have been won with the exception of this one. Smithfield lost at the district court level; the award was against Smithfield and Murphy-Brown, and compensatory and punitive damages were awarded in the millions of dollars to the plaintiffs.

The opinion written by Judge Thacker lists a litany of actions against Kinlaw Farms, a contract grower for Murphy-Brown. In a 67-page opinion, Judge Thacker eviscerates the lawyers’ argument for Smithfield. From the opinion it appears the judge believes and concludes that the concentrated feeding of hogs is terrible. Judge Thacker and her fellow judge agreed with the U.S. district court judge on all the legal issues.

The one-time nuisance damages and nuisance are mentioned on page 21 of the opinion. It is unclear what the defendant lawyers argued but one can conclude from the opinion there was little or no concern about North Carolina’s Right-to-Farm statute.

Once the nuisance and Right to Farm provision protection are removed by the judges, then there is no bar and defense for the contract farmer be it in hogs, broilers, poultry egg laying or any other concentrated animal feeding operation.

In fact Judge Thacker said “…it is beyond debate that North Carolina case law dating back over 100 years includes recognition of loss of use and enjoyment from “annoyance” and “discomfort”, (emphasis supplied) as well as other forms of damages…”

This judge does not recognize that starting in 1964 state legislators began passing Right-to-Farm statutes to shield farmers from alleged annoyance and discomfort.

Farming is by its very nature a nuisance because it creates dust, pesticide drift, smells and odors, and unsightly activities. This 4th Circuit opinion November 19, 2020 is a must read opinion for every farmer and integrator who operates a concentrated feeding operation. The agricultural world changed November 19 and few in the agricultural world noticed. Smithfield settled this case the very next day for an unspecified amount.

A version of this commentary originally appeared on February 16, 2021 in the online Farm Futures.  The opinions of the author are not necessarily those of Farm Futures or Farm Progress.