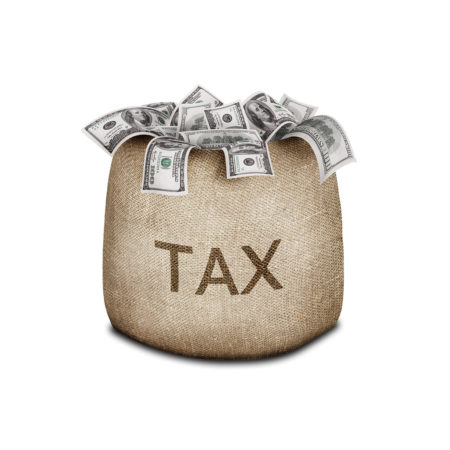 The COVID-19 recession barely dented Virginia’s state budget. The massive spending growth adopted in the pre-COVID budget a year ago is largely back on track. Yet some legislators think the time is ripe to hunt for more revenue by re-writing the state’s tax code.

The two-year $48.2 billion General Fund revenue estimate endorsed by the General Assembly Saturday is less than $200 million lower than the comparable figure a year ago, a rounding error in a $143 billion overall budget.  There is every reason to believe the current tax estimates will prove too low as another round of federal stimulus revs the economy in coming months.

There is logic in examining tax policy without the pressure of a financial crunch.  There is also a new and very progressive Democratic majority in Richmond that will be applying its definitions of “fair and equitable” in these reviews.  The battle over whether and how much to tax Paycheck Protection Program grants to Virginia employers was a warning bell.

The centerpiece of the new effort will be the Joint Subcommittee on Tax Policy proposed by Virginia Senate Finance and Appropriations Chair Sen. Janet Howell, D-Fairfax, and included in the final budget conference report.  Six senators, six delegates, their staff and “any other stakeholders deemed appropriate” will gather to face a broad list of issues, including:

evaluating the fiscal impact of amendments to tax brackets, tax rates, credits, deductions, and exemptions, as well as any other factors it deems relevant to making Virginia’s individual income tax system more fair and equitable; (ii) giving consideration to the fairness, certainty, convenience of payment, economy in collection, simplicity, neutrality, and economic efficiency of the Commonwealth’s tax policies and any changes thereto…

House Finance Committee Chairwoman Vivian Watts offered her own successful study resolution, this one directing the Joint Legislative Audit and Review Commission to zero in on the Virginia’s income tax to increase its progressivity (higher taxes on higher incomes).  Her initial request was for a report in November, after the election but in time for the 2022 General Assembly.  The one major change in her proposal was to delay that to a November 2023 report.

Watts’ text mentions several issues that have come up in recent sessions. Progressives want to make the Earned Income Tax Credit into a refundable credit on Virginia taxes, meaning some who benefit might actually get checks from the state.  The Thomas Jefferson Institute for Public Policy, among others, has pushed for major increases in the state’s standard deduction, now ridiculously lower than for federal taxes and most other states.

The resolution also points to another perennial issue, efforts to tie the state’s income tax brackets and deductions to inflation.  Absent such adjustments, inflation can slowly raise taxes as incomes rise.  The state has a few examples of “indexing” in the tax code, but only when it means more revenue for the state, not less.

Assigning this income tax review to JLARC might not be benign.  JLARC is beginning to reflect the priorities of the new Democratic majority it works for.  A study on various economic incentives released in September claimed its first casualty this session, justifying the elimination of tax credits supporting the state’s ailing coal industry.  This was a minor skirmish in Virginia’s growing war on fossil fuels.

The corporate income tax is not cited in Watt’s JLARC study, but she does note that not all businesses are incorporated.  Those that are not incorporated use the individual tax rules, “and almost all of the more than 25 individual income tax credits available to taxpayers focus on economic incentives, rather than progressivity,” her resolution states.

There is one effort focused on corporations, however, hitting mainly the largest of them.  Watts introduced a successful resolution asking state staff to prepare for unitary combined reporting by related business entities.  And to figure out whether that would increase state tax revenue, and by how much, there is a directive in the state budget ordering such companies to provide key information.

The companies are directed to file information on the 2019 tax results in a unitary combined reporting format “prescribed by the Tax Commissioner,” and a failure to provide that report by this June 1 risks a $10,000 fine.  The Tax Commissioner will then report to the legislature by December (again, after the election) on the impact of a change in state law mandating combined returns from related business entities.

Finally, local taxes are not exempt from review.  Budget language directs the Commission on Local Government to compile data on the revenue localities lose from property tax exemptions mandated by the Assembly and any “fiscal stress” they create (on the government, not the taxpayers.) Some of those benefit individuals but business-related exemptions exist, too.  For once, the report is due pre-election, November 1 of this year.

Previous efforts at comprehensive tax reform have failed in recent years, including a Joint Subcommittee to Evaluate Tax Preferences, which accomplished nothing over several years. The historical pattern has been it takes the active attention of a Governor to move this usually immovable object. This would be a good topic to raise with the applicants for the job.