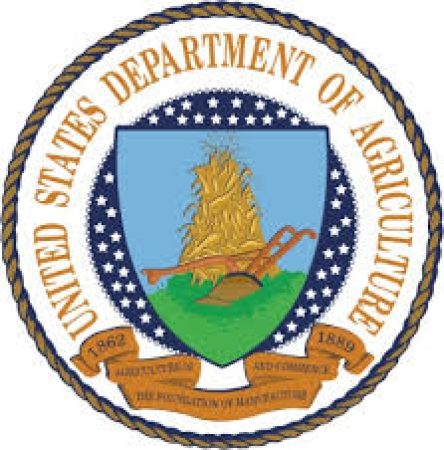 The Virginia Institute of Marine Sciences (VIMS), in cooperation with the United Nations, has issued a UN report on nutrient threats and benefits involving production agriculture.

The 128-page report prepared by 50 experts is entitled “Our Nutrient World – The Challenge to Produce More Food and Energy with Less Pollution.” The report suggests farmers must increase the efficiency of their use of nutrients by 2020 and reduce the annual use of nitrogen fertilizer by 20,000,000 metric tons.

The purpose of the report is to demonstrate better use of nitrogen, which the report claims could save approximately $165 billion per year.

This report is a must read for farmers because it discusses nutrient management in agriculture and livestock operations.
EPA is already looking at a nutrient pollution diet for the Chesapeake Bay. The agency is on track to define Total Maximum Daily Loads (TMDLs) for nitrogen, phosphorus and any other pollutant that is carried by storm water into the Bay.

The report suggests that 80% of manufactured nitrogen compounds are lost to the environment. One avenue of loss is nitrogen-bearing gases escaping from our soils into the atmosphere. That gas is nitrous oxide, which is labeled a global warming gas by EPA. Nitrous oxide (N2O) contributes 300 times more global warming impact than a similar amount of CO2.

Some History
In 1932, J. O. Smith, an engineer at Mississippi State University, attached a small anhydrous ammonia cylinder to a plow in a manner that allowed the anhydrous ammonia (82% N) to be injected into the soil. According to the record, “The plow, a Georgia Stock, was pulled by a gray mule named Ike. This was the first known use of anhydrous ammonia as a soil-applied crop fertilizer.”

In 1943, two more Mississippi State engineers, Felix Edwards and W. B. Andrews, renewed the research application. Their work led to the creation of the Mississippi Chemical Corporation, to sell anhydrous ammonia. Their work changed the world and has lead to the enormous productivity that American agriculture experiences today.

The VIMS report is authored in part by a leading expert on dead zones which form when excess nutrients such as nitrogen enter waters and fertilizes algae. When these algae die, the decomposition removes dissolved oxygen from the water and kills marine life. The report admits human use of nutrients such as nitrogen has helped fuel the green revolution, but it has “caused a web of water and air pollution that is damaging human health, causing toxic algal blooms, killing fish, threatening sensitive ecosystems, and contributing to climate change.”

Government action by EPA is already under way. The charges against the use of nutrients in agriculture are set forth in the report and are useful to consider. The report claims air quality is also threatened by our nutrient use because of the ammonia emissions and increased concentrations of nitrogen dioxide (NO2).

As mentioned earlier, agriculture’s nutrients cause emissions of N2O, and N2O. According to the report, this is “…now also the main cause of stratospheric ozone depletion, increasing the risk of skin cancer…”

The nutrients we use are an increasing threat and require urgent action, and so a new intergovernmental focus – which as we all know means more regulation – is coming for agriculture from EPA.

The report identifies 10 key actions which are viewed as critical to improving nutrient use efficiency while at the same time reducing nutrient losses that pollute the environment. One chapter is devoted to this issue and is a must read for anyone farming in the United States.

The report is apocalyptic as it relates to agriculture because it points out that since the Mississippi State University’s professors’ efforts to harness anhydrous ammonia, the use of synthetic fertilizers has increased nine fold globally; a 40-50% increase is expected over the next 40 years.

The consequences of inaction, according to the report, will include massive global warming effects which will continue the “…deterioration of water, air and soil quality, shortening human life, while threatening ecosystem services and biodiversity.”
The professors at Mississippi State thought they were improving agriculture productivity by using nitrogen to clothe and feed the world…not destroy it.