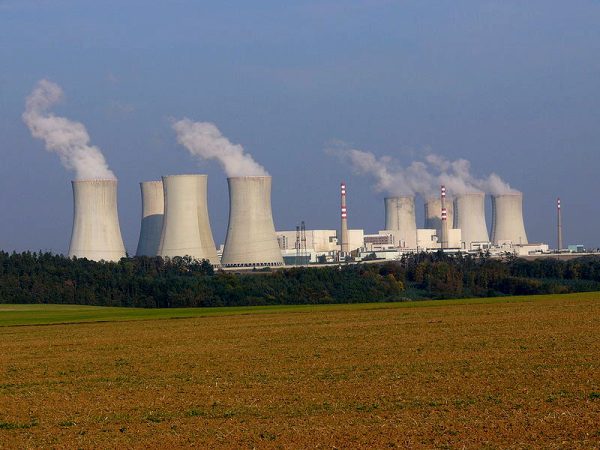 In their 2013 legislative session, the Virginia General Assembly passed and Governor McDonnell signed HB1790 and SB1138. These identical bills were proposed by Governor Bob McDonnell as a part of his 2013 legislative agenda. The legislation, titled Virginia Nuclear Energy Consortium (VNEC), will become law on July 1, 2013. VNEC creates an Authority that will in turn establish a Consortium aimed at making Virginia a national and global leader in nuclear energy.

The Consortium is intended to serve as an interdisciplinary study, research, and information resource for Virginia on nuclear energy issues. A board of seventeen directors will govern the VNEC Authority. The legislation names seven senior state officials to serve on the board. They are:

These seven officials may appoint a designee to represent the institution or agency on the VNEC Authority board, allowing experts with relevant responsibilities in their organization to be a part of the this cutting edge economic development effort.

The Governor will appoint the remaining ten members of the board. These ten members will represent the following groups:
1. Two individuals to represent an institution of higher education in Virginia
not already represented on the board, at least one of which shall be a private
institution of higher education;
2. Six individuals, each to represent a single business entity located in Virginia
that is engaged in activities directly related to the nuclear energy industry;
3. One individual to represent a nuclear energy-related nonprofit organization; and
4. One individual to represent a Virginia-based federal research laboratory.
The terms of these members will be for four years with the exception that five of the ten will be initially appointed to two year terms to allow for staggering and continuity. These members may serve two successive terms on the board.

The VNEC Authority is directed to form a not organized for profit non-stock corporation by January 1, 2014. The purpose of the Consortium will be to conduct activities useful in making Virginia a leader in nuclear energy; serving as an interdisciplinary study, research, and information resource for Virginia on nuclear energy issues; and raising money on behalf of the VNEC Authority in the corporate and nonprofit community and from other non state sources. The Consortium will be governed by a board of directors selected by and from its membership and will adopt its own bylaws. The Consortium will be responsible for: interacting with nonprofit organizations, private industry, and other potential developers and users of nuclear energy; promoting agreements among public and private institutions of higher education in Virginia and other research entities to carry out research projects relating to nuclear energy; disseminating information and research results; identifying and supporting, in cooperation with Virginia’s nuclear entities and the public and private sectors, the development of education programs related to Virginia’s nuclear industry; encouraging, facilitating, and supporting the application, commercialization, and transfer of new nuclear energy technologies; providing public information and communication about nuclear energy and related educational and job opportunities; and providing advice, assistance, and services to institutions of higher education and to other persons providing services or facilities for nuclear research or graduate education.

The membership in the Consortium is open to:
1. Public or private institutions of higher education in the Virginia;
2. Virginia-based federal research laboratories;
3. Nuclear energy-related nonprofit organizations;
4. Business entities with operating facilities located in Virginia that are engaged in activities directly related to the nuclear energy industry; and
5. Other individuals or entities whose membership is approved by the board of directors of the Consortium.
The concept embodied in this legislation is unique. Virginia will be the only state that has created an independent organization for the support of education, information collection and dissemination, research, development and use of nuclear power.

The concept arose out of the continued interest of a group of academic institutions, research organizations and private sector companies. This group has continued to meet over the past three years with the intent of advancing nuclear energy, and meeting the needs of this important energy sector with advanced technologies, research, workforce training, supply chain management, and communication.

Last year the group started meeting with Governor McDonnell’s office to explore the potential of working with Virginia to take this concept and create a formal organization that could also work with state officials and policy makers to meet the Virginia’s energy and economic development needs. The Governor’s office then proposed the idea of legislation to provide structure and formality. Over the next six months draft legislation was taken through the legislative process with Del. Scott Garrett and Senator Jeff McWaters as the chief patrons. The legislation will provide an effective way to leverage the truly unique array of nuclear-related assets that exist in Virginia for the benefit of our citizens and the nation. Interested stakeholders appeared in legislative committee meetings to express their support for this creative and productive proposal.

Maureen Matsen is the former Deputy Secretary of Natural Resources and Senior Advisor on Energy to Governor Bob McDonnell. Over the last 3 years she led the Governor’s efforts to implement an “all of the above” energy policy in Virginia to
support and secure adequate supplies of affordable, reliable energy for Virginia’s citizens, businesses and industries. She is currently University Counsel at Christopher Newport University in Newport News, Virginia.
Email Maureen at Maureen.Matsen@governor.virginia.gov

Joe Nash has over 45 years’ experience in environmental regulatory and energy policy.
Mr. Nash has both technical experience as a manager and policy analyst at the U.S. Environmental Protection Agency (EPA) and the U.S. Department of Energy (DOE) and as an executive of several consulting firms.
Email Joe at: jandjnash@gmail.com