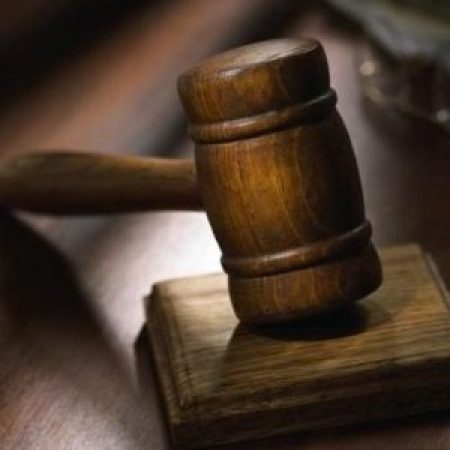 Are Courts Assaulting Our Liberties?

Presidential contender Newt Gingrich was criticized recently for his remarks regarding judicial activism. He claimed parts of our modern court system are engaging in “…a fundamental assault on our liberties…” Further, Gingrich contends the Founding Fathers wanted “…to have a balance of power, not to have a dictatorship by any one of the three branches.”

One decision Gingrich refers to occurred in June, 2011. The case involved a U.S. District Court ordering a school district outside of San Antonio, Texas, to remove the words “invocation” and “benediction” from the school graduation ceremony program. The Court also ordered students and speakers to refrain from standing to “…join in prayer or bow their heads.’ The decision was reversed!
A more recent decision Gingrich has not used as an example, but certainly fits his definition of judicial activism.

The U.S. Court of Appeals for the Ninth Circuit recently concluded that rainfall storm water runoff from logging roads in forests that is collected in ditches and runs through culverts is a point source discharge and requires a Clean Water Act (CWA) NPDES permit.
Such a permitting process would kill the logging industry!

This court decision overrules 35 years of regulations by EPA regarding rainfall runoff from such logging roads being exempt from CWA NPDES permitting, and it also conflicts with court decisions in the Second, Eighth and Eleventh Circuits. This case has been appealed to the U.S. Supreme Court.

Since the passage of the CWA, the Environmental Protection Agency (EPA) has, in its regulations, treated all rainfall runoff from silvicultural (forestry) activities as nonpoint pollution even if channeled and discharged through a discrete conveyance such as a roadside ditch or culvert. I suggest that the reasoning used by the Ninth Circuit could also be applied to runoff from our farm fields here in Virginia or anywhere else.

This decision certainly reinforces Gingrich’s concern about courts engaging in fundamental assaults on our liberties and jobs!
EPA has said for 35 years that sediment and other pollutants that are discharged as a result of “… natural processes, including precipitation and runoff and are not traceable to any discrete or identified facility are better controlled through utilization of Best Management Practices.”

The U.S. District Court in the case of National Environmental Defense Fund (NEDC) v. Brown, 476 F.Supp. 2d 1188 (D. Or. 2007), correctly determined that under EPA’s Silvicultural Rule “the building and maintenance of the forest roads and the hauling of timber on the roads” (are) “not point sources when the natural runoff flows into the waters of the United States.”

The Ninth Circuit reversed the US District Court, and it even agreed that its reading was inconsistent with the CWA’s definition of a point source and even acknowledged its own reading of the rule did not reflect the intent of EPA. (Gingrich may have a point.)
The Ninth Circuit claims the discharges from the timber roads are associated with an industrial activity and it further acknowledges that EPA regulations defining discharges associated with industrial activities don’t include discharges from the Silvicultural Rule.
The Clean Water Act defines point sources not to include agricultural storm water discharges and it is admitted that silviculture is the agriculture of trees. Congress has made it very clear in Section 304 (f) that “…non point sources of pollutants include agricultural and silvicultural activities like runoff from fields and crop and forest lands.”

The Ninth Circuit clearly believes it can rewrite the law, not Congress.

As pointed out in the forest petitioners’ brief filed in the Supreme Court, Congress has never passed any legislation interfering with EPA’s position of over 35 years that “…channeled forest road runoff is not subject to NPDES permitting – including when it adopted storm water amendments…in 1987.”

The Republican presidential candidates claim that getting America’s job machine restarted to restore the American dream is one of their top priorities, if not their top one. The courts, in many instances, are agreeing with environmental groups in using the environmental statutes to kill jobs.

U.S. Sen. Ron Wyden, D, Oregon, says, “If this decision is allowed to stand, every use of forest roads will require permitting and will therefore be subject to challenge by citizen lawsuits…” The petitioner’s brief points out that the Ninth Circuit’s decision will impact silviculture on 193 million acres of forest lands and 378,000 miles of roads. It points to a U.S. Forest Service study that the Ninth Circuit decision would require the Department of Agriculture’s Forest Service to obtain up to 400,000 permits. It also points out private forest land provides 2.5 million jobs and $87 billion in wages to American families. As a result, the nation’s 423 million acres of privately owned forest land will also require thousands of CWA permits.

Mr. Gingrich makes a powerful case that some of our federal courts are engaged in “a fundamental assault on our liberties”. The assault also eliminates jobs which kills the American dream for many of our citizens.

«
Should the Uranium Mining Moratorium Be Lifted?»
Virginia General Assembly Should Should Implement Voter I.D. Law