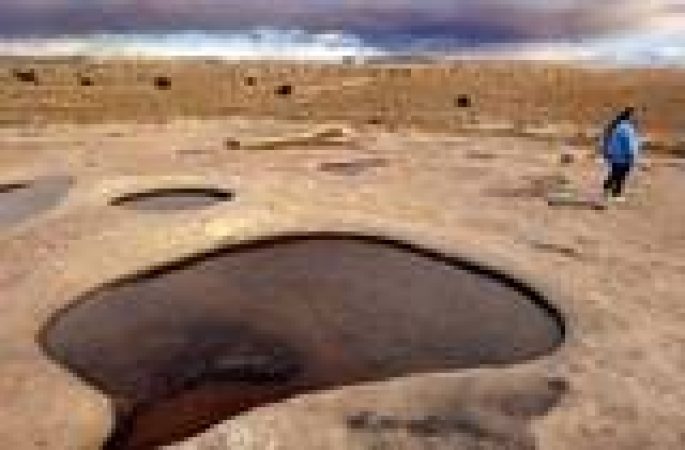 Should the Uranium Mining Moratorium Be Lifted?

The debate over uranium mining in Virginia is reaching a crescendo as the Virginia General Assembly meets for its 2012 Session and those in favor and those opposed are ready to battle over this important public policy and economic development issue. While this is  important , especially to those who live in Southside Virginia, the implications extend far beyond the question of whether or not to exploit the largest undeveloped uranium deposit in the United States.

The broader and more important question concerns the future that we, as residents of the Commonwealth and citizens of the United States, want to forge for our children and their children and grandchildren. America is in decline because we have become dependent on others to provide all of the resources and gadgets that we have become accustomed to, and which lead to the high standard of living and quality of life that Americans enjoy.

The United States became a great nation because for the first two centuries of our existence we were mostly self-sufficient in terms of energy and raw materials needed for manufacturing. We produced tangible goods that not only provided jobs to Americans, but also provided income as those goods were sold at home and abroad. Today, we produce little in the way of tangible goods in this country, as iron and steel, furniture, textiles, electronics, and most other types of manufacturing activities have moved to other countries.
This loss of domestic productivity comes at a great cost. Today the United States imports 57 percent of its oil from foreign sources and in 2009 we spent $309 billion to import oil, enough to hire all of  today’s 14 million unemployed at an annual salary of $22,000. Much of this oil was imported from countries that are openly or covertly working toward our destruction.  By comparison, just imagine the productivity and economic opportunities we are missing by relying on foreign sources for 92 percent of our uranium supply and squandering the domestic potential we know exists.

Many of those who oppose uranium mining claim that cheaper and higher-grade sources of uranium are available from stable overseas producers. This is true to some extent, but we cannot ignore that a large portion of our uranium supply comes from relatively unstable suppliers.

Note that the Russian government supplies almost 25 percent of our uranium, mostly through the Megatons-to-Megawatts program by which Russia sells the U.S. uranium recovered from decommissioned Russian nuclear weapons.  However, this program expires in 2013, at which point the U.S. will purchase all of its Russian uranium from government-controlled commercial suppliers.

Our dependence on the Russian government for such a vital energy resource should give us pause if we recall that country’s recent belligerent behavior toward other countries dependent on its energy exports. In the winter of 2009, the Russian state-run natural gas company suddenly shut off all natural gas exports to Ukraine, leaving millions without heat or electricity for more than six weeks. Such unpredictable and destabilizing behavior was further evidenced by the Kremlin’s recent attempts to meddle in Kazakhstan’s growing uranium industry, which accounts for another 15 percent of the U.S. supply.

Even given this type of uncertainty of supply, the people who suggest that we should import this valuable energy resource are the same people who have bumper stickers on their cars that read “Buy Local.” Perhaps they mean that we should buy local if it benefits them, or at least doesn’t inconvenience them or expose them to risks.

Many of those who oppose uranium mining oppose any and all types of mining or infrastructure development. Some of these people will drive their gasoline-powered cars to town hall meetings to oppose offshore drilling for oil. And some  use their computers that contain copper and gold and many other metals to send out emails opposing development of copper mines. Some go to rallies to oppose building nuclear power plants and then return to their air-conditioned homes and watch TVs that are powered by electricity generated by a nuclear reactor.

There are many reasons to support the mining of uranium in Virginia, if it can be shown through rigorous regulatory review that it can be done with minimal and acceptable risk to the environment and to public health. Most Americans enjoy the many benefits that mining and other types of resource extraction provide, and it is not morally or ethically acceptable for Americans to expect others to face potential risks and inconveniences associated with producing those resources if we are not also prepared to accept some of the risks ourselves.

I grew up listening to parents, grandparents, and friends who lived through both world wars and the Great Depression. From them, I learned that we all have a shared sense of responsibility to sacrifice for the common good.

That sense of shared responsibility is lost today in America, and I fear that the bright future my parents and grandparents built for my generation through their sacrifices will not be there for my children and future generations.

Saying “yes” to mining and producing a valuable non-polluting energy resource within the Commonwealth can and should be the first step toward re-establishing our energy independence and helping to build a brighter economic future.

«
A Rational Approach to Learning»
Are Courts Assaulting Our Liberties?