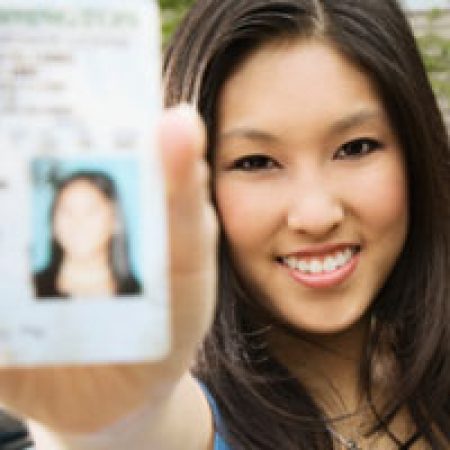 There’s an old Chicago saying, “Vote Early and vote often.” Most of us laugh it off as a comment of a bygone era when city bosses manipulated the democratic process to ensure their favored candidate won. However, history has proven voter fraud is a real and serious issue in American politics. As we prepare for the 2012 elections, Virginia must take action and implement measures to ensure free and fair elections that preserve the integrity of the electoral process.

Requiring photo identification at the polls is a common sense solution that would clean up most of the fraud that occurs during an election. For example, by requiring photo identification, election officers could easily detect cases of voter impersonation, whereby someone poses as a legal voter in order to vote, or that illegal aliens or legal residents without voting rights do not vote.

When a person goes to the bank to open a checking account or cashes a check, boards an airplane, visits a government building (such as the Pentagon or even the Department of Justice to lodge a complaint against the government) he or she is they are required to show a photo identification. Understandably, verifying who you are is important in each of these situations and it should be the same when you vote. After all, the very essence of our republic is based on the notion that as citizens we choose our elected representatives. Voter fraud casts a shadow of illegitimacy over our elections and can lead to a cynical view by the public that the electoral process is corrupt. Simply put, when fraudulent voting exists it erodes a quintessential American value.

Currently, fifteen states have a photo identification requirement to vote. Georgia, Indiana, Kansas, and Wisconsin have very strict photo ID requirements that mandate a voter must show proper identification when voting. Voters who fail to show identification can vote via provisional ballot, which is counted only if the voter returns to show election officials a photo identification. Additionally, Alabama, Florida, Hawaii, Idaho, Louisiana, Michigan and South Dakota require that a voter show an ID before they vote. Those who are unable to show photo ID are allowed to vote if they meet other requirements such as being vouched for by a voter with ID or providing other relevant personal information.

2011 proved to be a watershed year for voter identification. In seven states photo identification was approved and signed into law. And while Texas and South Carolina’s are being contested by the Obama Justice Department, it is evident that states see the necessity of ensuring only eligible voters participate in elections. The Virginia General Assembly has a unique opportunity to continue this trend in 2012 and pass legislation requiring photo identification at the polls to ensure the integrity of our electoral process.

Of course rather than letting a good idea become law, some in the General Assembly will whip out the talking points used by the Obama Justice Department when it halted South Carolina’s photo identification law. They will undoubtedly argue that photo identification disenfranchises minorities and the poor.

But is there any basis to their argument? Does photo identification really disenfranchise voters? The short answer is: No. Through numerous research reports and by studying election returns in states where photo identification requirements are in effect, the evidence proves that instead of decreasing turnout, these states saw an increase in turnout.

For example, in Georgia which passed their photo identification law in 2005, there has been a substantial increase in minority participation. Between 2006 and 2010 African American turnout increased 44 percent and among Hispanics it rose 67 percent during the same period.

In Indiana, during the 2008 Presidential Election turnout increased over 8 percent from 2004 when the law was not in effect. Additionally, according to the US Census Bureau 59 percent of African-Americans voted in 2008, compared to 54 percent in 2004, representing an increase of 5 percent.

The majority of Americans recognize that electoral integrity is important and photo identification helps achieve that goal.

The Commonwealth of Virginia carries the unique title of being the “cradle of democracy.” The General Assembly should honor this distinction by implementing a photo ID law that ensures that the Old Dominion’s elections are free and fair and that there is never a shadow of illegitimacy cast over the results because of fraudulent voting.