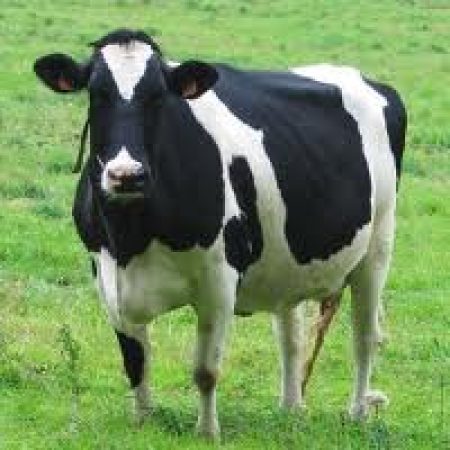 (Editor’s note: Dairy operations in Virginia strive hard to make ends meet and to be good citizens in their community. This article by a noted Virginia environmental attorney shows a growing threat to this important industry.)

According to Capital Press, several Washington State dairies have been sued for violation of environmental laws and the “threatened fines that could total as much as $550 million and put the dairies out of business.”

On February 14, 2013, lawyers from Seattle, Washington and the Center for Food Safety in Washington, D.C. charged the family dairies with polluting groundwater in the lower Yakima Valley.

A review of the complaint filed by the Community Association for Restoration of the Environment, Inc. and the Center for Food Safety, Inc. demonstrates the ongoing opposition by environmental groups against concentrated animal feeding operations (CAFOs) in the United States. These lawsuits, where fines of $37,500 per day are sought, constitute a major threat against animal agriculture.

The environmental groups charge that the Cow Palace Dairy has 6,840 milking cows, 1,700 dry cows and approximately 3,000 calves and claim almost 10,000 animals are confined at the dairy. They claim the dairy produces more than 188,570 tons of manure annually and that the manure is stored in nine lagoons and applied on farm fields. Allegedly, the manure lagoons are located above an aquifer which serves as a domestic water supply.

The suit claim the lagoons are leaking as much as 8.6 million gallons annually, but the groups have no proof of such leakage. The plaintiffs claim they obtain their drinking water from aquifers which run under the dairy and the aquifers have been contaminated with nitrates, phosphorus, hormones, and antibiotics. As a result, the water is unsafe to drink.
These environmental plaintiffs claim the dairy is violating the Solid Waste Disposal Act, the Emergenc

y planning and Right to Know Act, and the Comprehensive Environmental Response Act otherwise known as Superfund. They claim that Cow Palace Dairy “employs improper manure management practices that constitute the open dumping of solid waste in violation of the Solid Waste Act.”

It will probably come as a surprise to some of you that cow manure is considered a hazardous waste.

The question arises as to whether cow manure, cow urine and water constitute a solid waste. The solid waste charge was made against poultry producers in an Oklahoma case in 2009. Chicken manure has phosphorus levels that generally are 3.5 times higher than those in cattle manure. A judge in the poultry cases found that, and presumably in dairy, manure is not a solid waste under EPA’s Solid Waste Act.

The court understood in the poultry cases that poultry litter is not being “discarded, thrown away, or abandoned.” Presumably the same reasoning will apply in the Washington dairy cases.

In addition to this set of charges, the plaintiffs complain that a dairy “…emits hazardous pollutants, including but not limited to ammonia.” The complaint says these hazardous pollutants from the dairy are known to have “negative impacts” on human health.

Plaintiff Center for Food Safety claims that Cow Palace Dairy is violating two environmental reporting statutes mentioned above. It claims that the dairy emits more than 100 lbs. of ammonia per day and that this could cause an emergency which must be reported to appropriate authorities.

This case and others brought against CAFOs indicate the continuing legal actions animal agriculture faces. The complaint says that Cow Palace Dairy contaminates and continues to contaminate groundwater to the extent that the water is hazardous to drink. It also claims that the dairy’s practices of handling and storing manure present “an eminent and substantial endangerment to public health and/or the environment.” The complaint also says that the Cow Palace Dairy constitutes an “open dump” under the EPA Solid Waste Act.

If the environmental groups are successful in convincing a court of these charges, then every CAFO in America will find itself the subject of environmentalists’ lawsuits and substantial legal costs!