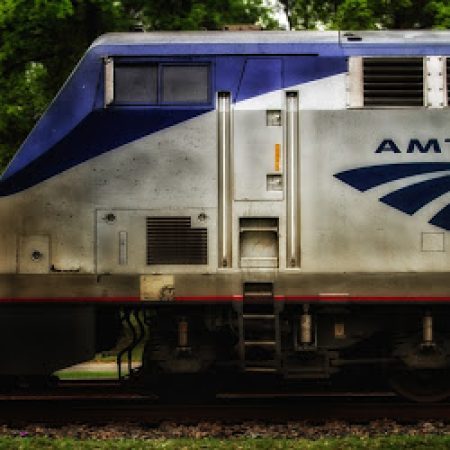 We recognize Mr. Poole (“Amtrak’s Future in Congress’s Hands,” March 21, 2013 Jefferson Policy Journal – click here ) as a preeminent spokesperson for the unrelenting anti-Amtrak faction, rivaling Randy O’Toole. But what Mr. Poole wants readers to believe are myths about Amtrak, are in fact reality. For example:

Myth#1:  “Amtrak boasts 75% of the share of the passenger rail/aviation market between New York and Washington.”

Of course, that statistic is not a myth.  Both Amtrak and the airlines are competing for the lucrative business market between the two cities and Amtrak is, well, faring quite well.  The 2% figure for the share of intercity travel Mr. Poole cites is absolutely meaningless.  Does Mr. Poole mean intercity travel trips?  He is vague.  Amtrak is operating at near capacity (daily train paths) which tells us that Amtrak service is well-patronized.   Mr. Poole does not mention that Amtrak’s Northeast Corridor service is quite profitable (yes, in the full sense of the word).  Mr. Poole’s use of load factors is not clear.  Since we don’t have access to his statistics, we haven’t a clue how he calculates “load factor.”  Suffice it to say that Amtrak sells the same seat a number of times over between New York and Washington, DC.  We wonder how Mr. Poole accounts for this factor.

Myth #2:  “Amtrak ridership grew by 55% since 1997, faster than other major travel modes, and now carries over 31 million riders, an all-time high.”

Mr. Poole quotes Randy O’Toole’s erroneous assertion that using 1997 as the base year distorts the comparison, since that was the purported low point in Amtrak ridership.  Actually, 1996 was the low point.  However, even using 1990 statistics, a high point some 23 years ago and not reached again until 2000, Amtrak ridership has risen some 40% compared to 2012.  And measured from 1996, Amtrak ridership has soared by 71%.  Mr. Poole judiciously avoids the most salient fact.  Amtrak ridership has taken off.  Broken down, all three segments of Amtrak operations have increased significantly since 1996 (NEC Spine (53%), Short Distance (115%), and Long Distance Trains 24%)).  So, regardless of the base year, Mr. Poole’s statistics are not very informative.

We find some of Mr. Poole’s statements here to be reasonable.  What Amtrak sees as cost recovery, we see as a subsidy, especially the treatment of state subsidies paid to Amtrak for operating short distance trains.  But we also believe in a level playing field, and ALL modes are subsidized (we’ll get to Mr. Poole’s argument here in the next myth).  Please note that after 9/11, Congress passed a bailout giving the airlines more than $12 billion to ease the pain, enough to fund Amtrak for quite a while.  We see no reference to that by Mr. Poole.

We would agree with Mr. Poole’s definition of a subsidy.  However, we would, of course, disagree with his efforts to dilute (miniaturize, actually) the actual subsidy. We are truly perplexed as to how Mr. Poole reaches the conclusion that ‘the feds collected slightly more in highway user taxes than they spent on highways.’  Federal Highway Administration figures clearly show that ALL highway user fees collected (gas tax, fees, etc.) total 51% of highway expenditures.  The gap is filled with general revenues (state and local).   Mr. Poole also clearly did not get the memo on what’s happening to the Highway Trust Fund, including the large amounts of general funds injected to make ends meet.

We sympathize with Mr. Poole over his sorrow as a life-long Railfan (this is analogous to ‘…..some of my best friends are…..’).  Crocodile tears, we think.  Trapped in his own paradigm, Mr. Poole can’t free himself to see what is actually happening, that is, a renaissance of truly historic proportions of intercity passenger rail in the United States.  We see a robust Amtrak (or competing private services a la ‘All Aboard Florida’ between Orlando and south Florida) as providing a valuable and viable choice to American transportation consumers.  And they are voting with their patronage.  The ridership track record bodes well for the future in spite of what Mr. Poole would have us believe (his myths).

Email this author.
Glen Bottoms serves as Executive Director of The American Conservative Center for Public Transportation.  He is a retired federal executive, having worked for the Federal Transit Administration for twenty-five years.

Email this author.
Eric C. Peterson is a transportation policy consultant.  Previously he served on the staff of former U.S. Senator John Warner (R-Va), was Deputy Administrator for the U. S. Department of Transportation’s Research and Innovative Technology Administration, and Executive Director of the Landowners Economic Alliance for the Dulles Extension of Rail (LEADER) – the entity that organized the tax district in the first phase of the Washington Metrorail’s Silver line extension to Dulles Airport and Loudoun County, Virginia.