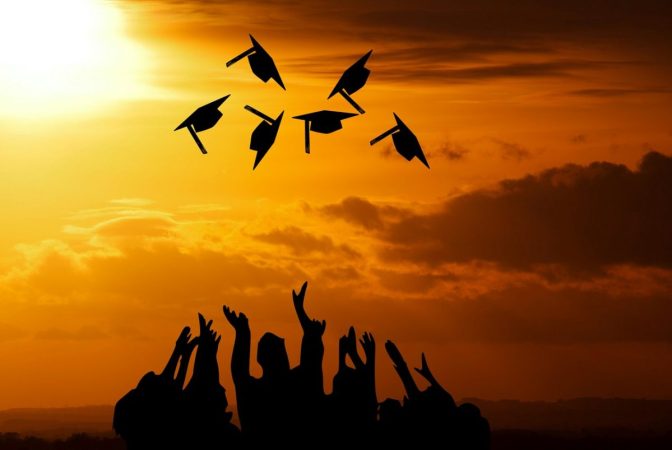 There is more to love about education in Virginia thanks to the budget Governor Glenn Youngkin signed into law on June 22, 2022. It contains the largest education budget in Virginia history at $3.2 billion, $900 million for Historically Black Colleges and Universities, a 10 percent teacher raise, and a statewide literacy initiative. Youngkin’s budget also maintained a $25 million cap for the Education Improvement Scholarships Tax Credits Program (EISTCP), successfully fighting off an attempt to cut the EISTCP cap from $25 million to $12 million.

Established in 2012 by Governor Bob McDonnell, EISTCP provides scholarships to Virginia families with a household income up to 300 percent of the federal poverty guideline (400 percent for students with special needs) for use at private schools. According to a 2021 report, 38 scholarship foundations approved 4,674 awards worth $12.8 million.

I was Virginia Secretary of Education when EISTCP was under consideration, and I encouraged supporters to remember Virginia’s role in Massive Resistance and its use of taxpayer money to fund the creation of private white flight academies during the 1950s and 1960s. Why? To learn lessons from previous policy agendas, and to move our public conversation from a fear-based notion of choice to a freedom-based notion of choice.

Ten years later people committed to opposing EISTCP are again using a fear-based notion of choice, either directly or semiotically. A July 11, 2022 article paints a very dark picture of EISTCP by exploiting a real tragedy Prince Edward County families experienced during the fear-based era of choice to justify painting Jim Crow above the door of private schools that receive public money from scholarship foundations today.

The article warrants a reality check in three ways.

EISTCP is not your grandparents’ segregationist academies: The authors’ overview of segregation in Virginia, the role scholarship foundations played in the creation of white-only private academies, and public school closures in defiance to the Brown v. Board of Education decisions is important history. However, the author’s subtle innuendo that a publicly funded private school program in Virginia in 2022 is analogous to a fear-based choice ideology from the 1950s is uncreative fiction.

For starters, EISTCP requires scholarship foundations to comply with Title VI of the Civil Rights Act of 1964, which is a legislative instrument not available during the early years of the fear-based choice movement in Virginia. Secondly, if EISTCP is an expansion of the white segregation academies of the past, someone forgot to tell this to the Anna Julia Cooper School and Cristo Rey High School which overwhelmingly benefit students of color, or schools with an integrated student body.

Religious schools should benefit from public support: The author identifies St. Andrew’s School, the Elijah House Academy, and the Catholic school-focused McMahon Parater Scholarship Foundation as religious schools that receive public funds from EISTCP, or as one person referenced in the article calls it “taking money that they would otherwise owe in taxes.”

Long before the creation of EISTCP a decade ago, the Congress understood the public benefit provided by religious schools, authorizing public funding and tax benefits to support them. Examples include federal Title I and Title II funds, and a federal charitable income tax deduction for contributing to nonprofit religious organizations.

For many years, federal and state governments have used tax incentives that can be used to support private and public initiatives through: the Coverdell education savings accounts; the New Markets Tax Credits program supporting economic development of distressed communities; the Neighborhood Assistance Act Tax Credit Program for Education supporting nonprofit organizations that provide an education to low-income students in public, religious, and afterschool programs; and the Communities of Opportunity Tax Creditsupporting access to housing in higher income areas for lower-income families.

Similar to these programs, supporting access to private education for lower- and middle-income Virginians through EISTCP improves their chances for economic and social mobility.

Wealthy donors matter: According to the author, it is an issue that “98% of contributions to the program claimed on tax returns during the past six years have been from individuals with six-figure incomes or above.”

It should not be a surprise that wealthy people are the biggest donors to 501(c)3 organizations that provide scholarships to students in Virginia. Wealthy people are essential stakeholders in Pre-K–12 education across the United States. According to one report, nearly 90 percent of affluent families donated to charities focusing donations on basic needs, religion, and education. While high-net worth households account for 3.1 percent of the population, they account for nearly one-third of all charity in the nation. They give four times more in donations to education organizations than the US population (21.6 to 5.0 percent). Rich donors matter.

In closing, EISTCP expands the freedom that families have to choose a school. EISTCP is not perfect, nor is it a choice for all families. Nevertheless, it remains an educational beacon of hope in Virginia.

A version of this commentary was originally published on July 15, 2022 by the American Enterprise Institute.

Gerard Robinson is a member of the Board of Directors for the Thomas Jefferson Institute for Public Policy, a former Virginia Secretary of Education, and an Adjunct Fellow at the American Enterprise Institute. E-Mail this author.