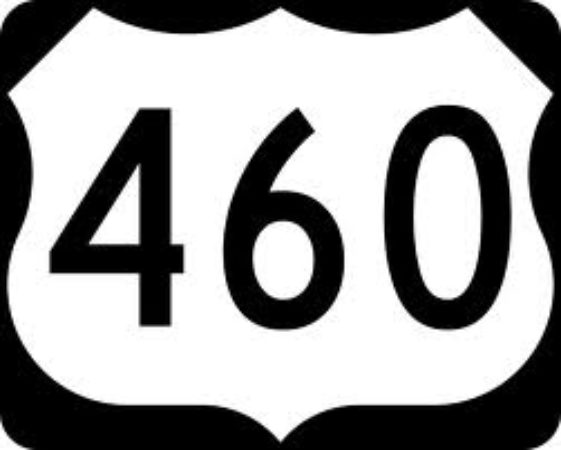 The McDonnell administration’s thinking behind the $1.6 billion reconstruction of U.S. 460 between Suffolk and Petersburg has come into clearer focus with the publication of an economic study by Chmura Economics & Analytics. The I-85 Connector, as the administration has dubbed the project, will have an annual estimated economic impact of $7.3 billion by 2020 and support 14,120 jobs in the U.S. 460 corridor and 11,255 jobs in Hampton Roads, concludes Chmura.

Over and above jobs created by construction and service businesses clustered around interchanges, the four-lane, Interstate-grade highway has three major strategic goals: (1) to accommodate the expected growth of the Port of Virginia upon completion of the Panama Canal widening project; (2) to extend the market reach of the Port of Virginia to North Carolina and beyond; and (3) to serve at least two industrial “mega sites.”

“The new highway will not only reduce citizen travel times, but it will help create much-needed jobs and economic development in some of Virginia’s communities that have been hardest hit by the economic recession,” stated Gov. Bob McDonnell in a prepared statement .

“The Port of Virginia is one of the Commonwealth’s greatest economic assets,” he continued. “Over the coming years, the port is expecting to undergo tremendous growth, but it cannot achieve this growth without the infrastructure and support systems necessary for a thriving port. The proposed new Route 460- Interstate 85 Connector will help address these infrastructure concerns and, combined with the proposed Economic Development Zone, will provide an incentive to grow for the many different businesses and support facilities that will help create jobs for thousands of Virginians.”

The opening of a wider Panama Canal in 2014 is expected to transform the economics of East Coast ports. The Port of Virginia, one of the few ports with channels deep enough to accommodate the massive new vessels now under construction, is well positioned to gain market share. The primary constraints to growth are the rail and highway bottlenecks out of Hampton Roads. The state is addressing rail capacity through partnerships with Norfolk Southern and CSX, while the I-85 connector will provide a high-capacity link to Interstates 95 and 85 around Petersburg. So far, however, the McDonnell administration has been sparse with details about the industrial development it hopes the project will stimulate.

The Chmura report, “Economic Impact of the U.S. Route 460 Corridor Improvement Project,” provides background on that subject that had not been widely disseminated before. For instance, this report states:

Plans are currently in place to develop two manufacturing mega sites in the Route 460 Corridor. Mega sites are certified manufacturing sites that are suitable for large scale economic development. These two planned mega sites are located in Sussex County near the town of Waverly and in Isle of Wight County near the town of Windsor. The Windsor mega site is over 1,860 acres, while the latest document indicates that the Sussex mega site is 610 acres. The combined size of the two mega sites will be around 2,500 acres.

Typically, writes Chmura, mega sites are used for large-scale manufacturing such as automobile assembly. Both sites are still in the development stage, however, and the targeted industries are unknown.

Based on comparisons with comparable industrial mega-sites, Chmura estimates that new manufacturing firms have the potential to directly generate about $4.4 billion in economic output in 2020, supporting 2,635 permanent jobs. In support of that goal, McDonnell has proposed an Interstate 85 Connector Economic Development and Promotion Zone “wherein companies shipping goods through the port or engaged in maritime commerce can operate income tax free for their first two years in operation.”

In addition, Chmura projects, increased port activities are estimated to create $1.4 billion in economic impact (measured in 2020 dollars) while supporting 4,730 jobs in the U.S. 460 Corridor. Of that amount $762.9 million will come from increased operational revenue of the Port of Virginia, which is expected to generate 2,906 direct jobs.

Other than the Chmura study, which was prepared for Deputy Secretary of Transportation David Tyeryar, the economics and finances of the project have yet to be subjected to close public scrutiny. A year-old Coalition for Smarter Growth brief took a critical look but was written before the economic-development dimensions of the project came into clear view. While the Chmura study does quantify the economic impact of the project, it does not purport to answer the question, “Is this a good investment of state dollars?”

The U.S. 460/I-85 Connector is the largest, most ambitious and most expensive economic-development initiative of the McDonnell administration, commanding a $500 million allocation of state dollars. Nothing else comes close. So far, it has received a sliver of the public attention it deserves. Let us hope that members of the General Assembly are asking the tough questions.