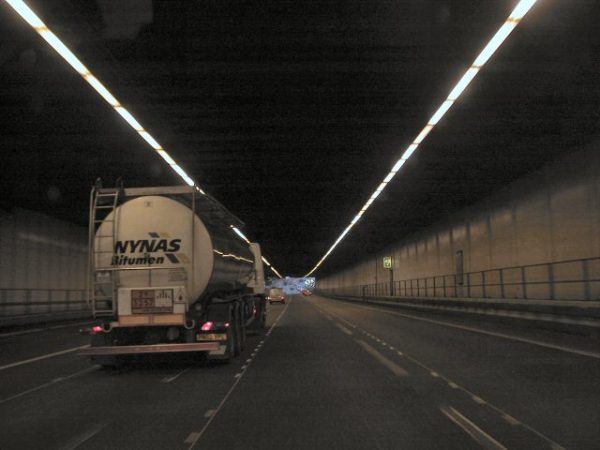 (This article is reprinted from Surface Transportation Innovations, a publication by the Reason Foundation that Bob Poole authors each month.)

For the past two decades, the United States has missed out on one of the most significant advances in urban highway engineering: the deep-bore tunnel.  Such tunnels are now in operation in Madrid, Paris, Sydney, and a number of large metro areas in China. But until very recently, bored highway tunnels were not on the radar of most state DOTs and metropolitan planning organizations (MPOs). Fortunately, that is changing.

The key enabler of most of these 21st-century tunnels is the tunnel boring machine (TBM). Initially used mostly for water and subway tunnels up to 20 feet in diameter, TBMs have evolved to the point of being able to bore 60-foot tunnels. Years ago, the Discovery Channel produced a captivating documentary on the use of a TBM for a combined highway and flood-control tunnel in Kuala Lumpur, explaining in great detail how these amazing machines work. And while I have had the good fortune in recent years to visit the A86West tunnel near Paris and the M30 tunnel in Madrid, shortly before each one opened, until earlier this year I had never actually seen a TBM.

In March I was given a detailed inspection tour of the under-construction Port of Miami Tunnel. It included a walk-through of the 428.5 ft. long TBM (while it was down for scheduled maintenance, typically four hours out of every 24). The cutter head on this TBM is 42.3 feet in diameter, which will allow each of the twin tubes to have 39 ft. inside diameter, to permit two full 12-ft. traffic lanes in each tunnel. As the machine moves forward underground, its conveyor system shifts the excavated material to the tunnel portal, where it is trucked away for use as fill. Another section of the machine installs precast concrete segments to form the finished wall of the tunnel.

The Port of Miami Tunnel is being procured under a 30-year design-build-finance-operate-maintain concession by the team of Bouygues Civil Works Florida (design-builder) and Transfield Services/VMS as tunnel operator. The cost of the tunnel itself is $607 million, which works out to $191 million per lane-mile for the four 4,200-foot lanes. The tunnel links MacArthur Causeway to the Port of Miami on Dodge Island, by tunneling under the Government Cut channel. It will for the first time permit big-rig trucks hauling containers to bypass the surface streets of downtown Miami, giving them direct access to the region’s expressway system via MacArthur Causeway.

Because tunnels are considerably more costly to build than even elevated expressways, their use is limited to special situations. In the French A86West example, a tolled tunnel solved a decades-old problem of how to complete the missing link in the A86 ring road without cutting in half historic Versailles. A comparable situation in Los Angeles—the  more than 40 years’ delayed missing link in the I-710 freeway through South Pasadena– is on the way to being solved via a comparable tolled tunnel, now in a several-year environmental impact assessment.

Another kind of special case is replacing aging elevated freeways through downtowns. The classic example of how not to do this is the notorious Big Dig in Boston, whose cost ballooned completely out of control, with taxpayers and motorists bearing those costs. This is where long-term concessions, especially toll concessions, dramatically change the incentives of the players and shift construction cost risk and traffic & revenue risk to the concession company, as Peter Samuel and I explained in a 2011 Reason Foundation policy brief (http://reason.org/files/transportation_mega_projects_risk_big_dig.pdf)

The first U.S. project of this type is being carried out in Seattle: replacing the seismically challenged Alaskan Way Viaduct—an elevated expressway along the waterfront—with a 1.7-mile double-deck toll tunnel. That project received its final federal approvals last year and is set to begin construction next year. There will be more such cases, as first-generation elevated Interstates cutting through downtowns reach the end of their design lives and need to be replaced. Columnist Neal Peirce recently wrote about a February conference in Philadelphia on the topic of “highway removal.” One case in point was a section of I-95 along the riverfront in that city. While some of those attending waved away the question of “where the traffic would go” if that stretch of I-95 were simply torn down and not replaced, the realists cited the Seattle tunnel example as a more realistic alternative.

Another such example is the crumbling I-278 in Brooklyn. Last fall the New York State DOT abandoned the idea of replacing this vital link, lacking anything like the billions that would be required; its plan is to simply do emergency repairs on an as-needed basis. But as Peter Samuel has reported in TollroadsNews.com, “One of the alternatives being considered would have replaced a looping section of elevated highway [mostly along the waterfront] with a direct 1.5 mile (2.2km) tunnel under Brooklyn.” And although the state does not have fuel-tax money for such a project, Samuel points out that a long-term toll concession might well be feasible, given that this section of the Gowanus/Brooklyn-Queens Expressway carries between 120,000 and 160,000 vehicles per day, 15% of them trucks. That option is now getting support from two state senators, who have introduced PPP legislation. Brooklyn Borough President Marty Markowitz has written to Gov. Cuomo supporting this approach. (www.tollroadsnews.com/node/5650)