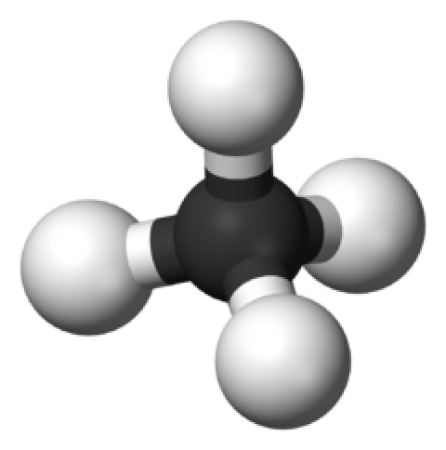 The Obama Administration’s anti-hydrocarbon ideology and “renewable” energy mythology continues to subsidize crony capitalists and the politicians they help keep in office – on the backs of American taxpayers, ratepayers and motorists. The latest chapter in the sorry ethanol saga is a perfect example.

The next lobbying effort will focus on getting E15 registered as a fuel in individual states and persuading oil companies to offer it at service stations. But according to the Associated Press and Washington Post, Team Obama already plans to provide taxpayer-financed grants, loans and loan guarantees to “help station owners install 10,000 blender pumps over the next five years” and promote the use of biofuels.

Pummeled by Obama policies that have helped send regular gasoline prices skyrocketing from $1.85 a gallon when he took office to $4.00 today – many motorists will welcome any perceived “bargain gas.” E15 will likely reduce their obvious pump pain by several cents a gallon, thus persuading people to fill up their cars, trucks and maybe even boats, lawnmowers and other equipment with the new blends.

That would be a huge mistake.

E15 gasoline will be cheaper because we already paid for it with decades of taxpayer subsidies that the Congressional Budget Office says cost taxpayers $1.78 every time a gallon of ethanol replaced a gallon of gasoline. Ethanol blends get fewer miles per tank than gasoline. More ethanol means even worse mileage. People may save at the pump, but cost per mile will increase, as will car maintenance and repair costs.

Ethanol collects water, which can cause engine stalls. It corrodes plastic, rubber and soft metal parts. Pre-2001 car engines, parts and systems may not be able to handle E15, which could also increase emissions and adversely affect engine, fuel pump and sensor durability. Older cars and motorcycles mistakenly (or for price or convenience) fueled with E15 could conk out on congested highways or in the middle of nowhere, boat engines could die miles from land or in the face of a thunderstorm, and snowmobiles could sputter to a stop in a frigid wilderness.

Homeowners and yard care professionals have voiced concerns that E15’s corrosive qualities could damage their gasoline-powered equipment. Because it burns hotter than gasoline, high ethanol gasoline engines could burn users or cause lawnmowers, chainsaws, trimmers, blowers and other outdoor power equipment to start inadvertently or catch fire, they worry.

As several trade associations have noted in a lawsuit, the Clean Air Act says EPA may grant a waiver for a new fuel additive or fuel blend only if it has demonstrated that the new fuel will not damage the emissions control devices of “any” engine in the existing inventory.  E15 has not yet met this requirement. EPA should not have moved forward on E15 and should not have ignored studies that indicate serious potential problems with this high-ethanol fuel blend.

Largely because of corn-based ethanol, US corn prices shot up from an annual average of $1.96 per bushel in 2005 to $6.01 in 2011. This year we will make ethanol from 5 billion bushels of corn grown on an area the size ofIowa. E15 fuels will worsen the problem, especially if corn crops fall below expectations.

Farmers like pork producer Jim A were hammered hard. Over a 20-year period, Jim became a part owner in aTexasoperation and planned to buy out the other shareholders. But when corn and ethanol subsidies went into effect, the cost of feed corn shot from $2.80 per bushel in 2005 to “over $7.00” a bushel in 2008. “We went from treading water and making payments, to losing $100,000 a month,” he told me.

His farm was threatened with foreclosure and the ominous prospect of having to make up the difference in a short sale. After “never missing a single payment to anybody” in his life, he almost lost everything. Fortunately, at the eleventh hour, a large pork producer leased the property, the bank refinanced his loans and Jim arranged a five-year lease. But thanks to ethanol he almost lost everything he’d ever worked for.

Even worse, the price of tortillas and tamales also skyrocketed, leaving countless poor Latin American families even more destitute. Soaring corn and wheat prices have also made it far harder for the USAID and World Food Organization to feed the world’s malnourished, destitute children.

Simply put, corn ethanol is wasteful and immoral. And yet E15 advocates want to go even further.

“For 40 years we have been addicted to foreign oil,” says Growth Energy CEO Tom Buis. “Our nation needs E15 to reduce our dependence on foreign oil, keep gas prices down at the pump, and end the extreme fluctuations in gas prices caused by our reliance on fuel from unstable parts of the world.”

These oil and gas deposits cannot be developed overnight. However, 40 years is not overnight. Yet that’s how long America has kept Alaska’s ANWR coastal plain, most of our Outer Continental Shelf, and most of our western states’ public lands and resources off limits to leasing, exploration and drilling.

If we had started the process twenty, ten or even five years ago, we’d have enough oil flowing to slash imports and cut world crude and US pump prices significantly. If President Obama had approved the Keystone XL pipeline, within two years over 800,000 barrels of Canadian,Montana and North Dakota crude would be flowing daily to Texas refineries – with similar effects on imports and prices.
Developing these resources would also generate hundreds of thousands of jobs – and billions of dollars in lease bonuses and rents, production royalties, and corporate and personal taxes.

America’s surging natural gas production has already driven that fuel’s price from $8 to barely $2.00 per thousand cubic feet (or million Btus). That alone will persuade auto makers to build nat-gas-powered cars and trucks (and consumers to buy them), without massive new subsidy programs as advocated by T. Boone Pickens and assorted politicians. Natural gas can even be converted into ethanol (and diesel).

It will happen, unless Congress interferes – or EPA tries to regulate horizontal drilling and hydraulic fracturing (“fracking”) into oblivion, and send natural gas prices back into the stratosphere.

Right now, we are burning our own – and the world’s – food, to fuel cars and trucks. And to grow corn, convert it into 14 billion gallons of ethanol, and ship it by truck or train, we are consuming one-third of America’s entire corn crop  – and using millions of pounds of insecticides, billions of pounds of fertilizer, vast amounts of energy (all petroleum-based), and trillions of gallons of water.
Just imagine how those numbers will soar, if E15 is adopted nationwide – or if Big Ethanol’s big dream becomes reality, and motorists begin to burn “cheap” corn-based E85 in flex-fuel vehicles.

Will President Obama, Democrats and extreme environmentalists ever end their hatred of hydrocarbons, and their obsession with biofuels – and start embracing reliable, affordable energy that actually works?