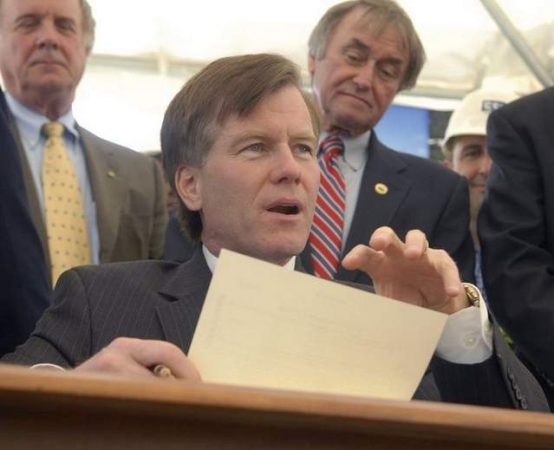 It is imperative that in the current session the General Assembly pass Governor McDonnell’s Virginia Retirement System (VRS) reform package or something similar. Two factors create the urgency in this matter.

First, the Governor and General Assembly leaders made clear for several years their intention to make changes to increase the long-term sustainability of the current defined benefits (DB) system. Rumors and proposals abound, leaving employees in a state of uncertainty about future retirement benefits and contribution rates. There is anecdotal evidence that senior, experienced employees are retiring earlier than they planned in order to lock in current pensions before any changes can be made. A brain drain of key employees is likely to occur if the General Assembly closes the session without settling the issue.

Second, bond credit rating firms are issuing warnings about the Commonwealth or putting it on a watch list for a potential downgrade. Their concern is an expected reduction in federal government spending. Because Virginia benefits significantly from federal spending, there’s an anticipation that lower federal spending will harm Virginia’s economy and reduce its tax revenues. Reducing the cost of the retirement system and shrinking its projected unfunded pension liability could help retain the Commonwealth’s AAA rating.

The Governor’s proposal, released January 12, strikes a fair balance between protecting the reasonable expectations for financial security of employees and reducing the cost of the retirement program to taxpayers. The Commonwealth would increase its contributions to a plan it traditionally has underfunded, and employees would contribute a higher portion of their salaries and have some benefits reduced.

The employer’s contribution to the DB portion of the hybrid plan would be determined actuarially as set out in the state code. This would be an important change from the current DB plan for which the General Assembly traditionally has decided how much it wants to put in the plan each year, putting in less than the actuarially-determined amount 17 out of the last 20 years.

The current DB plan would be the default plan for both existing employees and new hires. Current employees would have 120 days as of Jan. 1, 2014, to choose the hybrid or stay with the DB plan. The option would be one-time and irrevocable.

The Governor’s proposal is a good compromise between the competing interests and the many variables inherent in defined benefit pension plan reform.

The proposal re-establishes the principle that employees should contribute meaningfully to their DB plan benefits, but it does this without inflicting pain on the employees. They have to begin making contributions, but they receive pay increases in the initial years to offset the new contributions. This essentially is done at little or no net cost to the government, because the contributions would have been needed by the government if the employees weren’t making them.

Arguments can made in support of these and other issues. But the Governor has worked with key constituencies to reach a compromise that is estimated to improve VRS’s financial position by $5.8 billion over 21 years through a combination of higher contributions and lower costs. The General Assembly should pass it or something similar, and it must take action this session.