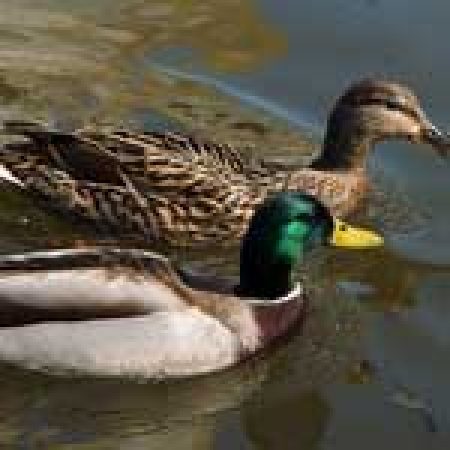 This Lawsuit is for the Birds

(Publisher’s note: Gary Baise is a nationally respected environmental attorney living in Virginia. He was part of the original management team that set up the Environmental Protection Agency.)

North Dakota’s U.S. Attorney, Tim Purdon, must have too much time on his hands. Purdon’s office was responsible for bringing a criminal action in 2011 against several oil companies for unlawfully killing a few mallard ducks because the birds apparently landed on small ponds next to drilling operations in North Dakota’s Bakken field, ingested oil and died.

The MBTA is a criminal statute and was enacted by Congress in 1918. The Act states “…it shall be unlawful at any time, by any means or in any manner, to pursue, hunt, take, capture, kill, attempt to take, capture, or kill, possess, offer for sale, sell, offer to barter, barter, offer to purchase,…cause to be carried, or received for shipment, transportation, carriage, or export, any migratory bird…”

Congress set the penalty for any of these actions as a criminal misdemeanor and upon conviction, a person could not be fined more than $15,000 or imprisoned for more than six months or both.

The agents of the U.S. Fish and Wildlife Service claim that each of the oil companies did “take” a migratory bird in violation of the MBTA. The oil companies’ lawyers filed a Motion to Dismiss against these silly charges.

On January 17, 2012, in a case entitled United States of America vs. Brigham Oil and Gas, L.P. a U.S. District Court judge granted Motions to Dismiss, finding that the oil drilling, with its adjacent waste to oil and water collection pits, were lawful commercial activity and indirectly killing a migratory bird does not violate the MBTA.

The U.S. Attorney, apparently with too much time on his hands and certainly without sufficient oversight, says he will consider an appeal of the judge’s decision.

The MBTA can certainly be used against farmers and ranchers given U.S. Fish and Wildlife’s view that if an activity inadvertently kills birds then the person perpetrating the activity should be indicted and prosecuted.

The dangerous word in the MBTA is what constitutes a “taking” or a “take.”

Environmental groups have used this statute to claim logging is a “taking” because it eliminates the habitat of birds. The courts have not accepted the environmentalists’ interpretation.

The U.S. Department of Justice and the U.S. Fish and Wildlife Agency have asked the courts to interpret the words “take” and “kill” to encompass not only physical activity directed against a bird but also habitat modification and other impacts that arise from lawful commercial activity.

This interpretation could mean any farmer spraying or eliminating a fence row could be engaged habitat modifications and indirectly leading to bird kills. The courts have held that such a broad interpretation “…would stretch this 1918 statute far beyond the bounds of reason.”

To show out of touch the U.S. Fish and Wildlife Service and U.S. Department of Justice lawyers are regarding commercial activities, the court described the MBTA as covering nearly all native birds in this country. There are 836 species of birds protected under the Act and in this case, 2 birds were inadvertently killed.

U.S. Fish and Wildlife also estimates that 2 million birds may be killed annually around oil and wastewater pits. Finally, the North Dakota U.S. Attorney must be considering indicting numerous homeowners with cats because in Wisconsin alone it is estimated that cats kill 39 million birds annually.

The court in trying to bring some common sense to the U.S. Attorney’s charges stated in its opinion, “To be consistent, the Government would have to criminalize driving construction, airplane flights, farming, electricity and wind turbines, which cause bird deaths and many other everyday lawful activities.

The 8th Circuit Court of Appeals has done the right thing in claiming “…that to criminalize such activity stretches the 1918 federal law far beyond the bounds of reason and common sense.”

Apparently this is not a legal concept the U.S. Attorney and the U.S. Fish and Wildlife Service understand. Federal officials who engage in this type of conduct against U.S. citizens need to be exposed and relieved of their responsibility because they are truly dangerous and silly!