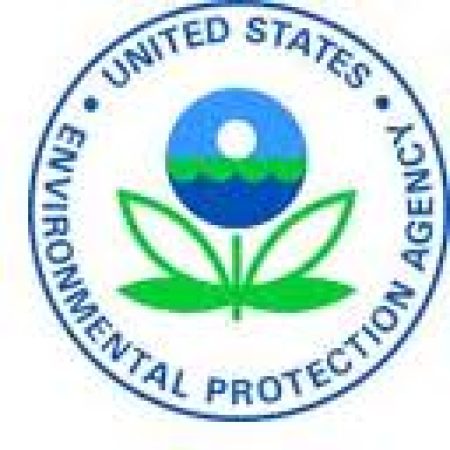 EPA has lost its way on warming

(Publisher’s note: Climate change – global warming – continues to be a catalyst for public policy at the state and local level in our state.  This column helps shed light on the on-going debate over this issue.  Those making policy and influencing policy need to know “the rest of the story” as Paul Harvey used to say.)

Legal challenges by states and industry groups over the Environmental Protection Agency’s efforts to regulate carbon dioxide and other greenhouse gases could and should be decided in the challengers’ favor. Whether that will happen in this highly politicized, semi-scientific matter of “dangerous manmade global warming and climate change” remains to be seen. Regardless of what the DC Court of Appeals decides, the case will almost assuredly return to the Supreme Court, where the outcome is equally uncertain.
In Massachusetts v. EPA, the Supreme Court said EPA had the authority (but not the obligation) to regulate CO2 under the Clean Air Act’s “capacious definition of air pollutant.” EPA could do so, the court ruled, if its administrator concluded that green house gas (GHG) emissions “may reasonably be anticipated to endanger public health or welfare.” In other words, the administrator’s opinion was not sufficient. The agency must conduct a scientific study and make a convincing scientific case for taking action.

Not surprisingly, Administrator Lisa Jackson decided that CO2 does endanger public health and welfare, and signaled her intention to regulate these emissions. However, there are serious problems with this.

First, EPA conducted no original research of its own. Relying on work by the Intergovernmental Panel on Climate Change (IPCC) and other agencies, it merely selected existing studies and reports that supported its predetermined outcome – and ignored numerous studies that contradicted its decision.

Second, scientific opinion is sharply divided on the extent to which these gases might contribute to climate change. EPA chose to disregard this inconvenient truth – and continue the shoddy practice begun by the IPCC and alarmist climate scientists of refusing to discuss or debate the validity of computer models, assertions of imminent disaster, and evidence for and against the catastrophic human-made-global-warming hypothesis.

Third, carbon dioxide simply is not a “pollutant” within the meaning of the Clean Air act. It is not an agent that fouls or contaminates the air, making it harmful to human health. In fact, CO2 is a natural component of Earth’s atmosphere and a key ingredient in photosynthesis. Without carbon dioxide all life on Earth would cease to exist.

Fourth, both the 2007 Supreme Court decision and the IPCC studies relied on by EPA predate the Climategate emails and other scandals that have revealed how contrived, questionable and perhaps even fraudulent global warming disaster “science” actually is. Had those documents surfaced prior to its 2007 deliberations, the Court’s decision might well have been very different.

Fifth, allowing EPA to impose its CO2/GHG regulatory regime would effectively put the agency in charge of every aspect of Americans’ energy use, economic activities and lives. EPA’s unprecedented and exorbitantly expensive rules will severely and adversely affect hydrocarbon use, energy prices, food production, manufacturing, transportation, jobs, home and office heating and cooling, hospital and school operations – and thus human health and welfare.

Finally, and most absurd of all, even eliminating every source of carbon dioxide in the USA – electricity generation, vehicles, industries, humans and animals – would do nothing to reduce other emission sources worldwide. While US carbon dioxide emissions are declining, those sources continue to raise atmospheric CO2 concentrations. Thus, despite their devastating impacts on America’s economy and living standards, EPA’s rules would do virtually nothing to forestall the harms that its pseudo-science predicts.

Into this legal, scientific and regulatory cesspool now comes yet another element, which may yet go down as a key turning point in the debate – more important even than Climategate: Peter Gleick’s February 14 transmission of several stolen documents and a forged memorandum to 15 environmental activists in the United States and possibly abroad.

The stolen documents were taken from The Heartland Institute, a Chicago-based think tank that has received increasing attention for challenging IPCC and EPA global warming doom and gloom dogma, misinformation and propaganda. (Among the documents stolen were lists of HI donors and its entire 2012 budget.) The left and its mainstream media lapdogs had a field day with the information, but focused almost exclusively on the forged memo, which purported to reveal Heartland’s secret “climate strategy” – to make school children, citizens and legislators better informed about actual climate science.

Six days later Gleick, president and co-founder of the Pacific Institute, confessed to the crime. Virtually everyone now agrees the memo is a poor forgery, probably written by Gleick, although he still denies having done so.

Gleick is a prominent member of the global warming clique. His take-down is big news, and one reason this scandal could overshadow Climategate in its impact on global warming debates.

Gleick has been forced to step down from several positions, including as president of the Pacific Institute, and will likely face civil and criminal charges. His is likely to be only the first scalp that global warming “realists” collect from this incident. Heartland has indicated it will also go after Gleick’s accomplices in major environmental organizations and even in the drive-by media.

The criminal and civil cases will drag out for years, and discovery could uncover even more misbehavior in the alarmist camp. Heartland may also face discovery, but the stolen documents suggest that it has little or nothing to hide.

Who knew what Gleick was up to, and when did they know it? Who was Gleick trying to impress by this theft and forgery, and what did he and his accomplices seek to gain?

In the digital era, every email and every PDF document leaves a digital trail. There will be no cover up this time, no white-wash investigations by friendly IPCC and university colleagues. The perpetrator can’t take the Fifth Amendment in a civil suit, and the prospect of time in jail has been known to loosen lips. The whole global warming cabal is wondering when the next shoe will drop, and drop it shall.

The truth will finally come out, and the world will be better for it.
_______
Craig Rucker is a co-founder of the Committee For A Constructive Tomorrow and serves as its executive director.

«
How Many Americans Go Hungry?»
This Lawsuit is for the Birds