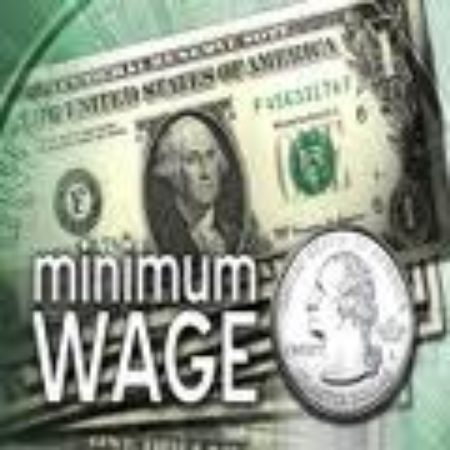 When Congress raised the minimum wage by more than two dollars an hour in 2007, it worsened employment among teenagers. It also furthered a troubling, long-term trend in which fewer teens hold jobs even in relatively good times.

Working as a teen helps to build valuable skills that protect young people from unemployment later on—and it improves their future options and income. It’s also a constructive, character-building use of time.

In 2000, says an analysis from the federal Bureau of Labor Statistics (BLS) cited recently by the Interstate Policy Alliance, 51.7 percent of teens worked at least in the summer. In the next three years, that plummeted by 10 points. Another steep decline occurred from 2006 to 2009, when teen employment sank to 32.9 percent.

The BLS article gives many reasons for this, not just the mild recession at the beginning of the 2000 decade and the worse one several years later. The problem goes back to the early 1990s.

More teens are attending school in the summer. Academic demands in college admissions grew—at a time when college enrollment rates for recent graduates were rising, meaning that more teens were subject to those pressures. Community service, too, is increasingly favored in college admissions, adding another competitor for young people’s time. And for the same reason, more teens are taking internships, often unpaid.

There’s also less incentive to work because, thanks to higher tuition, attending or staying in college now depends so much on financial aid. And finally, both young immigrants in their twenties and older, semi-retired people supplementing their incomes have taken many jobs that native-born youths once held.

But that jump in the minimum wage has also played a role, as a 2010 study by economists William Even and David Macpherson for the Employment Policies Institute, which controlled for recessionary effects and the economic differences among states, makes clear.

As the much higher federal minimum wage took effect in three stages between 2007 and 2009, it cut into teen employment. In the nineteen states (including Virginia) that didn’t have a higher-than-federal minimum wage of their own in this period, it jumped from $5.15 an hour to $7.25.

The authors calculated that teen employment in Virginia was 7.2 percent lower than it would have been without the minimum-wage hike, which translated to about 8,600 fewer 16- to 19-year-olds working. Our experience was comparable to, but slightly worse than, that of the other states where the $2.10-per-hour increase occurred. In those states plus Virginia all told, there were 6.9 percent fewer teens holding jobs than there would have been.

Thirteen other states had a higher-than-federal minimum wage of their own in 2007, but then, due to the large federal increase, a lower-than-federal minimum wage by 2010. The result of the federal enactment, therefore, was to increase the minimum wage somewhat in the period after 2007, but by less than the full $2.10 seen in Virginia and elsewhere. Those states—in stark contrast to the ones with the $2.10 increase—lost only about 1 percent of the teen employment they would have had without the federal raise. Thus, the amount by which the minimum wage grew was a very important factor.

What about unemployment, the percentage of active job-seekers who are out of work? For Virginia teens, it’s far worse than the state’s general unemployment rate of 5.9 percent in July. Teen unemployment was 19.6 percent this April—a full point lower than in the spring of 2011, but still distressingly high.

BLS data shows that as of May, teen unemployment nationally remained over 20 percent for the past 43 months, or three and a half years.

The Even-Macpherson study of the recent minimum-wage impacts is in keeping with a large body of scholarship. According to a 2007 peer review of the relevant economic studies, nearly all of those that offer the most credible evidence “point to negative employment effects” from the minimum wage.

Also, the studies that focus on “the least-skilled groups that are likely most directly affected by minimum wage increases” show there is “relatively overwhelming evidence of strong disemployment effects for these groups.”

In considering the wisdom of hikes in the minimum wage, or indeed of having such a requirement at all, the impact on young people deserves special emphasis because they’re so disproportionately affected.

Nearly half of the country’s 1.8 million minimum-wage employees in 2010, for example, were age 24 or under, according to an analysis of federal data in a study by the Cato Institute, released this June.

Another point suggested by the Cato analysis is that the families of working youngsters don’t actually need their income as often as we might imagine. Among families of teen minimum-wage employees, average income is about $70,000. Furthermore, just 16.8 percent of them are below the poverty line.

Thus, even more than is the case with adults, what a teenager is paid is less important than the fact that he or she is employed.
A recent report from the Idaho Freedom Foundation says it well: “Teens who hold a variety of jobs are often able to experience diverse fields of work, and thus develop a much broader base of knowledge which can become immensely valuable when selecting an occupation. The benefits of working as a teen also include a decreased likelihood of becoming involved with gangs or getting into trouble with the law.”

Moving young people onto the right path, in other words, involves good economics as well as good education. Sadly, the federal government makes this harder with a minimum wage that too many employers find too high to make hiring a teenager profitable.