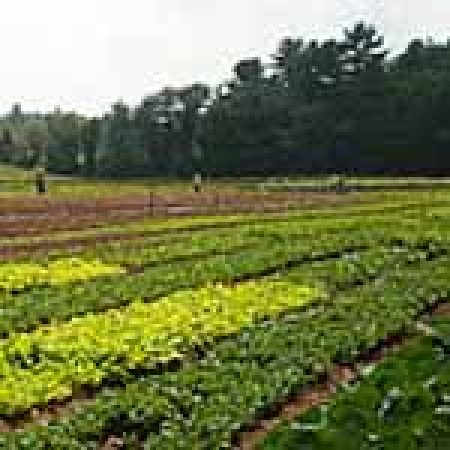 Right to farm under assault in Virginia

A new small business near Virginia’s picturesque Shenandoah Valley is threatened with extinction at the hands of county officials who are determined to twist the law in order to snuff out a local agricultural enterprise.

Located on a 70-acre farm near the village of Paris, Virginia, about 50 miles west of Washington, D.C., the Piedmont Agriculture Academy LLC (PAA) has quickly become a fixture in the local community. PAA functions as both an animal-rescue farm and a place where people can buy the many products originating on the property. Some 168 animals have found shelter on the farm, including alpacas, llamas, emus, a miniature horse, and a vast assortment of chickens, goats, ducks, sheep, turkeys, and cows. Dozens of the well-maintained animals are sheered every year, and their fiber is hand-washed and sold as yarn, socks, scarves, gloves, and nest builders. This year, the farmers who founded PAA have planted nearly 2000 tomato plants and 1000 eggplants on the property and have set up an apiary for producing honey.

A tastefully renovated barn serves as the farm’s on-site store, where vegetables, eggs, fresh and dried herbs, honeybee products, soaps, and handspun fibers from the livestock – all produced on the property – are sold to eager customers.
But if the Fauquier County Department of Community Development (DCD) has its way, the farm may soon have to cease operating. In June, the Piedmont Agriculture Academy was served with a “Notice of Zoning Violation” from the DCD.

The facts are these: In June 2011, PAA applied for and received a business license for the operation of a “retail farm shop.” The issuance of the license required the review and approval of the Fauquier DCD. Furthermore, the property on which the farm is located is zoned Agricultural (RA), with a small area Residential-Village (V), and the current use of the property is similar that that of farms throughout the county.

Subsequent to PAA’s receiving its business license, Fauquier County’s Zoning Ordinance was amended to include a “Farm Sale” use category. The county now alleges that this new use is the one in which PAA is engaged and for which the farm lacks the proper permit.

In a scathing letter to Zoning Administrator Kimberly Johnson, John W. Whitehead, president of the Rutherford Institute, a civil liberties organization based in Charlottesville, Va., excoriated the county for its treatment of PAA. Whitehead pointed out that, “This after-the-fact determination is in violation of Virginia law as well as your own Zoning Code, and it constitutes an improper interference with the owner’s fundamental liberty to own and enjoy real property.”

“The substantive protections inherent in the Fourteenth Amendment’s Due Process Clause are implicated when a municipality interferes with an entitlement that stems from an administrative determination,” Whitehead added. “These protections are certainly implicated in this case, as your ex post facto decision essentially revokes the previous permission given to the property owner to conduct the specific activities in question.”

Karen Moreau, president of the Albany, New York-based Foundation for Land and Liberty, was equally unsparing in her criticism of the county’s action. “I have visited the farm and reviewed the operations of PAA and do not see that your position is supported by the facts or the intent of the law,” she wrote Johnson. “Farming implies that a producer be able to sell his product, free of the dictates of local or even state laws as long as there is no threat to the public health or safety.”

“As former Counsel for Agriculture for the New York State Senate, I am well versed in agricultural law and the ‘right to farm’ protections most states, including NY and Virginia, have adopted to support agricultural practices, which include the right to sell the product one produces,” Moreau added.

The fate of PAA will be determined at a hearing scheduled for August 2nd before the DCD’s Division of Zoning, Permitting and Inspections in Warrenton, Va. At stake is not just the future of a law-abiding business in a small rural community. If Fauquier County officials can pull this kind of bait-and-switch on its citizens, what’s to keep other local governments from carrying out similar arbitrary and capricious actions elsewhere in the country?