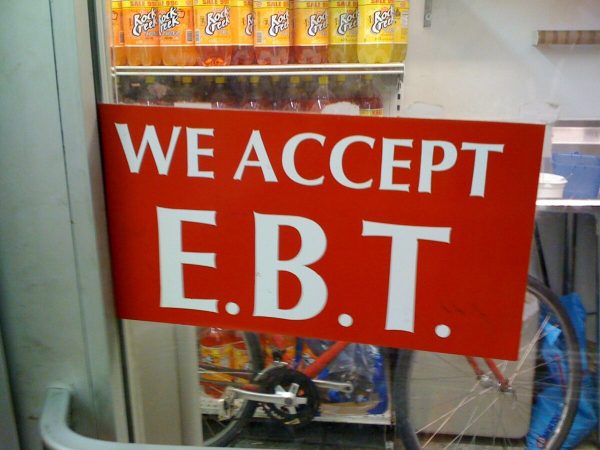 An anti-poverty commission appointed by Richmond Mayor Dwight C. Jones has produced a schizophrenic report recommending how to address poverty in the city. On the one hand, it proffers some common-sense proposals on how to help poor Richmonders find jobs and otherwise improve their condition. On the other, it advocates anesthetizing the poor from the need to find those very same jobs by expanding social safety net programs — food stamps, Temporary Assistance to Needy Families, Medicaid, and more aggressive “outreach” to ensure that low-income individuals get all the benefits they qualify for.
Such contradictions are inevitable, no doubt, from a commission that divvies up the job between six committees, each headed by a different chair reflecting very different views. But the consequence is a report that is uneven in quality and very often fights with itself.

One result of dueling philosophies is that the report abdicates meaningful discussion of the role of family structure — the dissolution of marriage and out-of-wedlock births — in causing poverty, even though, according to the report’s own data, the breakdown of the family is central to any understanding of poverty in the city.

While 25% of the city’s residents live in poverty, 39% of the city’s children do. That is a result of financial incentives and a welfare culture that encourages single women, often teenagers, to bear children whom they have no hope of supporting themselves. Yet the report largely ignores how the absence of fathers from the family contributes not only to material deprivation (although that is offset significantly by federal transfer payments) but moral/spiritual deprivation.

However, some commission members apparently do understand the critical need for intact families to raise children capable of becoming productive members of society. The report alludes to a split:

Some members of the committee favor making a public campaign on behalf of fatherhood and strengthening traditional two-parent families a prominent part of Richmond’s anti-poverty strategy. Other members of the committee have reservations about the wisdom and effectiveness of such an approach, and believe our focus should remain on improving the economic prospects of all types of households and families, and that public policy should generally respect the choices made by individuals under conditions of duress.

Think about that for a moment: Public policy should generally respect the choices made by individuals under conditions of duress. In other words, people can do any damn thing they want, abdicating responsibility for themselves and the children they bring into the world, and society has an obligation to mitigate the effects of their horrendous decisions.

As it happens, I am nearly finished reading, “Life at the Bottom,” by Theodore Dalrymple, who describes how the pathological behavior of poor (predominantly white) Englishmen dooms them to dependency, violence, substance abuse, fractured families and purposeless, meaningless lives. Dalrymple argues that the dysfunction stems largely from (a) a welfare state that relieves people of taking responsibility for themselves and (b) a pervasive moral relativism, first articulated by English elites and since embraced by members of the underclass, that discourages anyone from rendering judgment against atrocious, self-vitiating behavior. A similar relativism appears to infect authors of this report as well.

That’s not to deny that Richmond’s poor face very real problems accessing jobs. There is a real spatial mismatch between where the poor live and where the jobs are located. There is a mismatch, too, between the skills acquired in K-12 schools and the demands of the workplace. The stigma associated with incarceration poses an acute problem, especially for young black men. It is exceedingly difficult even for motivated people to elevate themselves from poverty, and anyone with an ounce of compassion should feel moved to help them.

Unfortunately, the manner in which society has chosen to help had had a corrosive effect on the objects of compassion. Many remedies called for in this report simply extend or amplify the same measures attempted over the last 60 years, all to little avail, as family structures disintegrate and dependency deepens. Despite some good ideas and some useful research, the poverty commission settles for more of the same. By skipping over the dissolution of the family structure and ignoring the critical importance of personal responsibility, this report is a recipe for perpetuating poverty, not eliminating it.