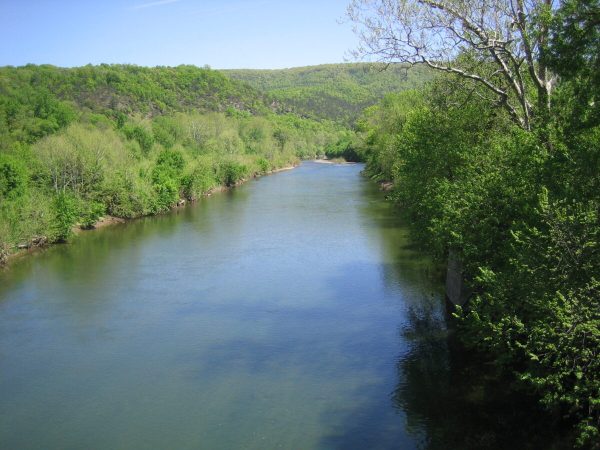 Virginians care about the health of their rivers and streams. The Commonwealth has long been an active partner with the U.S. Environmental Protection Agency in implementing the Clean Water Act.

Lately, however, the state roles and the federal roles have become confused and nowhere is this a bigger problem than where a federal court orders EPA to do the impossible and EPA turns around and tells Virginia that the onus of the impossible is on the Commonwealth and its counties; oh, and that the impossible is federally enforceable.

Here are the facts of this story. Fourteen years ago, two quasi-environmental organizations, the American Canoe Association and the American Littoral Society, filed a law suit against EPA under the Clean Water Act. They wanted EPA to do three things: (i) list all the “impaired” streams in Virginia, that is, ones that failed to achieve the applicable water quality standards; (ii) rank this list by how important the need to take action on those streams; and, (iii) write Total Maximum Daily Limits (TMDLs) that would be used to control how much pollution would be allowed into each stream. The court granted this relief and EPA was to have completed all this, and especially the TMDL development by 2010.

Accotink Creek in Northern Virginia was one of the last streams needing a TMDL. Virginia had written most of the TMDLs for EPA, but in this case, Virginia did not get the job finished and EPA was left with the duty to publish the TMDL.

EPA claims that if more than 25 percent of a watershed is “impervious” then it is inevitable that the stream will suffer a benthic impairment. Herein comes the impossible. About 70 percent of the Accotink Creek Watershed consists of “Class D” soils that are impervious – just as impervious as concrete or tarmac. Indeed, if we removed every form of human improvement on the watershed, every driveway, every building, every street, every parking lot, every church – everything, Accotink Creek would still suffer a benthic impairment because of all the Class D impervious soil (clay) covering the watershed.

Simply put, without effectively replacing 70 percent of the soil in one-eighth of the county, Accotink Creek will always have a benthic impairment. And now comes the rub.
The Court has ordered EPA to write a TMDL for Accotink Creek that, when met, would cure the benthic impairment, and EPA believes it has the authority to force Virginia to do whatever it must to achieve that TMDL, or face punishment.

This is why Virginia’s recent court victory invalidating the “flow-based” Accotink TMDL is illusory. The Court simply told EPA to write some other kind of TMDL for this creek. It doesn’t matter, however, what kind of TMDL EPA might write – because of the natural conditions on the watershed, it will be impossible to implement. The Free Market Environmental Law Clinic, on behalf of the Occoquan Watershed Coalition and the Springfield District Council, is closely monitoring this situation. If EPA refuses to recognize it can’t demand the impossible; if EPA refuses to let Virginia deal with this matter on its own, as the Clean Water Act intended; if Fairfax County is again confronted with a budget busting and completely unfunded Federal mandate, you can expect FME Law to act on behalf of the folks who can’t afford to pay for the impossible.

«
The Intellectual Poverty of Richmond’s Poverty Report»
Institute Releases ‘A Transportation Funding Plan for Maintenance: A Friendly Amendment by the Jefferson Institute