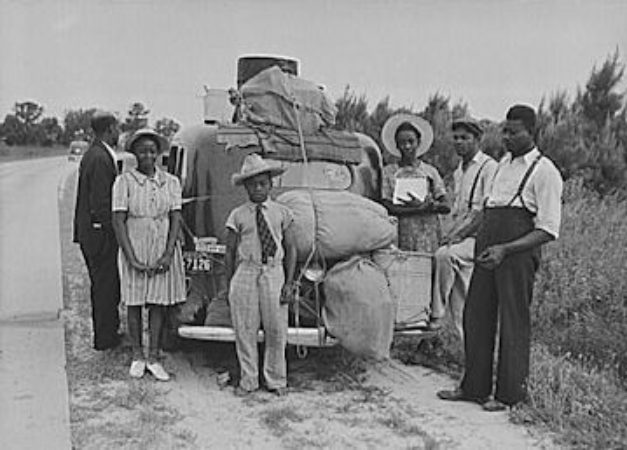 In a reversal of the Jim Crow-era “great migration,” African-Americans are leaving failed cities in the north and returning to the South, writes Daniel Disalvo in a recent City Journal essay. But they’re not moving back to the poor, rural counties their ancestors hailed from, nor are they moving back to the inner city. The migrants typically are moving to the suburbs.

In the no-longer “lily white” suburbs, middle-class African-Americans increasingly share the same day-to-day concerns as their white counterparts. DiSalvo asks whether the suburbanization and Southernization of the African-American population will erode the monolithic loyalty of African-Americans to the Democratic Party. Does this broad socio-economic trend portend a political shift?

As blacks spread out residentially, it becomes harder to draw predominantly black districts. Further, increased numbers of black immigrants from Africa and the Caribbean are likely to change the equation, as their experience in the United States differs significantly from that of native-born blacks. The traditional grievance narrative doesn’t capture the imagination of entrepreneurial Nigerians in Houston or Somalis in Minneapolis.

New political attitudes among blacks also have trouble finding expression when black candidates are concentrated into one party. So some blacks may eventually decide to test their political fortunes outside the safe harbors of the Democratic Party—and that means becoming independents or even joining the GOP. Recently, Republican members of ethnic minorities have had more success than their Democratic counterparts in winning office in states and districts with white voting majorities: think of Congressmen Tim Scott (South Carolina) and Allen West (Florida), Senator Marco Rubio (Florida), and Governors Bobby Jindal (Louisiana), Nikki Haley (South Carolina), and Susana Martinez (New Mexico). That trend could coincide neatly with the southward migration of middle-class, entrepreneurial black Americans. The South, then, in addition to holding more economic promise for blacks, could soon offer them greater political opportunity as well—and, in the process, transform the two parties’ long-established racial dynamics.

I think it’s going to happen. The gap between the race-hustling rhetoric of many Democratic Party politicians and blacks’ real-world experience is getting wider and wider. Assertions that Republicans want to “bring back Jim Crow” are beyond ludicrous. They are psychotic — psychotic in the clinical sense of being totally detached from reality. At some point African-Americans will see that the liberal/progressive policies are detrimental to their interests and serve only to prolong dependency and poverty. When they do, they will, as DiSalvo argues, seek political expression outside the Democratic Party.