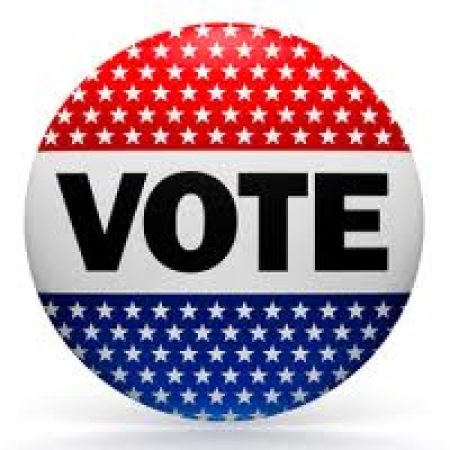 (Old Dominion WatchDog is a news outlet that focuses on issues here in Virginia.  Although the Jefferson Policy Journal does not normally publish news articles, the issue of voter registration and potential voter fraud is a topic of clear interest this year.  Consequently, the article on this topic is republished below and it is followed by a response from Charles Judd, the Chairman of the State Board of Elections.  This is an effort to have a balanced discussion on this very important topic.)

ALEXANDRIA —Virginia elections are vulnerable to voter fraud, unless the state takes the advice teachers give millions of students: Check your work.

Simply checking state voter rolls against such federal databases as the Department of Homeland Security’s could do the trick, an expert from the conservative Heritage Foundation says.

“All of the polling shows that Virginia is too close to call in the upcoming election for president,” Hans von Spakovsky, a senior legal fellow for the foundation and former Federal Election Commission member, told Virginia Watchdog. “That means that every vote is going to count. And if you have people who are registered illegally because they’re not really U.S. citizens or whatever the other reasons are and they vote, there’s potential there for illegal votes swinging the states.”

Von Spakovsky is the first to admit that Virginia State Board of Elections Secretary Don Palmer is doing some fine work. He cites Palmer’s purge of some 10,000 deceased voters from its rolls in August. And the Virginia State Board of Elections is among those pioneering a new system called the Electronic Registration Information Center, which cross-checks records with other states like Maryland.

But, that’s just a start, and the impact will be minimal until the state has access to federal records — criminal records in addition to citizenship records, von Spakovsky said. In 2010, more than 200,000 Virginia residents, or very roughly one in 40, weren’t U.S. citizens, according to the nonpartisan Pew Research Center.

To make sure their voter rolls are clean, county registrars should check regularly with their county court clerks to see who had opted out of jury duty by claiming non-citizenship, which could mean they were registered to vote illegally, von Spakovsky said.
In 2005, the U.S. Government Accountability Office found that between 1 percent and 3 percent of the roughly 30,000 people called for jury duty from voter registration rolls over a two-year span in a single U.S. district court were not actually U.S. citizens.
“If they (county registrars) haven’t done that, then they have not done the job they are supposed to be doing,” von Spakovsky said.

That was an idea that hadn’t occurred to most county registrars.

“No, I did not know we could do that,” said Lucille Epps, general registrar for Surry County. “The state board’s never asked us to do that.”

“I don’t recall any conversation related to that,” said Jim Gilchrist, vice chairman of the Electoral Board for the city of Harrisonburg.

Gilchrist added that the robust immigrant population in his city may be responsible for the city’s relatively low ratio of registered voters to voting age population.

“Forty percent of our students in the city schools have ESL or English as a Second Language, so one can infer from that their parents probably aren’t eligible to vote, even though they’re counted in the Census,” he said.

Voter registration controversies in Virginia and around the nation continue to be a push-and-shove battle between barring ineligible voters from the polls and making sure all who are eligible to vote can.

That delicate balance became an issue this spring for Virginia’s General Assembly, which passed a law requiring ID at the polls. That’ll be in place this November. Democrats expressed particular concern that young people had less access to such ID.
Kathy Doan, executive director of the immigrant advocacy group CAIR Coalition, which stands for Capital Area Immigrant Rights, said laws like Virginia’s disenfranchise eligible voters.

“The fact is that voter fraud is extremely rare, and the greater concern is that in an effort to combat a nonexistent problem, legitimate voters, the majority of whom are poor, minority or elderly, will not be able to cast a ballot,” said Doan.

“The crucial thing is to make sure that all eligible voters can vote,” said Lindenbaum, who said actual voter fraud is a rare occurrence.

But without a photo ID requirement and the ease with which one can register to vote, Virginia’s new voter ID law isn’t about to render this election foolproof, said von Spakovsky.

“I think the Virginia law is a joke,” he said.

But one election official in Northern Virginia said that doesn’t matter — at least, not where she is.

“I don’t think the new ID law is going to prevent fraud, because there’s no fraud to prevent, in terms of misrepresentation of the polls on Election Day,” said Linda Lindberg, general registrar for Arlington County. “There’s no evidence of that.”

Except that there is evidence, however small. As of April, state police had charged 38 people statewide with voter fraud in the 2008 presidential election.

But whether people commit fraud, the potential is still there, said von Spakovsky.

“I think with Virginia, everyone’s predicting, it’s going to be such a close election. I think we want to be absolutely sure that our voter registration list is as clean as we can make it, before the election so we don’t have that kind of an issue,” he said.