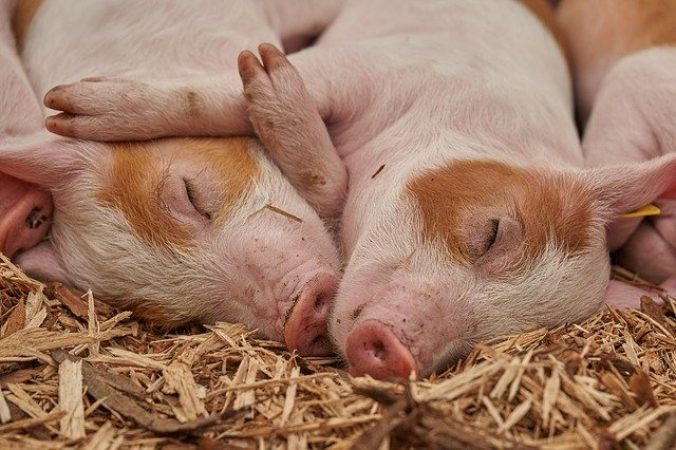 That $900 Billion Stimulus Package includes Pork – lots of it!

Congress has passed, and the President has signed, the $900 billion stimulus package. There’s a lot of pork in the bill, and it includes USDA.

What is your tax dollar going to support?

About $10 million will be made available for gender programs in Pakistan. There will also be a study of the Springfield, Ill., race riots of 1908. There is also funding for studying the succession or reincarnation of the Dalai Lama. There is even money for a commission tasked with educating consumers about the dangers associated with using or storing portable fuel containers for flammable liquids near an open flame.

But let us examine what USDA received. Title I of the Consolidated Appropriations Act, 2021, starts with agriculture and rural development. Under Division A of the bill, there is a Title for the following agricultural programs: farm production and conservation programs; rural development programs; domestic food programs; and foreign assistance and related programs. There is a title for related agency and food and drug administration, and finally there is a Title VII for general provisions. There is even a Title XII for horseracing integrity and safety.

The Office of the Secretary of Agriculture is given approximately $47 million of which he is to spend approximately $5 million. Twenty-one million goes to the Assistant Secretary for Administration.

The language in the bill is enough to make your head spin. For example, the Chief Economist of USDA receives approximately $24 million. Of that, $8 million must go to grants and cooperatives for policy research. The lawyers, of course, are not left out because the USDA Office of Hearings and Appeals receives $15,394,000. The Chief Information Officer of USDA’s office receives approximately $67 million “…of which not less than $56,000,00 is for cyber security requirements of the department.”

The Civil Rights Office of USDA receives approximately $23 million and to maintain the department’s buildings across the country, $108,124,000. USDA apparently has a number of hazardous waste sites and the legislation provides $6,514,000 to deal with this issue.

To protect all the bureaucrats in federal buildings, Congress sets aside approximately $23 million to the Office of Safety and Security, to make sure farmers and ranchers have identification papers to get into USDA buildings. The Office of Inspector General has approximately $100,000,000 to make sure all our USDA funds are spent appropriately. There is even $125,000 for paying confidential informants. In USDA there is even an Office of Ethics, and it receives $4,185,000.

The National Agricultural Statistical Service receives approximately $184 million. This money is used to send confidential surveys to you.

The National Institute of Food in Agriculture also receives for research and other expenses $992,642,000. Another $11,880,000 is spent on Native American Institutions Endowment Fund. Extension activities which include the District of Columbia, Puerto Rico, Guam, the Virgin Islands, Micronesia, the Northern Marianas, and American Samoa are allocated $538,447.

I suspect many of you are not aware of the extension activities involving these areas.

Another program popular with American farmers and ranchers is the Agricultural Marketing Service (AMS). AMS receives the tidy sum of $188,358,000. Of course, AMS may collect fees pursuant to another statute. Of course, Congress claims USDA cannot collect more than $55 million.

Another favorite agency is the Natural Resources Conservation Service (NRCS). NRCS helps conserve soil and water and acquires some lands and water. It also operates and maintains aircraft for which only $832,727,000 is made available. Out of this $832 million, $175 million must be spent on watershed protection and flood prevention.

I will not get into the Federal Crop Insurance Fund or the Commodity Credit Corporation Fund in this column. As you can see, Congress has no problem spending money on agriculture – or gender studies in Pakistan.

This commentary originally appeared on December 28, 2020 in the online Farm Futures.