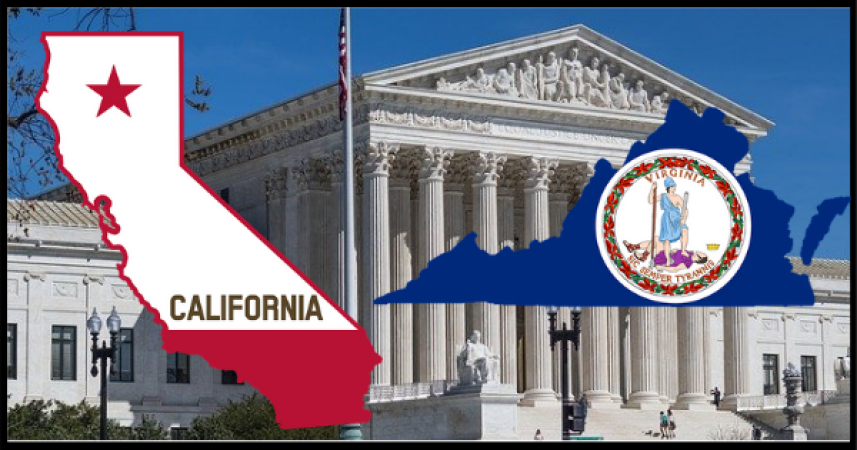 On February 26, 2021 the North American Meat Institute (NAMI) requested the U.S. Supreme Court to review whether California can set the standards for animal agriculture, based on the state’s controversial Prop 12 law.

How agriculture produces meat in our society, and whether California gets to set the standards for everyone else, is in the balance.

The question presented to the Court is simple. “Whether the Constitution permits California to extend its police power beyond its territorial borders by banning the sale of wholesome pork and veal products imported into California unless out-of-state farmers restructure their facilities to meet animal-confinement standards dictated by California.” If the rule is allowed to stand, any hog farmer across the Midwest or elsewhere will need to invest possibly millions in new livestock facilities in order to sell in to California’s vast consumer market. In effect, the law would be a financial burden to out-of-state producers who have no input on California regulations.

This battle goes way back, and we’ve been covering it here for a while. It started in 2008 when California passed Proposition 2, which changed the egg industry. Forrest Lucas and his Protect the Harvest organization stepped into the fight. Protect the Harvest and Mr. Lucas were able to convince the Missouri Attorney General and the Indiana Attorney General to sue California and Massachusetts (with a similar law) in the U.S. Supreme Court. Incredibly, the Supreme Court threw these cases out.

Only one Supreme Court Justice, Clarence Thomas, has any understanding of agriculture. The other justices are all Harvard and Yale educated with little or no agricultural literacy. It is hopeful that the new justice from the Midwest, Justice Amy Coney Barrett, coming from Indiana and Notre Dame, may have some exposure to real animal agriculture.

The petitioner is NAMI and is composed of the nation’s oldest and largest packers and processors of pork and veal products.

Many farmers may have their gripes against the processors and packers but in this case, NAMI is taking the fight to the Supreme Court and it appears they should win for American agriculture. This is good! The petition filed with the Supreme Court is filled with discussion regarding agriculture’s losses in the California District Court and in the Ninth Circuit Court of Appeals. These losses have been covered extensively in my columns and blog.

The Petition is very strong regarding how California is attempting to extend its power over how we produce pork and veal in the United States. Legally a very strong and winning argument is articulated in the Petition when it is claimed, “The Ninth Circuit’s Extraterritoriality Ruling Conflicts With Multiple Decisions Of Other Circuits And With This Court’s Precedent.”

Protect the Harvest, Mr. Lucas and the Attorneys General argued this issue several years ago without success. With the record that has been created it appears this argument should win this time.

The Petition should be read by all who are interested in not having their business decisions controlled by California voters led by the Humane Society (HSUS) and animal rights groups.

This case presents a fundamental question regarding California or any state that wants to direct and dictate trade barriers and production conditions for other states and even other countries. This issue confronted even our founding fathers. A major reason for the original Constitutional Convention was something very similar: states such as Virginia had set up very high barriers for other states to send their products in to Virginia and other states. The Commerce Clause emerged as the Framers’ response, to preclude the kind of discriminatory state legislation that had once been permissible.

Anyone can understand that California is violating the Commerce Clause. Again, common sense was put into our Constitution — that a state statute cannot control commerce wholly outside its boundaries. It was a great decision to prohibit extraterritorial regulation.

California even at this date is sending its inspectors to various states to ensure laying hens have sufficient space in which to produce eggs.

Our founding fathers had special concerns about maintaining a national economic Union “…unfettered by state-imposed limitations on interstate commerce…”. In addition, the Petition tells the Supreme Court and California that ”States and localities may not attach restrictions to exports or imports in order to control commerce in other states.”

California has already passed Proposition 2 in 2008 which required California’s farmers and other states’ farmers to provide housing which did not create cruelty to laying hens. This proposition claimed there were studies that showed caged animals created more food borne pathogens; therefore, California had to set the standards for food safety. This of course has been proven bogus!

The NAMI petition cites many cases from the Supreme Court which strikes down state statutes which regulate production facilities and processes of out-of-state manufacturers. So, the next time you are angry as a farm producer, give thanks and appreciation to NAMI for trying to protect all animal agriculture from California and its views.

A version of this commentary originally appeared on March 30, 2021 in the online Farm Futures. The opinions of the author are not necessarily those of Farm Futures or Farm Progress.