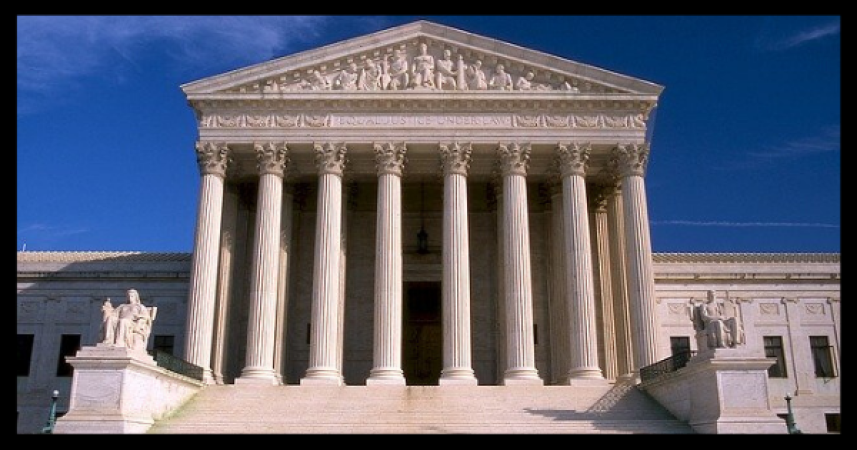 by Gary Baise  posted under Agriculture, JPJ Archive, Land Use

In February 2018, the U.S. Court of Appeals 9th Circuit held that sewage pollutants at the County of Maui, Hawaii, were traceable to wells which discharge into groundwater. That is a violation of the Clean Water Act.

In September 2018, the 6th Circuit Court of Appeals determined that the Clean Water Act (CWA) does not extend liability when pollution from a point source reaches surface water through groundwater.
Now fast forward to last week. On Thursday, April 23, 2020, the U.S. Supreme Court issued an opinion that states a permit is required “…when there is a direct discharge from a point source into navigable waters or when there is the functional equivalent of a direct discharge.”

This will create enormous amounts of litigation as judges try to determine if rainfall on a farm field seeping into a farm tile will be “a functional equivalent of a direct discharge.”

The justices did criticize the 9th Circuit’s decision on groundwater, saying the ”fairly traceable limitation” was simply too broad for the CWA.

The facts
Maui’s wastewater treatment facility collected sewage from the surrounding homes and businesses. It treated this wastewater and pumped approximately four million gallons of treated water into the ground through four wells. This treated wastewater traveled approximately 0.5 miles through groundwater channels and eventually ended in the Pacific Ocean.

Environmental groups alleged that the Maui Treatment Works (MTW) was discharging a pollutant into navigable waters of the U.S. and such a discharge required a CWA or National Pollution Discharge Elimination System (NPDES) permit. A U.S. District Court agreed with the environmental groups, and the 9th Circuit Court of Appeals in San Francisco confirmed the decision saying that when “…pollutants are fairly traceable from the point source to a navigable water” a CWA permit is required.

EPA argued in the case that its interpretative statement should rule. EPA stated, “All releases of pollutants to groundwater are excluded from the scope of the [NPDES] permitting program even where pollutants are conveyed to jurisdictional surface waters via groundwater.”

This argument was opposed by the justices when they concluded this position of EPA “…would open a loophole allowing easy evasion of the statutory provisions’ basic purposes, is neither persuasive nor reasonable.”

The Court believed EPA’s interpretation of the CWA is difficult to reconcile within the statute. The justices believed that so long as identifiable sources of pollutants can be identified, then a permit is required to discharge into a navigable water.

Undermining the stormwater exemption
It does not take much to conclude that this determination by the U.S. Supreme Court undermines the agricultural stormwater runoff exemption. The Court did admit “Virtually all water, polluted or not, eventually makes its way to navigable water.” The Court also admitted as to groundwater sources and nonpoint source pollution, “Congress intended to leave substantial responsibility and autonomy to the States.”

The Opinion does discuss the fact that States have developed methods for regulating nonpoint source pollution. It discusses reports from Maine, California, and Oklahoma. It concluded state regulatory practices undermined the 9th Circuit’s broad interpretation of the statute.

The Supreme Court justices felt that EPA’s view was too extreme. The Supreme Court made law when it stated, “…when there is functional equivalent of a discharge. We think this phrase best captures in broad terms those circumstances in which Congress intended to require a federal permit.”

The Court believes time and distance are critical in determining a “functional equivalent” discharge. It uses this example: “Where a pipe ends a few feet from navigable waters and that pipe emits pollutants that travel those few feet through groundwater or over the beach, the permitting requirement clearly applies. If the pipe ends 50 miles from navigable waters and the pipe emits pollutants that travel with groundwater, mix with much other material, and end up in navigable waters only many years later, the permitting requirements likely do not apply”.

More litigation is what this creates!

A version of this commentary appeared on April 28, 2020 in the online Farm Progress.