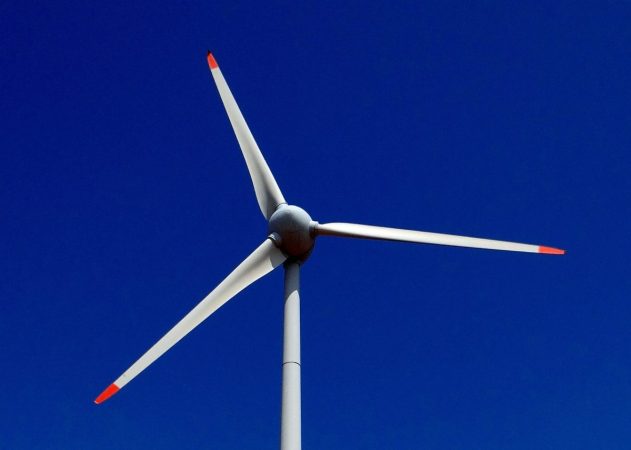 Advocates made their case Monday for a proposed settlement that offers Virginia consumers some protection from construction cost overruns on Dominion Energy Virginia’s proposed offshore wind project. Not everybody said it was superior to an earlier proposal that protected consumers from future operational failures, but all saw it as unlikely to kill the project.

The earlier approach, placing the risk of operational failure over 30 years on the utility, was going to kill the project, the utility claimed. The utility stood by that threat in the hearing in front of the Virginia State Corporation Commission. But the company is willing to risk its shareholder’s money on its ability to complete the project on time and on budget, its attorney told the Commission.

There was no indication during the hearing when a decision would come. The two judges could leave their original order unchanged or issue a new one based on the proposed agreement between Dominion, Attorney General Jason Miyares (R), two environmental groups and Walmart, one of Dominion’s largest commercial customers.

Other parties, including representatives for major industry and the SCC staff, didn’t sign the stipulation. Nor did they oppose it, and Commissioner Judith Jagdmann polled them one by one.

Two conclusions are evident from the hearing. First, all the parties to the new approach took Dominion’s threat to kill the project at face value and that is what backed them down, including Miyares. He had Deputy Attorney General Steven Popps appear at the hearing, not just consumer section chief Meade Browder, to emphasize his (Miyares’) desire to save the project in a closing statement.

The other firm conclusion is everybody must expect Dominion will blow past the current construction cost estimate of $9.8 billion. Otherwise there is nothing to protect consumers in this approach. Under this, up to $10.3 billion in costs will be financed fully by customers (and perhaps taxpayer subsidies), and the next $1 billion is then split 50-50 between customers and the company.

Beyond a total of $11.3 billion, any extra cost is on Dominion. The total cost could actually rise to $13.7 billion under this agreement with the SCC needing to accept that the General Assembly has imposed a legal presumption that it is reasonable and prudent. If that day comes, expect all the legislators left in office who voted that way in 2020 to cry, “we didn’t know!” (They didn’t ask.)

Unfortunately, the hearing also produced no new information on the impact of the new federal Inflation Reduction Act with its rewrite of all the rules and subsidies on wind projects. For example, the utility can now consider whether to claim investment tax credits, which could lower construction costs, or production tax credits that lower the future operating costs. The federal government is still working on the rules and tax details.

Nobody cuts to the quick better than attorney Will Cleveland of the Southern Environmental Law Center, one of the environmental advocates. He endorsed both approaches – a cap on construction risk or on operational risk – and said he would help the SCC defend either on appeal. But the deal on construction risk won’t be appealed by Dominion, he said, nor will the utility run to the 2023 General Assembly to override it. Cleveland was the only person to discuss legislative risk openly, but it exists.

Of course, legislative risk works both ways. The House of Delegates’ Republican majority voted out a bill in February to repeal the law that makes this project virtually mandatory. It died in the Senate, but the threat of a repeat and a pending election also motivated the parties to find some settlement that provided a path forward before legislators return in January. As noted above, the parties who signed want it built. Sierra Club’s lawyer Cale Jaffe called the project “an exciting enterprise, urgently needed” and noted his client’s enthusiasm.

A final conclusion from the hearing. Commissioner Jagdmann’s retirement is indeed bad news. She was highly engaged during the two hours, peppering the lawyers with questions and introducing her own exhibit on consumer cost. It will provide a great basis for comparison if (when) the construction cost does blow past $10 or $11 or $12 billion, or if (when) the energy output indeed lags behind Dominion’s exuberant projections.

She questioned each lawyer over who they actually represented and how they got their power. Thus it emerged that Walmart is not a full Dominion customer but instead uses competitive suppliers. Despite that, by law it has to pay the same rider OSW as full Dominion customers. That could mean the construction cost risk is more important to it than the operational risk.

She made every party agree they understood this one project would more than double the utility’s capital rate base, with the parallel wave of massive solar investments adding even more consumer cost. “Ya’ll need to pay attention to affordability as we move along,” she quietly cautioned.

A version of this commentary was originally published November 21, 2022 in the online Bacon’s Rebellion. Stephen D. Haner is Senior Fellow with the Thomas Jefferson Institute for Public Policy. He may be reached at steve@thomasjeffersoninst.org.