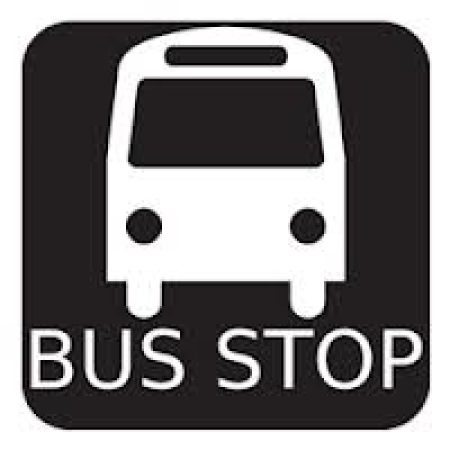 Rail vs. Buses: The Argument Continues

(Publisher’s note:  On June 21, Gabriel Roth wrote in the Jefferson Policy Journal a column critical of the then-proposed extension of Dulles Rail into Loudoun County. On July 16, Glen Bottoms and Eric Peterson responded.  Loudoun Count’s Board of Supervisors approved the extension of rail by a close one-vote margin so it is moving forward, but the controversy continues.  Below, Bottoms and Peterson respond to comments made two of our readers.)

David LaRock commented on August 24, 2012:
I agree with Mr. Roth in questioning you both as conservatives. Given your credentials, it is reasonable to rule out that you just don’t understand the full range of factors involved in the Dulles Rail debacle. A true conservative would have some regard for conserving the rights and freedoms of the people affected by this project. Dulles Rail is so much worse than a poor remedy for the need to expand transit capacity.

Funding this project by picking the pockets of Dulles Toll Road users to the tune of 54%, the share which originally was to be provided by the federal government, is highway robbery. The funding plan only reveals the desperation of the projects promoters to get it done and then deal with the disasters that follow. It will not work.

Toll avoidance to the tune of 35,000 cars a day is a certainty based on credible study. I believe this is where the decreased mobility comes from. Likewise, wasting vast portions of Virginia’s scare transportation funding on this shiny relic will spur shifts in growth that bring no net economic benefits but will impose huge need for modification to road networks. The conclusions are quite obvious. We might see some economic activity, but the cost comes nowhere near justifying the benefits.
When the shell games are over, the developers and contractors are fatter, the average guy is stuck with the bill for building and maintaining the thing. This is a classic wealth re-distribution scheme masquerading as a transportation project. Any half way astute conservative should be able to spot it a mile away.

David LaRock is a member of NOTOLLINCREASE.org

Response by Glen Bottoms and Eric Peterson:
It is unfortunate that the project had to rely on toll revenues to make up for the lack of investment by the State of Virginia.  While Virginia’s Governor had absolutely no problem in plopping down $400 million for the Beltway HOT Lanes project, he gags at increasing the miniscule state contribution to the Dulles extension.  As usual, when it comes to citing facts, we get “the cost comes nowhere near justifying the benefits.”  Study after serious study has documented the considerable economic uplift the Dulles extension will bring to that corridor.  Studies have shown that the Dulles Extension will benefit Loudoun County with: 1) $25 billion in additional economic activity; and 2) 40,000 additional professional and business services jobs.  This is a ‘shiny relic’ that will join a system already carrying almost one million riders a day.  We love the characterization that this is a wealth redistribution scheme masquerading as a transportation project. Would you characterize the Beltway HOT lanes in the same manner? Or the soon to be built I-95 HOT lanes?  Every project entails employing a contractor or contractors.  Developers will be drawn to new opportunities, risking their private resources to build enterprises to take advantage of the new facility.  Sure sounds like capitalism to us.  The financial plan to build the Dulles extension is a very complex one, because a large share comes from the region due to the small contribution from the State of Virginia and the constrained kitty of the Federal Transit Administration.  While tolls will rise over time (as does everything else), the net benefits to the corridor will be astounding.
Your figure of 35,000 wayward cars avoiding the tolls sounds to me like people are making business decisions to forego any time savings and tolerate increased congestion on adjoining roads to save a few bucks (although 35,000 sounds rather high).  Many of those toll avoiding drivers will certainly conclude that Metro is not such a bad bargain after all.  Rational decision-making at work, we think.

A true conservative would have regard for conserving the rights and freedoms of the ALL the people affected by this project.  Analyses demonstrate the expanded capacity for moving people that Dulles Rail brings to the corridor, something that highways cannot achieve.  The associated economic development (which is already occurring along Phase 1) will also bring greater prosperity   If you’re saying that conservatives should have only concern for automobile drivers, we reject that narrow belief.  We are for mobility and choice, something that too many of our population do not currently enjoy.

Eric H (no last name provided in this comment) September 1, 2012:
“they have to perform like rail (like having intermediate stations, buses coupled together train-like) and spark economic development”

This is an absurd collection of features. Buses do not have intermediate stations or couple together? Their flexibility in routing is a primary feature, not a bug. You can, in fact, buy articulated buses if you feel that is a necessary feature. Finally “spark[ing] economic development” is not an inherent feature of trains. From antebellum history to present experience, there are plenty of examples of railroads which were built and did not spark economic development, though much ink was spilled to convince the polity of that ex ante. About 2.5 miles from my house is a lonely commuter rail station whose existence still fails to attract passengers or businesses, while buses zoom past in several directions with passengers aplenty.

“Our arguments on the economic benefits … are compelling and fact-based. No need to repeat them here.”

Your assertion that your own arguments are compelling is just that: an assertion. Not only is there no need, there is also no point in repeating your previous assertions.

The general tone of your posts in this series has been condescending and snide. Professor Roth has been much more professional and, IMHO, correct. You might consider that as you go forward. Facts and logic, not sneers and pejoratives.

Response by Glen Bottoms and Eric Peterson:
Perhaps you need to read both Mr. Roth’s article and subsequent comments and Mr. LaRock’s post to gain the flavor of the remarks to which we are responding.  We haven’t been getting facts and logic but, well, sneers, pejoratives and condescending remarks.  Our statements on economic development are based on a combination of past experience and accepted research methods.  Are they 100% accurate.  Of course not.  But we do have a solid base of information from which to draw our conclusions?  Yes, actually, we do.  We can’t tell you how many times we have encountered statements such as “rail transit is a waste of money” without even a dilatory attempt to justify the statement.  Now that’s an assertion (by the way, Webster defines “assertion” as ‘a positive declaration or averment, often unsupported’).

Your criticism of our description of what buses need in order to be “rail-like” as being absurd, is really a sneer.  The “flexibility” of the bus is also one of its weaknesses.  Economic development is based on permanency, as any developer will tell you, as in fixed facilities represented by rail.  Buses surely have their place and they are and will be the primary carrier of transit patrons.  Yet there are many corridors where rail is a better choice, both from efficiency, effectiveness and economic development potential.  The Dulles Extension comes to mind.  Your comment about trains is, well, absurd.  Comparing intercity trains of yesteryear to modern rapid rail transit has absolutely no relevancy.  We’d be curious to know which commuter rail station you pointed out since VRE is carrying record-breaking numbers.  We also might point out that you give very little detail with your anecdotal information.

We are not combative by nature by we do take issue with assertions which have very little basis in fact.


Email this author.
Glen Bottoms serves as Executive Director of The American Conservative Center for Public Transportation.  He is a retired federal executive, having worked for the Federal Transit Administration for twenty-five years.


Email this author.
Eric C. Peterson is a transportation policy consultant.  Previously he served on the staff of former U.S. Senator John Warner (R-Va), was Deputy Administrator for the U. S. Department of Transportation’s Research and Innovative Technology Administration, and Executive Director of the Landowners Economic Alliance for the Dulles Extension of Rail (LEADER) – the entity that organized the tax district in the first phase of the Washington Metrorail’s Silver line extension to Dulles Airport and Loudoun County, Virginia.