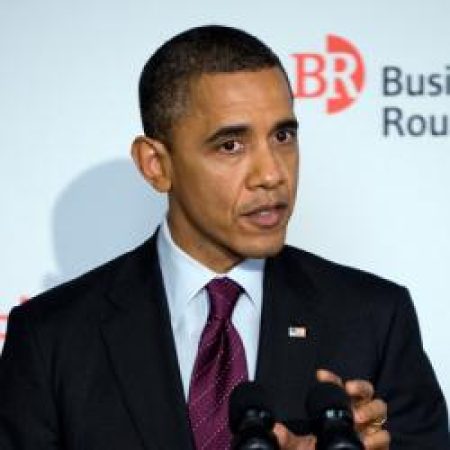 (Publisher’s note: Obamacare will continue to be controversial regardless of who wins the presidential race next month.  Medicare is a huge issue in the health care debate taking place here in Virginia and around the country.  This article adds to that public policy debate.)

Shortly after the Affordable Care Act (commonly known as Obamacare) became law, Stanley Kurtz, a senior fellow with the Ethics and Public Policy Center, wrote that “IPAB is the real death panel, the true seat of rationing, and the royal road to health-care socialism.” Criticisms of IPAB have multiplied since this time, and even some liberal Democrats like Barney Frank have called for its repeal.

In stark contrast, a White House press release has described IPAB as a “critical contributor to Medicare’s solvency and sound operations,” and President Obama has called for broadening its powers. Furthermore, FactCheck.org, an organization with a mission to “reduce the level of deception and confusion in U.S. politics,” recently declared it is “far from accurate” to claim that IPAB is “a source of rationing.”

What exactly is IPAB? It is a board of 15 senate-confirmed presidential appointees that is required to limit Medicare spending for years in which the Medicare chief actuary projects that the program will not meet the cost targets in Obamacare. The rationale for creating such a board is that it can make hard decisions that politicians may not make because they are swayed by lobbyists and because they must face voters on election day. Also, the board is to be comprised of individuals with expertise in healthcare and related fields, which presumably would qualify them to make informed decisions.

• The board’s proposals automatically acquire the force of law unless new laws are passed to override these proposals.
• The board can function with only one of its 15 seats filled, and if the board does not submit a proposal by the required deadline, the Secretary of Health and Human Services (another presidential appointee) has the power to submit a proposal in its place.
• The board cannot be abolished unless Congress introduces a bill to repeal it in January 2017 and then passes this bill by August 15, 2017 with three-fifths majorities in both houses and the signature of the president.
• The board’s proposals are exempt from the oversight of courts, as the law explicitly states, “There shall be no administrative or judicial review … of the implementation by the Secretary … of the recommendations contained in a proposal.”

Despite these impressive powers, FactCheck asserts that the board’s “power is quite limited in scope” because the law prohibits it from making “any recommendation to ration health care,” “increase Medicare beneficiary cost sharing,” or “otherwise restrict benefits or modify eligibility criteria.” A critical point that FactCheck fails to mention, however, is that the interpretation of these words is left entirely to the board because its decisions are not subject to administrative or judicial oversight.

The implications of authorizing presidential appointees to unilaterally interpret what it means to “ration health care” are momentous. The board can define this term very narrowly, and it can impose polices that technically don’t fall under their definition of rationing but effectively cause it anyway. Enacting price controls is one obvious and probable way in which this can occur because this is the primary mechanism by which Obamacare seeks to control Medicare costs, as detailed below.
To observe the implications of price controls in medicine, we need look no further than Medicaid, the government’s healthcare program for low-income people. Medicaid patients are already subject to effective rationing through price controls because the program’s payment rates for healthcare services are far below market prices. Repeated studieshaveshown that Medicaid’s low payment rates impede access to healthcare, and as the 2011 Medicare Trustees Report explains, low Medicaid payment rates for health care services “have already led to access problems for Medicaid enrollees.”

Similarly, price controls in Obamacare progressively cut payment rates for inpatient hospital services over the next three generations to “less than half of their level under the prior law.” As the program’s actuaries explain, this will probably cause “severe problems with beneficiary access to care.” Regardless of whether one calls this “rationing” or not, the practical result is the same as explicit rationing.

FactCheck.org claims that IPAB won’t be able to touch many of the healthcare services that Medicare pays for, but this is manifestly untrue. Citing a Kaiser Family Foundation report, FactCheck writes that IPAB is “limited to getting savings from Medicare Advantage (subsidized private insurance that currently covers about 1 in 4 on Medicare), ‘the Part D prescription drug program, skilled nursing facility, home health, dialysis, ambulance and ambulatory surgical center services, and durable medical equipment.’”

That quote appallingly misrepresents the Kaiser report, which explains that these limitations on IPAB are only in effect “until 2020,” and they exist simply because the Affordable Care Act cuts Medicare payment rates for certain services by greater amounts than other healthcare services. In other words, the services exempt from IPAB until 2020 are required under Obamacare to undergo more severe payment cuts than other services.

So does the Affordable Care Act ration Medicare? This depends upon how one defines rationing, but from the standpoint of Medicare patients, the program’s actuaries have been clear that the law’s price controls will likely cause “withdrawal of providers from the Medicare market” and “severe problems with beneficiary access to care.” Any analysis that neglects these facts does not provide an honest assessment of whether Obamacare rations Medicare.

«
Another Attack on Large Livestock Farms»
Rail vs. Buses: The Argument Continues