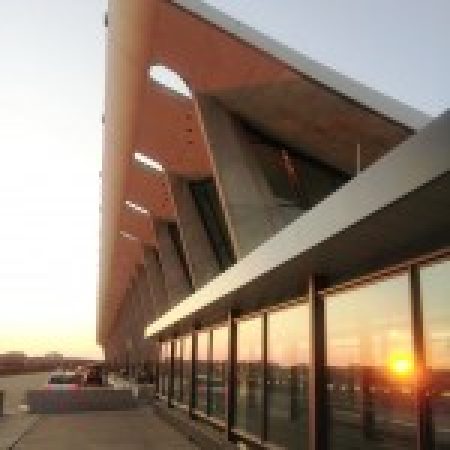 (This response from Gabe Roth is part of the articles that have been carried in the Jefferson Policy Journal on June 21 (here) and July 16, 2012 (here).

I do not know what Glen Bottoms means by “conservative principles”. I thought such principles would require travellers to pay the costs of the projects they benefit from, yet Glen is defending a project that cannot be funded without expenditures by taxpayers and by users of the Dulles Toll Road, the latter payments now being under legal challenge.

My article had nothing to do with “pushing arguments against mass transit”. It was about “A Better Way to Improve Transit”. I tried to explain why buses can provide superior transit service compared to rail, and at a small fraction of the cost, and I am sorry that some still do not follow the calculations.

To give an example, I pointed out that buses in the median of the Dulles Access Road (which is not the Dulles Toll Road, but the road for those travelling to the airport) could carry all of the Silver Line traffic and still leave plenty of capacity on that road for tolled vehicles, and that these tolls could be levied electronically at levels high enough to ensure uncongested flow on the lanes at all times. Such lanes have been performing well in California since 1995, and new ones are now being constructed to increase road capacity in Northern Virginia.

As for the comparative speeds of travel by express buses versus trains that stop at every station, WMATA has not got round to publishing its time-tables and I used my best estimates. Those who disagree are welcome to carry out their own studies, being careful to compare like with like, e.g. rail services on their own right-of-way with buses on theirs. Comparing rail services with those provided by buses in mixed traffic will not do.

Glen used the assertions of Stephen Fuller to make his case. Fuller’s assertions are just that —assertions. Nowhere in his paper does he show how the reductions in mobility expected from the Silver Line are going to increase economic development. And mobility would be reduced in Loudoun County because more trips are expected to be “tolled off” the Dulles Toll Road by the tripling of tolls than are to be generated by the Silver Line.

We’ve all heard of transportation projects (“Roads to nowhere”) whose costs exceed their benefits, but the Silver Line Phase 2 being promoted by Dr. Fuller, and supported by Mr. Bottoms, is the only one that I know that is actually expected to reduce mobility. The vast majority of those interested in transportation, whether “conservative” or not, do not support projects that reduce mobility.