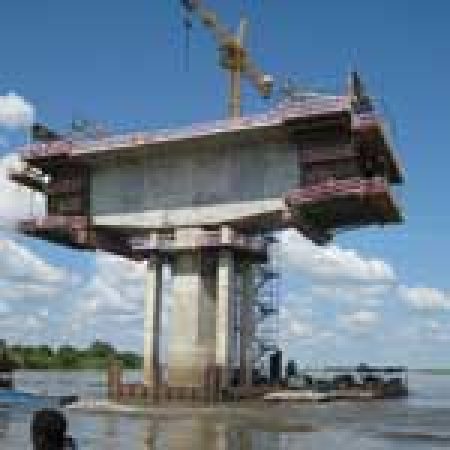 (This column first ran in Surface Transportation Innovations.  Virginia has many bridges and many needed road projects.  This column offers ideas for our policy leaders to consider.) From large to small, new or replacement toll bridge and tunnel projects are proliferating around the country, as state DOTs and city governments cope with diminished fuel-tax revenue.

One of the largest projects reached financial close in April: the $2.1 billion Midtown Tunnel project in the Hampton Roads/Norfolk, Virginia area. Financing for the toll tunnel includes $675 million in tax-exempt private activity bonds, a $422 million TIFIA loan, sponsor equity, and a state (VDOT) contribution of $395 million. The Skanska/Macquarie joint venture holds a 58-year concession for the project. The new tunnel will supplement an existing tunnel, with both being tolled to generate enough revenue to pay for the project, which is expected to reduce trip times by 30%.

In North Carolina, a commercial close (agreement on all terms, prior to doing the financing) is expected this summer on the Mid-Currituck Bridge, a new bridge in connecting the mainland to beach communities on the Outer Banks. The $651 million project will be developed under a 50-year concession by a 15-member team led by ACS Infrastructure Development. The financing package is expected to be similar to that used for the Midtown Tunnel in Virginia.

At the other end of the size scale, a replacement for the obsolete (closed) South Norfolk Jordan Bridge in Chesapeake, Virginia is expected to open late this summer. The bridge replacement resulted from an unsolicited proposal by Figg Bridge in December 2008, which was accepted by the city council the following month. In exchange for a perpetual franchise (build-own-operate), the consortium called United Bridge Partners (financier American Infrastructure MLP Funds and Figg Bridge Builders) is funding 100% of the $140 million bridge in exchange for the right to all toll revenues. The franchise includes a commitment by UBP to expand the bridge beyond its initial two lanes when traffic growth warrants doing so. The bridge is just over a mile long.

The same team reached an agreement in May to develop another bridge under the same kind of franchise agreement, this one in East Chicago, Indiana. As was the case in Chesapeake, VA, the current bridge was closed as unsafe in 2009, but the city of 32,000 did not have the funds to build a replacement. The new Cline Avenue Bridge will be four lanes and 1.3 miles long, and will cost in the vicinity of $200 million. Indiana Gov. Mitch Daniels hailed the agreement, terming it “a creative move by Mayor Copeland and the City of East Chicago that puts Indiana further in front as a leader in private sector infrastructure investment.”
Speaking of Indiana, that state is partnering with neighboring Kentucky on the Ohio River Bridges Project, connecting Louisville with southern Indiana. While Kentucky will employ conventional contracting for its portions of the project (the Downtown Crossing and reconstruction of the Kennedy Interchange), Indiana will use a PPP concession approach for its portion (the East End Bridge and its approaches). In April the Indiana DOT announced the four short-listed teams invited to submit proposals for the $1.2 billion bridge, whose funding will include tax-exempt private activity bonds backed by toll revenues (although the concession firm will be compensated by availability payments). Indiana is also planning to use PPP procurements for the 47-mile Illiana Expressway to Illinois and to reconstruct U.S. 31 north of Indianapolis.

Ohio DOT, newly equipped with PPP enabling legislation, has two major bridge projects in mind: the Brent Spence Bridge in Cincinnati and a second Innerbelt Bridge in Cleveland. Finally, the replacement for the Scudder Falls Bridge between Pennsylvania and New Jersey, a project of the Delaware River Joint Toll Bridge Commission, is expected to be done as a PPP toll concession, as requested by the governors of both states. The 1961 four-lane bridge is functionally obsolete; the replacement design calls for six lanes plus auxiliary lanes. It will be designated as I-295 when completed.