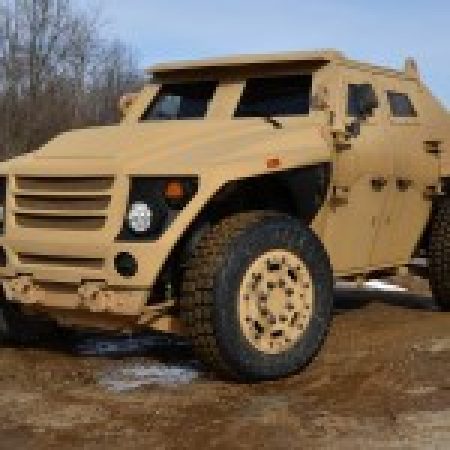 The exercises cost the Navy nearly $27 per gallon for 450,000 gallons of biofuels produced from algae and waste grease and animal fat – versus around $3.50 a gallon for standard petroleum fuels.

The only way the Navy fiasco looks good is by comparison to the Air Force spending $59 a gallon for alcohol-to-jet fuel and $67 per gallon for camelina-based F-22 Raptor fuel – or the Navy’s 2009 purchase of 20,000 gallons of renewable diesel for $424 per gallon!

If Secretary Mabus achieves his “goal” and “persuades” the Navy to make half of its fuel “green” by 2020, the higher cost biofuels could add $1.9 billion annually to Navy’s fuel bill, according to a Defense Department study. That extra outlay would pay for a new DDG-51 destroyer and comes as the Defense Department budget faces $13 billion in cuts for Navy shipbuilding over the next four years.

Add to that boatloads of additional taxpayer dollars that would be wasted if the Army, Air Force and Marines also switch from abundant, affordable, reliable, proven petroleum fuels to untested, impractical, unaffordable, unsustainable biofuels.

Worse, on top of paying these enormous sums for biofuels, the Navy and Departments of Agriculture and Energy agreed that each would “invest $170 million directly in biorefineries to kick-start the flagging industry,” Wired magazine reported.

Granted, the Navy biofuels program doesn’t turn 40% of the US corn crop into ethanol – sending corn prices to record highs during this year’s prolonged drought. However, our nation does not have enough chicken fat and waste grease to fuel the Navy; collecting and refining this refuse would be a budget-busting logistical nightmare; and camelina and other non-food crops still require vast amounts of land, water, fertilizer, pesticides and fossil fuel energy.

Protecting the military from oil price spikes is an equally specious justification. If every $1 in higher oil prices costs the DOD $30 million, as White House climate czarina Heather Zichal claims, a $23 to $63 per gallon price differential between conventional and bio fuel will cost $690 million to $1.9 billion.

Even ignoring the absence of empirical evidence for catastrophic CO2-driven global warming, it beggars belief that the White House, Congress or DOD would even consider subjugating military preparedness, missions and safety to manmade climate change ideology. Moreover, any net carbon dioxide reductions via DOD biofuels would be more than offset by increases from China, India and other rapidly developing countries.

Fortunately, many in Congress understand that “adopting a ‘green agenda’ for national defense is a terrible misplacement of priorities,” as Arizona Senator and former Navy pilot John McCain aptly put it. House-passed legislation would bar the Defense Department from buying biofuels that cost more than conventional fuels, and Senator James Inhofe (R-OK) has proposed similar action in the Senate.

The usual alliance of hydrocarbon adversaries is just as vehemently opposed to bills to address national security, oil prices and over-reliance on foreign sources in a far more commonsense manner: by producing more of America’s abundant but untapped and off-limits petroleum resources. They oppose hydraulic fracturing for the centuries’ of oil and gas our nation has in its extensive shale deposits – as well as drilling for conventional deposits off our Pacific, Atlantic, Alaskan and Gulf of Mexico coastlines, within the Arctic National Wildlife Refuge, or anywhere in the Western US states.

Rather than ensuring that our armed forces can defend America without wasting billions, our federal government seems to prefer to wage war on fossil fuels.

Instead of promoting biofuels, the Navy and Defense Department should be calling on Congress and the White House to increase domestic leasing and drilling in all these areas.

Even the famous drunken sailor would understand this.

Paul Driessen is senior policy advisor for the Committee For A Constructive Tomorrow (www.CFACT.org) and author of Eco-Imperialism: Green power – Black death.
Email this author