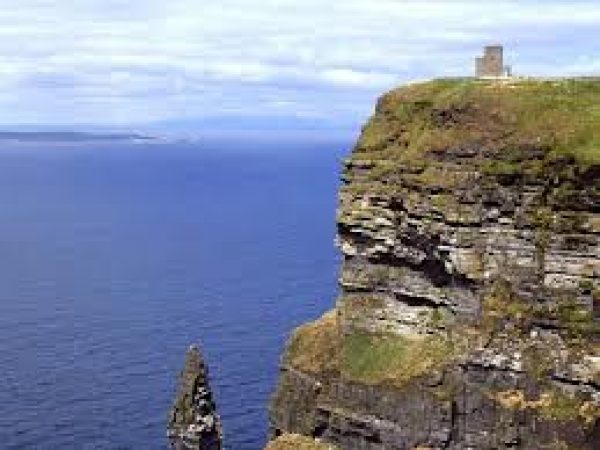 Privatization: The Third Way to Avoid the Fiscal Cliff

A “fiscal cliff” will befall the federal government on January 1 if Congress and the White House cannot reach agreement on a deficit reduction plan. “Sequestration” will take effect, including defense and domestic spending cuts. Additionally, the expiration of tax rate reductions and other tax provisions, enacted during the administration of President George W. Bush will take effect.

The defense cuts are expected to hit Virginia particularly hard because of the heavy concentration of military installations and Pentagon contractors.

Governor Bob McDonnell’s administration has developed a list of state budget reductions to offset the reduced federal funds coming to the Commonwealth.

The standoff between Congressional Republicans and the Obama Administration on an alternative to sequestration and extension of the “Bush tax cuts” appears to center on tax rate increases versus reductions in entitlement spending.
But there is a third way – one which Virginia has shown in bipartisan fashion in recent years. As evidenced by the recently opened “HOT lanes” on the Beltway between the vicinity of the Dulles Toll Road and the I-495/395/95 “mixing bowl”, private sector involvement and investment in public sector activities is a way to advance services to the public without increasing taxes.
Through the use of divestiture, asset sales, contracting out, privatization, vouchers, and other similar tools and strategies, the federal government can get out of numerous lines of business. By relying on performance by a competitive free market system, or eliminating tax subsidies for nonprofit organizations that duplicate and compete with for-profit companies, Uncle Sam can reduce the deficit, hold the line on taxes, and preserve the safety net for the neediest Americans.

Just as Virginia has experienced with the new Beltway project, various forms of public-private partnerships continue to provide services to the public, but do so without increases in spending or taxes.

Columnist George Will recently made an excellent point. He noted that one of the most successful federal programs of the 20th century was essentially a voucher program. The purpose of the GI Bill was to help returning veterans get an education, buy houses, and build careers in post WWII America. The government, however, did not build universities or houses. Rather, it gave individuals vouchers to use in the free market to help pay for home loans and college tuition or vocational training.

This is not a small idea. The Business Coalition for Fair Competition has identified more than $500 billion in savings simply by getting the federal government out of activities (1) that duplicate or compete with the private sector, (2) for which there are current or potential private sector providers, (3) subsidizes one group of private companies over another, or (4) for which nonprofits are permitted to engage in unfair competition with private, for-profit companies.

In other words, the proposal includes eliminating billions in various forms of “corporate welfare”.

From Amtrak to the Postal Service, from student loans to government-run electric utilities, the federal government is involved in hundreds of programs that can – and should – be left to the private sector. These are activities that violate the “Yellow Pages Test” a common sense standard that says if the government is doing something that can also be found in a private company in the Yellow Pages, the government probably should not be involved in that activity.

The advantage of using various forms of privatization to avoid the fiscal cliff is two-fold –taxes don’t need to be raised and services are still available to the populace. The only difference is that the user, rather than the general public, will pay to use the service, and prices will be determined by the market, not the artificial whim of government.

As Mr. Jefferson wrote to William B. Bibb in 1808, “I have thought it better for the public to go to market for whatever it wants which is to be found there; for there competition brings it down to the minimum of value. I have no doubt we can buy brass cannon at market cheaper than we could make iron ones.”

«
Forward to the Past»
Virginia Can Lead the Nuclear Renaissance