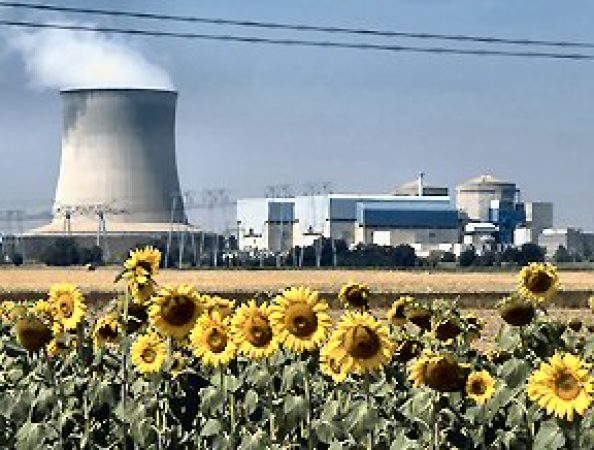 Virginia Can Lead the Nuclear Renaissance

Security Threats to our Critical Infrastructure Are Real

On Friday, June 29th 2012, Virginia and most of the mid-Atlantic region received a wake up call regarding our fragile electric power grid… via a wind storm called a derecho! Over 1 million Washington area residents were without power, some for many days, and critical infrastructure including 911 call centers, military bases and huge internet service providers were knocked off line. 22 people lost their lives and follow on power losses from bad storms including Hurricane Sandy continue to demonstrate our vulnerability.

The bottom line is that our electric power grid is vulnerable to severe weather as well as organized attacks from our adversaries, whether through cyber hacking or sabotage at key power transmissionstations. We can and must do better, and no other jurisdiction is as well positioned to address thisproblem from a business, security and supportive economic attitude than Virginia.

Most of us have heard the recent news that Virginia is one of the best places to do business in the United States. That may well be true, but unless policymakers make a concerted effort to address the Commonwealth’s high energy needs, in the next decade, that may not be the case… and consumers will also pay the price via higher electricity rates and dramatic shortages.
Currently, Virginia is the second largest importer of power out of all 50 states, with only California ahead of us.1 By 2021, Virginia will need over 4,000 megawatts of additional power just to meet demands, an amount equal to four large older design nuclear reactors. With the Fukushima nuclear disaster in Japan on the minds of the public, some are again questioning the safety of nuclear power, and those fears threaten the development and deployment of much safer, next generation technologies. One key, safe and innovative solution under design and pending approval at the Nuclear Regulatory Commission (NRC) is Small Modular nuclear Reactors (SMRs).

First, the Fukushima disaster could have easily been avoided. Even the older plant design could have withstood the tremendous earthquake, but generators placed below sea level and a Tsunami wall that was 7 meters too small allowed the emergency power to fail causing overheating and nuclear fuel failure.

Here in the United States, we virtually have no similar scenarios… and the good news is that some new technologies ready for design certification and licensing in the next few years do not even need water for cooling. These SMR designs include some that are air cooled, with no pumps or emergency power back ups required. Ranging between 25 and 200 megawatts in design, new plants being considered manufactured by Babcock and Wilcox, Westinghouse, and NuScale, provide much safer, new designs that represent the best and safest technologies American scientists have to offer.

Many are built underground and with modules that can be increased in number to meet power demands, with smaller land requirements and no possibility of contaminating and no possibility of contaminating water. Virtually the only issue remaining with some of these designs is what to do with spent fuel or reactor cells… and that is an issue that federal policymakers have yet to resolve. Meanwhile, traditional nuclear power has also been stymied at the federal level or due to high infrastructure costs and the low but volatile cost of natural gas.

The U.S. nuclear industry has been handcuffed and virtually negated by regulatory, political and financial impediments that have harmed consumers, threatened our energy independence and impeded our ability to compete abroad. In America, it takes over four years to license a nuclear power plant, and until recently, no new plants had broken ground in over 30 years. In France, over 75 percent of the power is provided by clean and safe nuclear energy2, but in America, less than 20 percent of our power derives from nuclear power.

Our regulatory system is inefficient and impedes access to efficient, clean nuclear energy. For instance, the Office of Management and Budget (OMB) recently stopped construction of a nuclear power plant by requiring a large financing fee3 (almost a billion dollars) on a Department of Energy (DOE) loan guarantee. Hopes of a nuclear renaissance were diminished by the loss of this leading contender to obtain a DOE loan guarantee.

Another key component of the need for a nuclear renaissance and new technologies is jobs. During the last 30 years, while America’s nuclear technology has been stymied and litigated into dormancy, our international competitors have thrived. In particular, Russia, China, Korea and France are exporting nuclear power and expertise, while we sit on the sidelines. In fact, the Chinese have two U.S. designed Westinghouse AP 1000 megawatt plants under construction. Shortly, the Chinese
will be building and exporting U.S. designed nuclear power plants around the world while we do nothing. A resurgence of nuclear power in America would make us more competitive, provide consumers and business with lower cost, safe power, and create jobs on an unprecedented level.

From site preparation, to construction, engineering, security and high tech operations, nuclear power plants could employ tens of thousands of Virginians over the next decade.

A national energy “Apollo” type program should be enacted in consultation with industry, labor and government, to target creating one million new clean energy jobs4; energy independence; the protection of a secure power grid for security and critical infrastructure, and a secure energy supply including clean and safe nuclear power before the end of the decade.
In particular, Virginia offers a perfect solution. The Commonwealth has:

It is likely that the first of this new generation of SMRs will be built at secure federal facilities providing safe, dedicated power for national security needs at DOE and military facilities. But the technology will come to fruition, and it will one day help Virginians avoid higher energy costs, avoid importing as much power as we do, and keep the Commonwealth open for business!

«
Privatization: The Third Way to Avoid the Fiscal Cliff»
The Jefferson Journal: Congress Must Not Harm Economy, Retirees