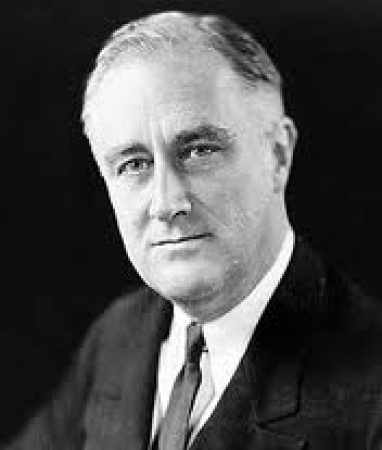 Forward to the Past

In recent years, when I give talks on the state of the economy I often start out with two charts from the Federal Reserve Bank of Minneapolis that clearly show the extent to which the 2007 recession has been different.  The first depicts cumulative change in GDP over the four most recent recessions (the measure economists use to define recessions).  It shows that, whereas in the 1981 recession (the next worse of the four) it took less than two years for GDP to return to its pre-recession level, that same transition took a full four years in the 2007 recession.

But, it’s the second chart – the one that provides similar data on the cumulative change in employment (the measure normal people use to define recessions) – that really explains why 2007 is so different, and why most of my audience probably isn’t feeling all that recovered yet.  Because, what that chart shows is that whereas it took a little more than two years for employment to return to its pre-recession level in the 1981 recession, at this point we are almost five years out from the start of the 2007 recession and U.S. employment is still three percent down from where it was then.  To put a face on that number, that’s 4.1 million people who had jobs then, but still don’t now.

So, why the difference?  Why has this been the most anemic recovery since the Great Depression of the 1930s?  An increasing number of people believe that the answer lies in the striking parallels between what is going on in the country now and what happened then.  Although most people know that the economy crashed in 1929 and really didn’t truly recover until after WWII, what many do not realize is that it actually bottomed out as early as 1933 and that by 1937 GDP had almost returned to its pre-recession level.  But then in 1938, private investment fell off a cliff and when it did the economy followed.  In a recent study entitled “Regime Uncertainty,” economic historian Robert Higgs lays the blame for derailing the 1930s recovery squarely at the feet of President Roosevelt and the policies he pursued in advance of his first re-election campaign in 1936.

As hard as it may be to believe, in the 1920s the electoral map in the U.S. was in several ways the reverse of what it is now.  The South was solidly Democrat, the Northeast was solidly Republican, and the rest of the country generally leaned Republican.  Roosevelt’s 1932 election changed that, but in the eyes of some, many of the policies he introduced in his “Second New Deal” from 1935 on seemed aimed, at least in part, toward cementing those gains in the heavily populated (and heavily urban, unionized, and blue collar) Northeast and upper Midwest.

In 1935 Roosevelt supported the Social Security Act, the National Labor Relations Act, the Banking Act, the Public Utilities Holding Company Act, and a series of “soak the rich” taxes such as the Wealth Tax of 1935.  Higgs provides evidence to support the thesis that the doubling of union membership, tax increases, anti-business rhetoric, class-warfare rhetoric, and unprecedented level of government regulation that was associated with this legislation, created a regime of uncertainty that caused private investors to hold back on long-term investments, thereby putting the brakes on a recovery that otherwise would have brought the country out of the Great Depression as early as 1938.

As testimony to how these policies affected the business environment of the day, Higgs offers the following 1937 quote from Lammont du Pont (President of the E.I. du Pont de Nemours Co):  Uncertainty rules the tax situation, the labor situation, the monetary situation, and practically every legal condition under which industry must operate.  Are taxes to go higher, lower or stay where they are?  We don’t know.  Is labor to be union or nonunion? . Are we to have inflation or deflation, more government spending or less? … It is impossible to even guess at the answers.  That one could easily imagine this quote coming from a businessman today goes a long way to explain why the parallels between 1937 and now are so hard to dismiss.

President Obama’s first term in office was filled with a blizzard of legislative acts, regulatory initiatives, and executive orders that, in many ways, went even farther than Roosevelt’s.  A nearly $1 trillion “stimulus bill,” that mostly grew government and not the economy; the Employee Free Choice Act, that would have increased unions’ ability to absorb otherwise unwilling new members; the Cap and Trade Legislation, that would have “necessarily caused energy costs to skyrocket” by imposing a massive and hidden new tax on consumers; a crippling expansion of the regulatory burden imposed by the EPA; failed government investments in “green energy;” completely unprecedented annual trillion dollar deficits; the Affordable Healthcare Act that no one now assumes will do anything other than increase the cost of healthcare; and the knowledge that inevitably, someone, somewhere, somehow, is going to have their livelihood confiscated to pay for all this, has created exactly the kind of uncertainty that du Pont saw in the late 1930s.

The only remaining question is, will it have the same effect?  And the answer there appears to be, well, of course.  Just as in the 1930s companies are now sitting on mounds of cash rather than invest them in an increasingly uncertain business environment; nationwide business investment in equipment and software (a leading indicator of economic growth) stalled in the third quarter of 2012 for the first time since early 2009; and, most chillingly, a Wall Street Journal article entitled “Investment Falls Off a Cliff” which was published not long after the election finds that “half of the nation’s 40 biggest publicly traded corporate spenders have announced plans to curtail capital expenditures this year or next.”  In short, it looks like we very well may be heading forward to 1937 (or some variant of it) and that, as your high school history teacher kept telling you, “those who choose not to learn from history are condemned to repeat it.”

«
I Think I’m for Sequestration.»
Privatization: The Third Way to Avoid the Fiscal Cliff