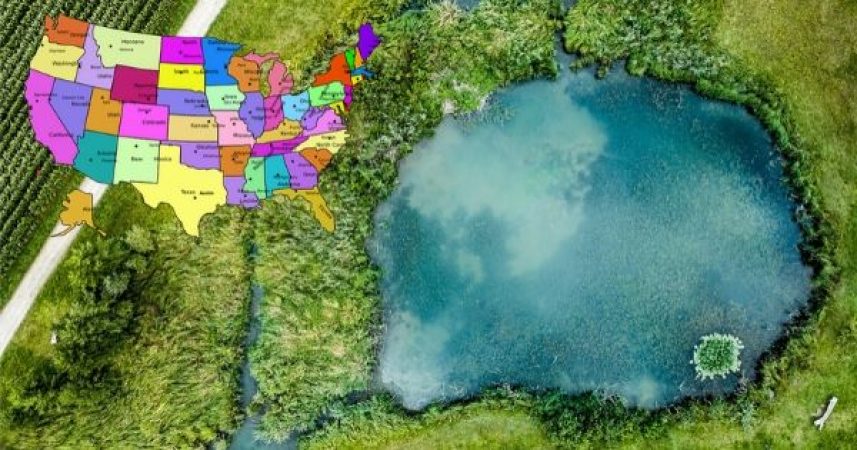 Feds Define What is NOT a “Waters of the United States”

In my many efforts to unravel and explain the federal government’s sometimes baffling efforts to legally define the things that matter most to property owners, I have started by describing the government’s interpretation of a “ditch” (see here).

Now the U.S. Army Corps of Engineers (Corps) and U.S. EPA (EPA) have published a final rule describing and regulating what is a “water,” under the Clean Water Act (CWA). The new rule describes perennial, intermittent, and ephemeral streams plus tributaries, ditches, lakes’ and ponds.

Since this rule was published as final the United States Supreme Court in a Hawaii case involving the County of Maui has a different take on this exclusion (more on that case here).

In another part of the rule agriculture is again helped by EPA. The new rule “…excludes artificially irrigated areas, including fields flooded for agricultural production, that would revert to upland should application of irrigation water to that area cease.”

The agencies have also excluded stormwater control features which are “…constructed or excavated in upland or in non-jurisdictional waters to convey, treat, infiltrate, or store stormwater run-off.”

In another effort to protect agriculture and others, the final rule excludes “…groundwater recharge, water reuse, and wastewater recycling structures including detention, retention, and infiltration basins and ponds constructed or excavated in upland or in non-jurisdictional waters.”

The term “‘upland” is also defined. This term is very important to farmers, ranchers, and foresters. It means “…any land area that under normal circumstances does not satisfy all three wetland characteristics identified in the definition of  ‘wetlands’ (hydrology, hydrophytic vegetation, hydric soils) and does not lie below the ordinary high water mark or the high tide line of a jurisdictional water.”

All these definitions are tricky but very important to those in agriculture and ranching.

Many environmental groups have expressed outrage that many waters are being excluded from the definition of WOTUS. The Trump Administration has tried to follow the Clean Water Act, the Supreme Court cases’ and the legislative history of the CWA by spelling out specifically what are not waters of the United States.

It is very helpful to agriculture.

Many of these exclusions have been adhered to in the past, but often-times zealous bureaucrats and lawyers have used the courts to regulate some of these non-jurisdictional waters.

Hopefully, these definitions will keep many of you from going to court.

A version of this commentary originally appeared on June 30, 2020 in the online Farm Progress.  The opinions of the author are not necessarily those of Farm Futures or Farm Progress.

«
The Jefferson Journal: Stop the Problem Before It Begins»
New Data Shows Transit Is Changing