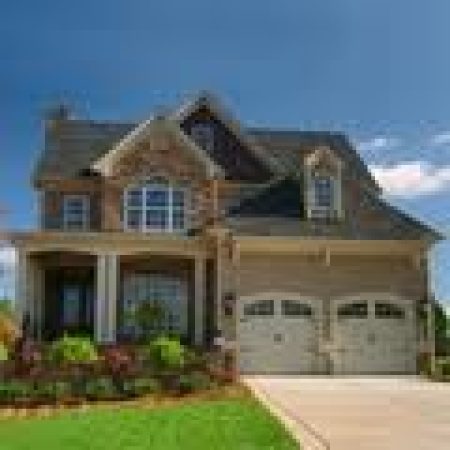 (Gary Baise lives in Virginia and is a nationally recognized environmental attorney. The articles we use in Jefferson Policy Journal written by Gary Baise have relevance here in Virginia as they show the heavy-handed reach of the federal government into our personal and business lives.)

News articles and comment on the U.S. Supreme Court’s unanimous opinion in Sackett v Environmental Protection Agency are bursting with enthusiasm. But there’s reason enough to sober up over this decision.

The EPA regulators clearly lost the battle on their compliance order strategy, but they have not lost the war on wetlands and taking private property of landowners.

The Sacketts of Idaho, who are trying to build a house on 0.63 acres, are in for a long, expensive and time consuming slog with the EPA. One need only to look to EPA’s most egregious case of spending over 22 years destroying the Charley Johnson family in Massachusetts, over the definition of a wetland.

Justice Alito, in a concurring opinion, noted “…the property rights of ordinary Americans are entirely at the mercy of Environmental Protection Agency (EPA) employees.” The Justice said, “Any piece of land that is wet at least part of the year is in danger of being classified by EPA employees as wetlands…”

Justice Alito made clear what is at stake! “The EPA made [an] issue of a compliance order demanding that the owners cease construction, engage in expensive remedial measures and abandon any use of the property.”

EPA claims it can take your land without a judicial hearing! The Supreme Court said no to EPA.

Until this case, EPA annually threatened hundreds of potential wetland owners such as the Sacketts with fines up to $75,000 per day. The fine is broken into two parts. The first part was $37,500 per day for violating the Clean Water Act (CWA) and the second $37,500 per day violating EPA’s Compliance Order. The second $37,500 is an EPA creation and is not in the statute. (This example demonstrates why two Republican presidential candidates have called for EPA’s abolishment.)

It is beyond comprehension that EPA lawyers allowed this abuse of private property rights.

EPA constantly engages and is proud of this type of unlawful conduct and has alleged and succeeded for years by threatening landowners that they had no right to challenge these egregious wetland claims. The Supreme Court, in the Sackett case, has at least allowed a challenge to a process that Justice Alito said “…such treatment is unthinkable.”

Even with this Supreme Court win, “…this case still leaves most property owners with little practical alternative but to dance to EPA’s tune,” according to Justice Alito. Clearly the Sacketts were able to hit a good solid single or get on base but certainly not a home run, because their battle has just begun.

The Supreme Court decision allows the Sacketts to challenge the EPA dictatorial order issued against them, which in itself is a major victory. But it is only the beginning of the game. Justice Scalia, writing for a 9-0 decision stated, “Today we consider only whether the dispute may be brought to court by challenging the compliance order—we do not resolve the dispute on the merits.”

Now the Sacketts must hire experts and consultants to disprove EPA’s assertion that the property meets the criteria for jurisdictional wetlands set forth in the 1987 Federal Manual for Indentifying and Delineating Jurisdictional Wetlands.

The 92-page 1987 manual gives EPA and the U.S. Army Corps of Engineers (Corps) limitless authority. EPA will claim against the Sacketts that the three criteria set forth in the manual are met. EPA will allege that the soil is hydric, which means waterlogged, that hydrophytic vegetation is supported, and that there is sufficient water within 12-16 inches of the surface during 5% of the growing season to make the Sackett home building site a wetland.

EPA spent 22 years proving these wetland criteria against the Charley Johnson family in Massachusetts over a cranberry bog.
The 1987 manual is not a rule set forth in the Code of Federal Register. It is merely a guideline (I brought a case in the late 1980s in Illinois attempting to force the 1987 manual be brought to public notice, comment and rulemaking. A U.S. District Court judge believed EPA that the 1987 manual was merely a guideline and overruled my motion.)

Since that time, the precise reach of the CWA and the 1987 manual have allowed EPA and the Corps to engage in treatment of property owners that even the Supreme Court deemed “unthinkable.” EPA takes the position, and will with the Sacketts, that the EPA jurisdictional determination over whether their small building lot is a wetland can only be made on a case by case basis by EPA staff.
EPA will now likely begin sending warnings to property owners basically threatening them with civil enforcement action, which requires a hearing. The Sackett case involved a compliance order which EPA claimed did not require a hearing. At least a civil enforcement action is limited to a civil penalty of $37,500 per day for each violation.

Presumably EPA will not be able to double the statutory violation.

In the Charley Johnson case, one consultant proudly claimed on his website that he was paid $5 million to determine whether the Johnson family had a wetland. The Sacketts should get ready for a long and difficult battle over their home building lot because they have opposed EPA on a massive wetland project of filling with dirt “…approximately 0.5 acre.”