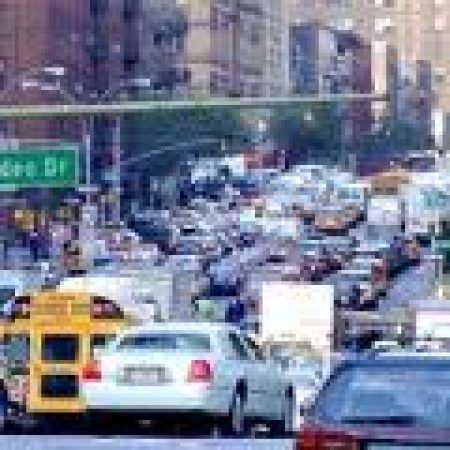 (Publisher’s Note:  Congestion relief should be the top priority in any transportation plan. Northern Virginia and Hampton Roads are our most congested parts of the state and where the highest concentrations of current and future jobs are located. This article from transportation expert Bob Poole of the Reason Foundation sheds important light on the need to relieve our congested areas and to do so as a priority for our economic well being.)

Several years ago I reported on the work of economists Remy Prud’homme and Chang-Woon Lee. Using data on travel times and labor productivity from cities in France and South Korea, they found a robust relationship. The effective size of an urban region’s labor market is bounded by how long it takes to make a typical journey to work. When shorter travel times increase the size of the labor market by 10%, the productivity of the metro area increased by1.3%. In the United States, Robert Cervero of UC Berkeley found that a 10% increase in commuting speed in the San Francisco Bay Area increased economic output by 1%. And more recent studies by David Hartgen and Gregory Fields, using data for eight U.S. metro areas, found similar effects—specifically, that the ability to go 10% farther in a commuting time of 25 minutes would lead to a 1% increase in regional economic productivity.

I recently came across another study addressing basically the same question, using a different methodological approach. The paper is “Does Traffic Congestion Reduce Employment Growth?” by Kent Hymel, then at UC Irvine and now at Cal State University Northridge. It appeared in the March 2009 issue of the Journal of Urban Economics. Hymel employs an econometric approach drawn from the city growth literature, which focuses on the economics of agglomeration. He sets out to assess whether there is empirical evidence for the hypothesis that congestion reduces employment growth in a metro area. This turns out to be more complicated than it sounds because, as he notes in the introduction to the paper, the two variables interact: employment growth leads to more workers, who generate congestion, and congestion then “discourages [further] employment growth by raising workers’ reservation wages and increasing shipping costs for goods.” So he comes up with a number of clever methodological approaches to deal with this problem. Since I am not an econometrician, I will not attempt to summarize them for you, but will skip to his conclusions.

I get frustrated when elected officials tout infrastructure projects because of “jobs, jobs, jobs”—by which they generally mean short-term construction jobs (which could also be generated by building pyramids or by digging holes and filling them in again). By contrast, productive infrastructure investments are those which make an economy more productive, generating an increased gross regional product.  Hymel’s findings join those discussed above in bolstering the case for investing wisely to reduce commuting time in urban regions.