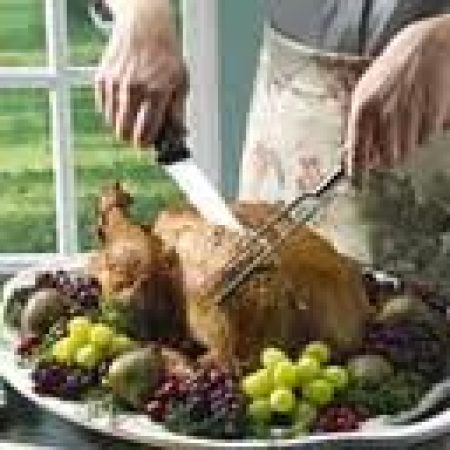 How Many Americans Go Hungry?

(The Jefferson Policy Journal is running a column from Just Facts Daily and hope these issues generate a robust conversation with our readers.  You can read other “facts” from this publication here.)

While arguing that safety-net programs should be strengthened because they don’t do an adequate job of protecting the poor, Nobel Prize-winning economist Paul Krugman asserts in the New York Times that, “one in six Americans living below the poverty line suffers from ‘low food security.’ This is officially defined as involving situations in which ‘food intake was reduced at times during the year because [households] had insufficient money or other resources for food’ — in other words, hunger.”

Nonetheless, Krugman correctly matches the definition he quotes with the proper statistic: one in six low-income households (17.0% to be exact) reduced their food intake because they “had insufficient money or other resources for food.” However, he misidentifies the populace to which this figure applies and inaccurately summarizes the definition. The statistic of “one in six” doesn’t apply to “Americans living below the poverty line” but to U.S. households (including those populated by illegal immigrants) with incomes below 130% of the poverty line. (USDA report, page 16).

Furthermore, this statistic doesn’t apply to the low-income population as a whole but to low-income households in which “the food intake of one or more household members” was reduced. Because the food intake of one household member doesn’t necessarily translate to other members of the household, Krugman’s misapplication of this data makes the situation seem more common than it actually is. As the U.S. Department of Agriculture explains, “Not all individuals in households classified as having very low food security were subject to the reductions in food intake and disruptions in eating patterns that characterize this condition. Young children, in particular, are often protected from effects of the household’s food insecurity.” (USDA report, page 6).

Also, contrary to Krugman’s one-word synopsis (“hunger”), households with very low food security don’t necessarily experience hunger. In about a third of such households, survey respondents reported that they had not been hungry during any point of the year. (USDA report, page 49).

So how many people actually go hungry in the U.S.? A 2009 survey of 46,000 households conducted by the U.S. Census Bureau for the Department of Agriculture found that 3.00% of respondents experienced hunger in the previous 30 days because they couldn’t afford food. The survey didn’t include “homeless persons who are not in shelters,” and thus, it “may result in an underestimate of the number of persons with very low food security.” (USDA report, pages iv, 50, and 55).

The survey did, however, include illegal immigrants, who experience hunger at a much higher rate than the general population. A study conducted for a 2007 paper in the journal Public Health Nutrition found that 28% of 431 undocumented Mexican immigrants living in New York City have “experienced periods in the last six months when they were hungry but were unable to eat because they could not afford enough food.”

Estimates of the number of illegal immigrants in the U.S. vary widely, but based upon “2008 data collected by the Census Bureau, the Pew Hispanic Center estimates that unauthorized immigrants are 4% of the nation’s population….” Thus, very roughly speaking, about one percentage point of the hungry in the U.S. are here illegally (4% × 28% = 1.1%).

And what of the other two percentage points of people in this country who experience hunger? U.S. citizens living in households with incomes below 130% of the poverty line are generally eligible for food stamps, and even non-citizens who are here legally are also eligible under various circumstances.

So why are these 2% still hungry? Just Facts is unaware of any data that can conclusively answer this question, but the fact that hunger is significantly associated with mental illness may provide some insight. The U.S. Substance Abuse and Mental Health Services Administration recently published data showing that 5.0% of the non-institutionalized U.S. adult population have a “severe mental illness” that “substantially interferes with or limits one or more major life activities.”