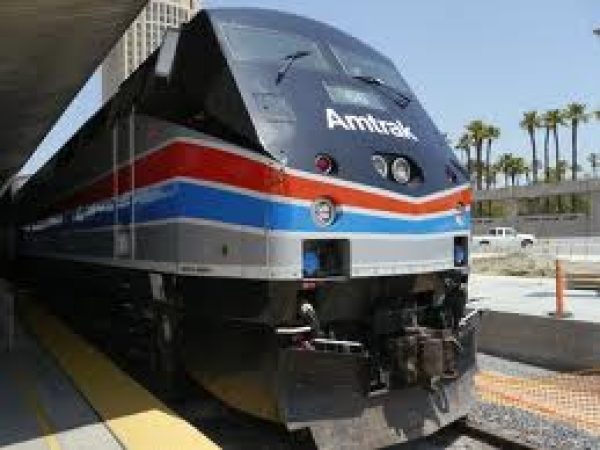 (This article first ran in the Feb issue of Surface Transportation Innovations, a publication ofthe Reason Foundation. As Virginia contemplates “rapid rail” from Roanoke and Richmond to Washington DC, this article is important.)

Five years ago, Congress enacted the Passenger Rail Investment & Improvement Act (PRIIA) of 2008, a five-year reauthorization of Amtrak. So PRIIA reauthorization is on the agenda of the House Transportation & Infrastructure Committee this year. And that explains why we have seen a growing number of articles and policy papers on Amtrak’s future in recent months.

I had high hopes for the report released earlier this month by the Brookings Institution. Though its title, “A New Alignment: Strengthening America’s Commitment to Passenger Rail,” raised a caution flag, I hoped that this wording implied at least a recognition that with the federal government under enormous fiscal stress, Amtrak should be refocused on the commuter and short-haul (under 400 mile) routes where it loses the least taxpayer money. And the report does acknowledge this, noting that “short-distance routes are the engines of Amtrak ridership,” accounting for 82.9% of its ridership last year, and nearly all the increase since 1997 (the trough of Amtrak ridership since its creation). The report further notes that “only ten metropolitan areas are responsible for almost two-thirds of Amtrak ridership.” And it documents the increased trend of recent years for states that host these relatively popular routes to help subsidize them.

When it comes to the long-distance routes, which are money sinks, the report switches gears. Instead of talking about operational efficiency, it claims these routes are the “geographical equity portion of the network,” even though they handle only 17% of total passengers while racking up 43% of operating costs. But cut them out in order to make the rest of the system closer to self-supporting? Unthinkable! These routes provide “unique national connectivity,”ignoring the far larger role of scheduled intercity bus service—a mode that goes completely unmentioned in the report.

Along the way, I’m sad to report, the Brooking report perpetuates a number of myths about Amtrak. Here are several of them.
Myth #1: “Amtrak boasts 75% of the share of the passenger rail/aviation market between New York and Washington.”
FACT: But Andrew Selden, Vice President for Law & Policy of the United Rail Passenger Alliance, points out that according to Bureau of Transportation Statistics data, “Amtrak holds a market share for intercity travel in the Northeast Corridor [NEC] of well under 2%.” The Amtrak figure repeated by Brookings omits both passenger car and intercity bus passenger miles. Selden also notes that Amtrak’s load factor even on its premium-service Acela trains is only 50%, and conventional train NEC load factors are only 40%. So Amtrak can’t sell more than half the capacity it currently offers in this, its best corridor by far.

Myth #2: “Amtrak ridership grew by 55% since 1997, faster than other major travel modes, and now carries over 31 million riders, an all-time high.”

FACT: In a recent brief for Cato Institute, Randal O’Toole notes that using 1997 as the base year distorts the comparison, since that was the low point in Amtrak ridership. Going back to 1991, Amtrak passenger miles have increased only 8% between then and 2012, during which time

Myth #3: “Operating balance” vs. profitability.
FACT: Instead of measuring Amtrak by the normal accounting rules of profit and loss, the Brookings report measures the routes in terms of “operating balance”—meaning operating revenues vs. direct operating costs. O’Toole notes two big problems with this. On the revenue side, state subsidies are included along with passenger fares. And on the cost side, the report accepts Amtrak’s screwy accounting that treats maintenance as a capital cost and therefore excludes it from operating costs. Even with all those flaws, of the 28 short-haul routes that Brookings touts as (together) showing a positive operating balance, only three are actually positive, with the revenue from the NEC carrying the other 25 loss-makers.

Myth #4: “Washington’s historically outsized support of other transportation modes.”
FACT: This throwaway line alludes to many rail advocates’ distortion of the meaning of federal subsidies (equating total dollars spent with “subsidy”). But a subsidy is a grant of general tax money to cover the difference between what a transportation mode generates itself (in fares and user taxes) and its total capital and operating costs. The DOT’s Bureau of Transportation Statistics published a landmark report on this in 2004, quantifying the extent of federal subsidy per passenger mile (1990-2002) for each mode of intercity passenger travel (though leaving out intercity bus, which gets very close to zero subsidy). The results were as follows:
Amtrack $186 per thousand passenger miles
Airlines $6 per thousand passenger miles
Highways -$2 per thousand passenger miles
(The reason the highways figure is negative is that the feds collected slightly more in highway user taxes than they spent on highways.)
I report all this in sorrow, as a life-long railfan who has ridden passenger trains on every continent except Asia. I have high hopes for the privately funded passenger service, All-Aboard Florida, under development in this state by Florida East Coast Railway, and will probably use it for trips to Orlando, if it proves competitive with (not very good) airline service. But Amtrak in its current form has proved to be a costly failure. At the very least, Congress should stop the bleeding by terminating its long-haul routes, and relying more on the states to support those short-haul corridors they think worth subsidizing.