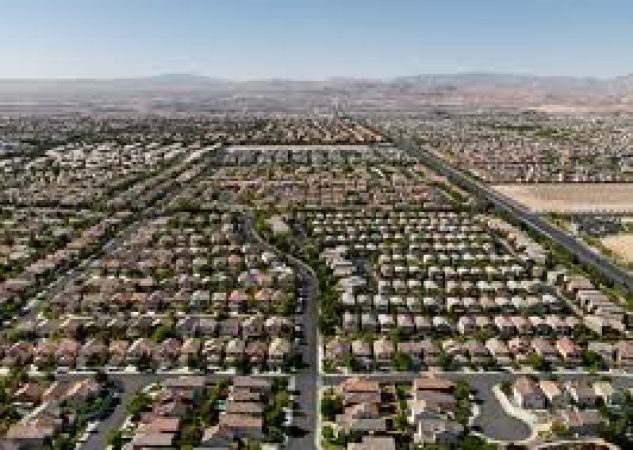 Doubling Down on a Broken Growth Model

I’ve  just finished an extraordinary little book. “Thoughts on Building Strong Towns,” that has helped crystallize my thinking on the fiscal trap of the “suburban sprawl” model of growth and development. The author, Charles Marohn, is a Minnesota-based civil engineer, urban planner and executive director of the Strong Towns organization, and, like me, he hews to a libertarian way of thinking. I’ve never met the man but I know he’s a kindred spirit because he views the fiscal dilemma of state and local governments in the context of a federal government whose deficit spending is careening toward insolvency, runaway inflation or some comparable disaster.

Just as the welfare state is fiscally unsustainable and bound for collapse, Marohn argues, so is the American “suburban sprawl” model of growth and development. Just as the federal government is built on a mountain of debt, so is sprawl. He offers no remedy for federal profligacy; his mission is to build fiscally resilient “strong towns.”

The core premise of the book is that the auto-centric development policies that prevailed between World War II and the Great Recession of 2007 amounted to a municipal Ponzi scheme. The process got rolling when local governments used federal and state aid to fund the expansion of roads, water, sewer and associated infrastructure. For a while, localities enjoyed the best of both worlds: They enjoyed growing revenue from new growth and development without assuming the burden for the up-front capital cost. There was a hitch, however: Municipalities did assume the liability for maintaining the infrastructure. The cost of maintaining infrastructure was modest initially but when the infrastructure wore out, the full financial burden for fixing it fell upon the localities.

(I might insert here that the picture is slightly different in Virginia, where the Virginia Department of Transportation bears operational or financial responsibility for maintaining the state road system, even secondary roads. Therefore, the financial burden falls on the state when the roads wear out.)

That wouldn’t necessarily be a problem, Marohn contends, if the infrastructure investments had generated significant economic value. But they didn’t. The revenue collected did not come close to covering the cost of maintaining the infrastructure. In the suburban development pattern, he writes, “the amount of tax revenue obtained per increment of liability assumed … is ridiculously low. Over a life cycle, a city frequently receives just a dime or two of revenue for each dollar of liability.”

The all-too-common solution: Double down on more growth! Goosing growth brings in another round of tax revenue and kicks the liability can down the road. Over the past two decades, localities and developers have gone “all in,” fueling the suburban growth machine by acquiring a staggering amount of debt. It’s a Ponzi scheme, and that scheme is unraveling. Writes Marohn:

Our problem was not, and is not, a lack of growth. Our problem is 60 years of unproductive growth — growth that has buried us in financial liabilities. The American pattern of development does not create real wealth. It creates the illusion of wealth. Today we are in the process of seeing that illusion destroyed, and with it the prosperity we have come to take for granted.

One of the great challenges of state and local governance in America today, says Marohn, is to shift back to a wealth-creating, financially sustainable pattern of growth. But he knows that will be politically difficult. Many people regard the so-called “American way of life” as non-negotiable. “What will we throw away trying to sustain the unsustainable?” he asks. “How much of our dwindling wealth will be poured into propping up this experiment gone awry?”

Bacon’s bottom line: This is very much the same argument that I have been making on Bacon’s Rebellion for years. Scattered, disconnected, low-density growth is a wealth destroyer. The “suburban sprawl” model has hit a fiscal dead end. But Marohn has clarified the nature of the problem for me by explaining how the life cycle of infrastructure pushes off many of the costs to the next generation. Thus, in Virginia we have built up massive liabilities for the repair of bridges, arterials and Interstates — one reason why VDOT is experiencing a cash crunch.

Marohn also has done a better job than I have of outlining the answer. I have hammered away at the idea that we should ranking transportation spending by Return on Investment, as measured by congestion amelioration, safety and (real, not pseudo) economic development. But Marohn suggests that the yardstick should be how much value-creation transportation improvements add to (or, in many cases, detract from) property values.

The immediate takeaway for Virginians is this: By passing the latest round of transportation tax increases, Governor McDonnell and the General Assembly has doubled down on the old model. State transportation planners have shown no inclination to ensure that those funds are spent more productively. The inevitable result will be the construction of more roads, highways, bridges and mass transit projects that flunk any objective test of economic rationality, and Virginia will enter into yet another round of economic wealth destruction.

«
Amtrak’s Future in Congress’s Hands»
To Lower the Barriers, Unite!