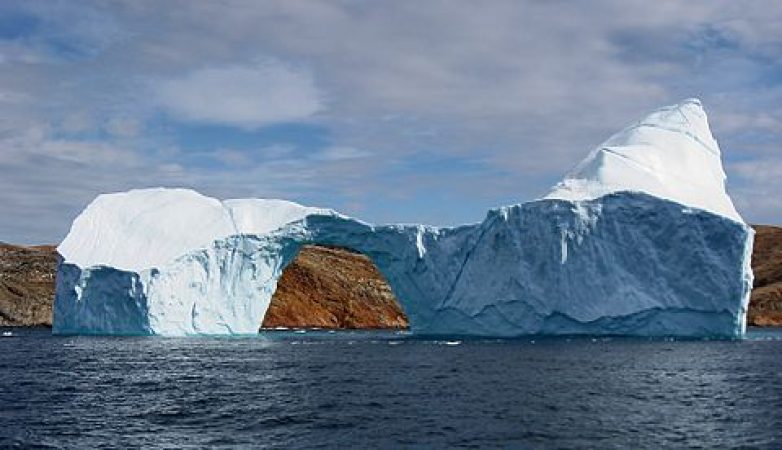 In his first address as Secretary of State, John Kerry said we must safeguard “the most sacred trust” we owe to our children and grandchildren: “an environment not ravaged by rising seas, deadly super-storms, devastating droughts, and the other hallmarks of a dramatically changing climate.”

Even the Intergovernmental Panel on Climate Change and British Meteorological Office now recognize that average global temperatures haven’t budged in almost 17 years. Little evidence suggests that sea level rise, storms, droughts, polar ice or other weather and climate events and trends display any statistically significant difference from what Earth and mankind have experienced over the last 100-plus years.

However, we do face imminent manmade climate disasters. Global warming is the greatest moral issue of our time. We must do all we can to prevent looming climate catastrophes.

But those cataclysms have nothing to do with alleged human contributions to planetary climate systems that have always been chaotic, unpredictable and often disastrous: ice ages, little ice ages, dust bowls, droughts and monster storms that ravaged and sometimes even toppled cities and civilizations.

All told, US foundations alone have “invested” over $797 million in environmentalist climate campaigns since 2000! And over $19.3 billion in “environmental” efforts since 1995, Arnold calculates! Add to that the tens of billions that environmental activist groups, universities and other organizations have received from individual donors, corporations and government agencies to promote “manmade climate disaster” theories – and pretty soon you’re talking real money.

Moreover, that’s just US cash. It doesn’t include EU, UN and other climate cataclysm contributions. Nor does it include US or global spending on wind, solar, biofuel and other “renewable” energy schemes. That this money has caused widespread pernicious and corrupting effects should surprise no one.

Politicized science, markets and ethics. The corrupting cash has feathered careers, supported entire departments, companies and industries, and sullied our political, economic and ethical systems. It has taken countless billions out of productive sectors of our economy, and given it to politically connected, politically correct institutions that promote climate alarmism and renewable energy (and which use some of this crony capitalist taxpayer and consumer cash to help reelect their political sponsors).

Toe the line – pocket the cash, bask in the limelight. Question the dogma – get vilified, harassed and even dismissed from university or state climatologist positions for threatening the grants pipeline.

The system has replaced honest, robust, evidence-based, peer-reviewed science with pseudo-science based on activism, computer models, doctored data, “pal reviews,” press releases and other chicanery that resulted in Climategate, IPCC exposés, and growing outrage. Practitioners of these dark sciences almost never debate climate disaster deniers or skeptics; climate millionaire Al Gore won’t even take questions that he has not preapproved; and colleges have become centers for “socially responsible investing” campaigns based on climate chaos, “sustainable development” and anti-hydrocarbon ideologies.

Increasingly powerful, well-funded, unelected and unaccountable activist groups and bureaucracies use manmade global warming claims to impose regulations that bypass legislatures and ignore job and economic considerations. They employ sweetheart lawsuits that let activists and agencies agree to legally binding agreements that leave out the parties who will actually be impacted by the court decisions.

The green behemoth wields increasing power over nearly every aspect of our lives and liberties, with no accountability for screw-ups or even deliberate harm to large segments of our population. All in the name of controlling Earth’s temperature and preventing climate change

Excessive EPA rules have closed numerous coal-fired power plants, and the agency plans to regulate most of the US hydrocarbon-based economy by restricting carbon dioxide emissions from vehicles, generating plants, cement kilns, factories, malls, hospitals and other “significant” sources. Were it not for the hydraulic fracturing revolution that has made natural gas and gas-fired generation abundant and cheap, US electricity prices would be skyrocketing – just as they have in Britain and Germany.

EU papers carry almost daily articles about fuel poverty, potential blackouts, outsourcing, job losses, economic malaise and despair, and deforestation for fire wood in those and other European countries, due to their focus on climate alarmism and “green” energy. California electricity prices are already highest in USA, thanks to its EU-style programs. The alarms are misplaced, the programs do nothing to reduce Chinese, Indian or global emissions, and renewable energy is hardly eco-friendly or sustainable.

Wind energy requires perpetual subsidies and “backup” fossil fuel power plants that actually produce 80% of the electricity attributed to wind, and blankets wildlife habitats with turbines and transmission lines that kill millions of birds and bats every year. In fact, industrial wind facilities remain viable only because they are exempted from many environmental review, wildlife and bird protection laws that are enforced with heavy penalties for all other industries. Solar smothers habitats with glossy panels, and biofuels divert crops and cropland to replace fuels that we have in abundance but refuse to develop.

Now climate activists and EPA want to regulate fracking for gas that was once their preferred option.

By far the worst climate crisis, however, is eco-imperialism perpetrated against African and other poor nations. When their country was building a new power plant that would burn natural gas that previously was wasted through “flaring,” President Obama told Ghanaians they should use their “bountiful” wind, solar, geothermal and biofuels energy, instead of fossil fuels that threaten us with dangerous global warming. Meanwhile, his Administration refused to support loans for South Africa’s critically needed, state-of-the-art Medupi coal-fired power plant, which the Center for American Progress, Friends of the Earth, Sierra Club and other radical groups stridently opposed.

The actions ignored both the livelihoods and living standards that electricity has brought the world, and the millions of deaths from lung infections and intestinal diseases that these power plants would prevent.

When the conversation next turns to climate change, discussing the real climate crisis – and the true meaning of environmental justice – could open a few eyes.