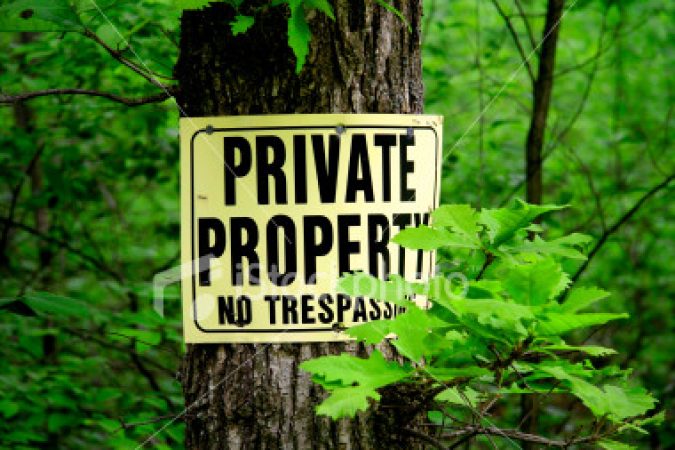 Zoning Out on Property Rights

by Thomas Jefferson Institute Staff  posted under Land Use

A little-noticed vote in Richmond last week shows the difficulty of keeping government within reasonable bounds when a significant private-sector player, allied with officialdom, seems to prefer the status quo.

A bill to make life easier for farmers with small commercial sidelines lost by a wide margin in the Senate Agriculture, Conservation and Natural Resources Committee, even though the House of Delegates overwhelmingly passed it on February 4. The reporting on this one unfortunately has been sparse. But in political terms, it looks to an outside observer like the Virginia Farm Bureau and the Virginia Association of Counties outmatched Martha Boneta and her supporters.

The measure by Delegate Scott Lingamfelter (R-Prince William) aimed to spare people like Mrs. Boneta from zoning hassles that probably serve no public purpose. It would have created a legal presumption—rebuttable with proof to the contrary—that handicraft sales on a farm are essentially agricultural activities and don’t need bureaucratic approval.

Under such rationales as freedom of assembly, it also sought to protect event-holding on farms from zoning enforcement.
On the 64-acre farm the family has owned in Fauquier County for the past six years, a shop with limited hours sold, along with vegetables, eggs, and herbs, other items like goat’s milk soap and yarn made from various animals’ wool. The business license they had, according to the zoning office, was no longer enough after Fauquier adopted new regulations in 2011.

Faced with a potential $15,000 in fines—reportedly for insufficient licensing for her store, advertising and thus commercializing a pumpkin carving, and even holding a small family-and-friends birthday party for a little girl without a permit—Boneta had to close the property to visitors. She has also sued the county for $2 million, claiming it violated the state’s 1981 Right to Farm Act. County officials explain that Boneta was cited for selling items not produced from or on the property and also for “having, and representing, that her farm was available for a variety of activities, including parties, classes, festivals and other events.”

The sad spot the Bonetas are in, and fears that other local farmers could run into similar trouble, inspired a “Pitchfork Protest” crowd, many symbolically brandishing farm implements, to demonstrate at a county zoning hearing last summer. In one form or another, the story has appeared on major (and minor) websites and Fox News. Among Boneta’s supporters are the Northern Virginia Tea Party, the Virginia Independent Consumers and Farmers Association, and Joel Salatin, a prominent small-farming advocate and critic of agribusiness. At a recent press conference, Mrs. Boneta pointed out that because it’s often hard for small farmers to make ends meet, a bit of incidental commerce can make a real difference.

But the association of county governments and the Farm Bureau contended the Lingamfelter bill was too broad. They maintained that current zoning regulations around the state were carefully worked out with respect for farmers’ interests, and that the General Assembly shouldn’t mess with success. At least one legislative opponent voiced concern that the measure might result in some entrepreneurial farms becoming “mini-Walmarts.” Another worry was that landowners who aren’t actually farmers might benefit from the bill. Farm Bureau lobbyist Trey Davis noted the possibility that localities might reduce or undo zoning protections if they couldn’t regulate what farmers sold onsite.

Distinguishing between a small-and-cute commercial operation and a sprawling, habitually crowded, or tacky one should be the real issue here. It’s understandable if Fauquier County is just trying to keep a shop from turning into a flea market, or a site for low-key events from becoming a tourist attraction, on what is supposed to be farmland. What’s disturbing isn’t an assertion that zoning must mean essentially what it says, but rather the possibility of heavy fines for harmless activity just because Boneta may not have understood the legal details.

Whether the Lingamfelter bill should have been passed, changed, or rejected, it is encouraging that so many legislators, at least in the lower house, favored it: a healthy reminder, to local authorities, that government may not always side with government against little people. It’s also good that there was a “pitchfork protest,” and that Mrs. Boneta has been relatively high- profile rather than quiet.

Without pushback from the direct targets of dubious enforcement, from the targets’ sympathizers, and from elected representatives, local officials can hurt individuals as much as the Big Government across the Potomac can—and with too little public awareness.