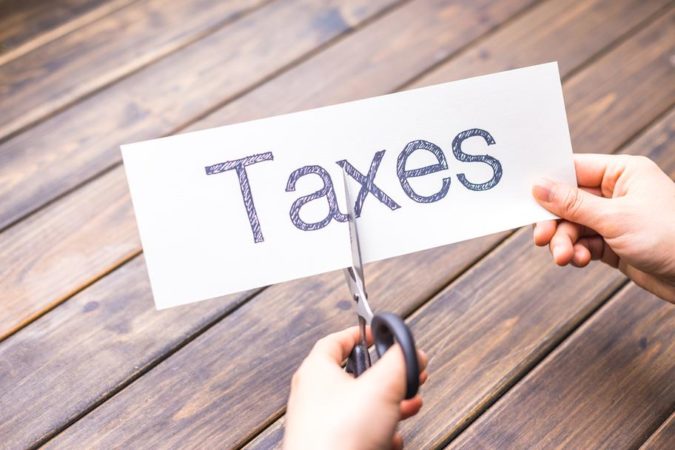 Virginians received an early Christmas present this year. For four years, the Thomas Jefferson Institute for Public Policy has been strongly urging state officials in Virginia to lighten what has become a steadily increasing tax burden on residents and businesses in the commonwealth by enacting tax cuts and tax reform.

On December 15, during his appearance before the joint Senate and House of Delegates’ Finance and Appropriations Committees, Governor Glenn Youngkin took bold steps to do just that. The governor announced his plan to “accelerate” the state government’s transformation based on what he said was “driving better outcomes for less money.”

In his budget amendments to the 2022-2024 biennial state budget delivered to the General Assembly’s “money committees,” Youngkin proposed cutting taxes on Virginians by a billion dollars – in addition to the $4 billion tax relief bill he signed earlier this year.

Youngkin told legislators that the state, which is running a large surplus, can afford the tax cuts despite his acknowledgement that a national recession is looming. “Our carefully planned budget balances spending priorities and tax cuts, with roughly $1 billion … conditioned on meeting our 2023 revenue forecast,” Youngkin told state lawmakers.

Under the governor’s plan, the corporate income tax rate for businesses would also be reduced from 6 percent to 5 percent, “the first step toward the ultimate goal of 4 percent at the end of our administration.” For small businesses, Youngkin is proposing a 10 percent Qualified Business Income Deduction. These measures, if approved by the General Assembly, would total $450 million in business tax relief annually.

We also argued that “reducing the corporate tax rate is the best step for business taxpayers and will help make Virginia more competitive.” Youngkin told legislators the same thing, pointing out that neighboring states such as Tennessee and North Carolina are more tax-friendly to business than the commonwealth.

And, while not part of the Youngkin package, we’ve firmly argued that Virginia tax brackets, standard deductions, and exemptions should be indexed for inflation, so taxpayers are no longer punished for rising consumer costs – and government coffers no longer profit from it.

But with the state government running a record budget surplus of $3.6 billion, the state can afford to return some of that excess to taxpayers. Especially since the governor noted that his proposed budget amendments include contingencies that halt any tax cuts and $2.5 billion in new spending initiatives if revenue targets are not met. “In the event of a recession, Virginia will be able to avoid raising taxes or cutting needed public programs by maintaining revenue reserves greater than 15 percent of expected revenues,” the governor’s office explained in a briefing document.

Besides the clear benefits of tax cuts to the Virginia economy, tax relief is needed now more than ever as the worst inflation in 40 years continues to erode state residents’ standard of living. Tax cuts will at least help mitigate some of the brutal effects of inflation.

“For the first time in about a decade, you’ve got a budget that is on the side of working people,” said state Sen. Steve Newman, R- 23rd District, a member of the Senate Finance and Appropriations Committee, after hearing Youngkin’s presentation.

Of course, tax relief won’t become a reality unless the General Assembly actually approves the governor’s budget amendments. But legislators will have a hard time explaining to their constituents that they refused to lighten their tax burden while sitting on a record budget surplus.

Barbara Hollingsworth is a Visiting Fellow with the Thomas Jefferson Institute and a former editorial page editor with the Fredericksburg Free Lance-Star. She may be reached at BarbHoll3@gmail.com.