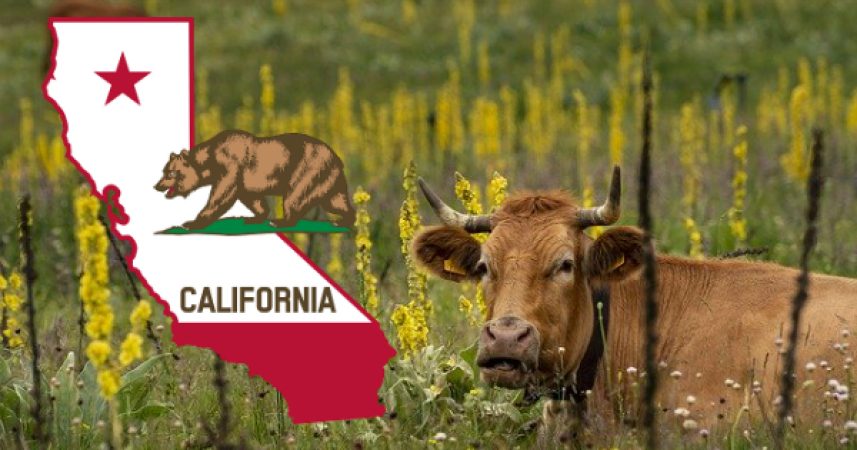 Will California Run Your Livestock Production?

In 2018, California voters approved Proposition 12. California seeks ”…to prevent animal cruelty by phasing out extreme methods of farm animal confinement.” The purpose of California’s proposition is to require “…California farmers to house veal calves, breeding pigs, and egg-laying hens in confinement systems that comply with specific standards for freedom of movement, minimum floor space, and cage-free design.” Proposition 12 also prohibits the sale in California of meat that comes from an animal from any other state not ”housed” according to California standards.

Much of California’s brief deals with arcane issues related to the U.S. Constitution and what is called the “dormant Commerce Clause.” California’s Attorney General argues that Proposition 12 is a fair proposition because it only applies to sales within California. His slick brief does admit if other states wish to sell their products into California their farmers must comply with California’s standard. He relies on a 9th Circuit “nutty” opinion involving foie gras. He notes the 9th Circuit has always held that California can regulate sales “…even if such regulation has upstream effects.”

Supporters of agriculture, such as the Humane Society of the United States, the Animal Legal Defense Fund, Animal Equality, the Humane League, Farm Sanctuary, World Farming USA, and Compassion Over Killing have also filed motions to dismiss NPPC’s and AFBF’s complaint.

Much is made over the fact that a number- of- lawsuits have been filed and dismissed over technical reasons. California dismisses that it might be engaged in economic protectionism. It is argued there is no discrimination against out of state producers. (Only lawyers in California could make this argument.) California argues …a nondiscriminatory law that does not regulate extraterritorially will be upheld unless the burden imposed on such commerce is clearly excessive in relation to the putative local benefits.”

Because California’s lawyers have no agricultural experience and frankly know nothing about farming, they believe imposing their standards on the rest of the farmers around the country is clearly not excessive. California’s Attorney General claims Proposition 12 does not regulate the conduct of pork producers extraterritorially!!!!

California believes it is perfectly acceptable to send its inspectors to other states in-an attempt to assure its animal housing codes are adhered to. The Attorney General claims California is not violating the Commerce Clause or burdening interstate commerce. The Attorney General’s brief clearly indicates he is concerned about controlling pork production outside of California. He claims without any support that Proposition 12 “…is not an extraterritorial regulation.” When you see a statement such as this, you fully understand how stupid well -educated people are about agriculture production.

As noted, “The Ninth Circuit has consistently rejected claims that statutes regulating in-state sales impermissibly extend beyond the state’s borders.” We all know how well versed in the law the 9th Circuit Court judges have been in the past. The present administration in Washington has appointed a number of judges to the 9th Circuit in an attempt to be fair. Let’s hope some of those judges will hear NPPC’s and AFBF’s case in the near future and rule in their favor with common sense.

A version of this commentary was originally published in the January 14 online Farm Futures.

«
To Join TCI, General Assembly Must Vote!»
How to Cripple Small Business With One Easy Law