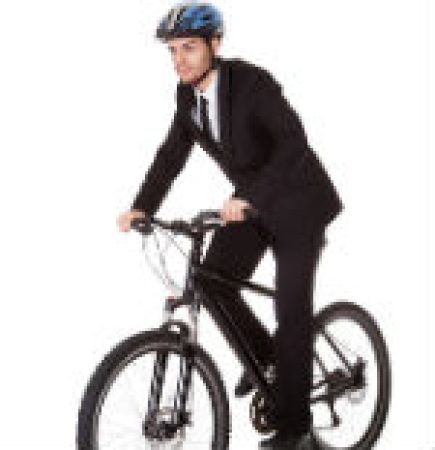 VMT Growth and the Millennial Generation

For the last several years, popular media have featured articles about “peak car” and the recent decline of vehicle miles of travel (VMT) in developed countries. The anti-auto group PIRG (Public Interest Research Group) made a big splash last month, when their report (“A New Direction: Our Changing Relationship with Driving and the Implications for America’s Future”) got a favorable write-up in the New York Times (May 13th). PIRG’s thesis is that the key to recent U.S. decreases in VMT and VMT per capita is changes in preferences and behavior among young people (ages 16-24)—the so-called Millennial generation.
The story line is that Millennials are not very interested in getting a driver’s license or living in the suburbs; they want to live downtown and walk, bike, or use transit. PIRG then does a lot of number crunching to produce VMT projections through 2040 that are drastically lower than anyone else’s, and uses those results to argue for shifting a lot more transportation dollars from highways to transit, bikeways, etc.

In my column in the May issue of Public Works Financing, I questioned this thesis, drawing in part on analysis by commuting expert Alan Pisarski (editor’s note: Alan Pisarski is a national recognized transportation expert living in Fairfax County,VA). He points out that the recession has hit young people the hardest, citing a Pew Center study in 2010 that found 37% of young respondents either out of work or underemployed. He also cited figures from the National Highway Transportation Survey that annual miles driven per person differ dramatically by employment status. For those 16-24, employed males averaged 12,000 miles in 2009, compared with about 6,000 miles for unemployed males. Pisarski also noted that in the last two decades, nearly all states have enacted “graduated licensing” schemes that restrict driving by those 16 to 18. Nevertheless, from 2001 to 2009, the fraction of those under 19 with drivers licenses was essentially flat.

In the May issue of The Atlantic, Derek Thompson assembled an array of data on Millennials, showing, for example, that the number of people ages 15 to 34 living with their parents soared from 0.5 million in 2008 to nearly 2 million in 2011. Fewer young people are getting married, having children, and buying homes—which has led to what Thompson describes as “stagnation” in household formation since 2007. As the economy recovers, all those trends are likely to reverse.

As for the alleged shift of Millennials and others from driving to transit, biking, and walking, that’s very hard to find in the data. In a recent presentation at the U.S. DOT’s Volpe Center, researchers David Pace and Don Pickrell compared the reductions in driving to increases in use of alternative modes. They find that increased transit use accounts for only about 1% of the decrease in auto travel, with bicycle and walk trips appearing to account for only a few percent more. Other possible factors (besides the recession) include the growth of online shopping and a nearly one percentage point increase in the mode share of telecommuting.

As for the much-touted preference of Millennials to live in the city center, the statistical evidence says otherwise.

Demographer Wendell Cox reviewed the data last month in a piece for NewGeography.com. Comparing Census data for 2010 and 2000, Cox finds that people between 20 and 29 “were less inclined to live in more urban and walkable neighborhoods than their predecessors.” In 2000, 19% of those in this age group lived in the core municipalities of major metro areas, compared with 13% in 2010. Likewise, in 2000 35% of them lived in suburbs, compared with 45% in 2010. (The balance lived outside major metro areas.)

So what can we make of all this? Clearly, VMT per capita cannot go on rising indefinitely. The major increases since World War II have come about via the entry of most of the female population into the workforce, along with rising prosperity that has enabled large fractions of lower-income people to afford cars. Pisarski and others predict that future growth in overall VMT will be driven primarily by population growth rather than increased per-capita driving. But the just-so story about Millennials losing interest in driving appears to be mostly an artifact of the recession’s severe impact on younger people, not a fundamental change in their choices of where to live or how to travel.