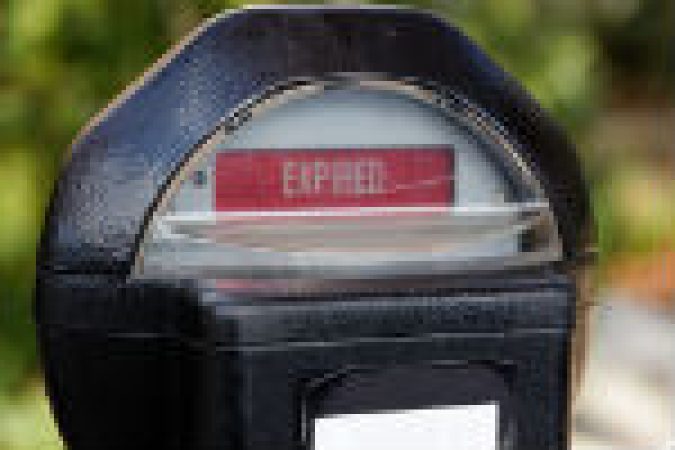 No one likes paying for parking, but the prospect of parting with a buck or two is nothing compared to the hassle of rummaging through your pockets, in your glove compartment or under the floor mats for stray coins. The only thing worse is worrying about your time expiring, dashing outside and feeding the meter to avoid getting a ticket. It is fair to say that the lack of ubiquitous, hassle-free parking is one of the most serious competitive disadvantages of compact urban development everywhere.

But the times, they are a’changing. Parking, once a lazy backwater of economic innovation — the last “big thing” in parking, meters, dates back to 1935 — has become very hot. A slew of start-up companies like Parkopedia and Parking Panda (profiled here) are making it easier for drivers to find parking spaces, be they located on-street, in parking lots, in garages or in someone’s private driveway. Now another company, Applied Telemetrics, is making it more convenient than ever to pay for parking. No more fumbling for coins. A device on the car can determine exactly which space you’re in and automates the payment to your account.

The implications for smart growth are tremendous. Local governments, and the public they serve, stand to gain in several ways. First, the new tools will reduce traffic congestion caused by people circling around and looking for a place to park. Second, the greater ease of finding a parking space and paying for it will make downtowns and other compact urban areas more hassle-free destinations. Third, the technology will allow local governments to optimize the balance between maximizing commerce and minimizing real estate dedicated to parking, a low value-added activity. And fourth, local governments can generate more revenue from on-street parking  at lower cost, reducing the need to raise other taxes and fees. Big picture bottom line: City fathers now have an awesome ne tool for building vibrant, walkable communities.

To gain more insight into the trend, I re-connected with Bern Grush, a principal with Toronto-based Applied Telemetrics. I had last chatted with him several years ago in his capacity as co-founder of Skymeter, which had developed technologies that could be used to administer Vehicle Mile Traveled (VMT) taxes, one of my pet causes. After several years of frustration, Grush concluded that VMT tax was a political non-starter in Canada as well as the United States. So, he and his partners re-purposed some of their technology to focus on parking. This time around, he’s not preaching to the unconverted. The market for smart parking is exploding.

According to a new report by Navigant research, the installed base of on-street smart parking spaces will surpass 950,000 worldwide by 2020. “The parking industry is going through its biggest evolution since the introduction of the first parking meters in Oklahoma City in 1935,” says Eric Woods, research director with Navigant. “It is being transformed by new technologies that are increasing operational efficiency and customer expectations, and by new perspectives on the role of parking within cities.”

Applied Telemetrics employs GPS and other technologies to determine roughly where a car is (within a yard or two) but adds proprietary algorithms that interprets the car’s motions to place it in a specific parking space or even a private driveway. The payment system functions similarly to EZPass. Customers load funds into a pre-paid account and deduct from that account when they park. “The driver simply parks where it is legal to park and walks away,” says Grush.

He concedes that it will take some time for the market to develop fully. Initially, the company is targeting frequent parkers, typically delivery trucks or service vans that might park in a 6 to 12 different locations daily. The convenience of paying automatically and precisely offers tangible productivity gains and savings. A second value proposition is helping municipalities manage loading zones whose use is limited to commercial vehicles.

Among the advantages of the Applied Telemetrics technology is the ability to generate useful data. For instance, the company can measure the amount of time drivers spend circling — driving around and around while they look for an open parking space. That kind of information can inform cities’ parking policy. If there is a shortage of parking, raise rates — encourage people to turn over their parking spaces more rapidly and raise more money in the bargain! If there is a surplus of empty spaces, lower rates!

Grush also contends that his PayBySky payment system can reduce the administrative overhead associated with enforcing parking, billing and collections, thus making the municipal enterprise more profitable. “On average [conventional] methods cost about 50 cents of every parking dollar to collect. Think of that next time you put $4 in a meter — $2 of it went to securing the $4. How dumb is that?”

Applied Telemetrics has embarked, or soon will, upon five pilot projects with municipalities and private operators in Canada, New Zealand and the U.S. Says Grush: “By making payment fair and easy, we are making it better for drivers and better for the city.”