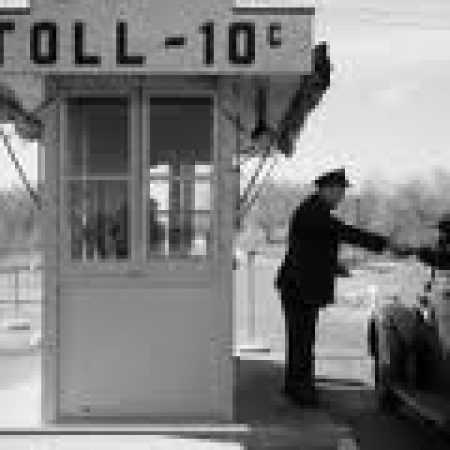 In his book, “Thinking, Fast and Slow,” psychologist and Nobel Prize winner in economics Daniel Kahneman describes the phenomena of “loss aversion” and “reference points.” These deeply embedded cognitive quirks, which had survival value for hunter-gatherers, pose dilemmas for politicians in complex modern societies who try to change the status quo. The McDonnell administration’s plan to ameliorate traffic congestion in Hampton Roads is a case in point.

Loss aversion is the phenomenon in which people experience the loss of a thing with greater intensity than they experience the gain of a comparable thing. Thus, people will experience more anguish from the loss of $100 than pleasure in the gain of $100. Gains and losses are judged in relation to a reference point, which often is the status quo (but sometimes can be a future expectation). When there is a departure from the status quo, losers feel their pain more intensely than the winners.

These principles are well established through numerous psychological experiments conducted over several decades. There is nothing controversial about them. Now, let’s apply them to the McDonnell administration decision to pay for roughly $2 billion to make improvements to the Midtown Tunnel, Downtown  and Martin Luther King Boulevard in Norfolk and Portsmouth.

The tunnels were paid for originally by tolls, but the tolls came down a couple of decades ago, and the citizens of Hampton Roads have enjoyed the status quo of using them for free. Within half a year, Elizabeth River Crossings, the public-private partner in charge of expanding the tunnel capacity and collecting the tolls, will start charging tolls — more than $3 per day for a two-way trip — before the improvements are even made.

Not surprisingly, this has caused an outcry among Hampton Roads commuters. (I’ll defer for a later discussion the issue of whether or not people had ample warning that the tolls were coming and had sufficient opportunity to let their opinions be known.) The McDonnell administration response is that, yes, people will have to pay tolls, but the project will eliminate the half-hour congestion they experience each time they cross the Elizabeth River, and that by any rational calculation, saving an hour in stop-and-go traffic is well worth $3 or $4 in tolls.

From the perspective of  purely economic calculation, the argument is impeccable. But, as Kahneman points out, humans are not always economically rational creatures. The anticipation of paying that toll causes greater grief for many than the anticipation of spending less time stuck in traffic promises relief. As a result, the citizenry is up in arms and Gov. Bob McDonnell has a big problem on his hands.

Now, let’s compare the public reaction in Norfolk to the reaction in Northern Virginia, where people soon will begin paying HOT lane tolls on the Capital Beltway. Northern Virginians are far less upset. Why? Because the tolls are being used to add new express lanes. People who place a premium on their time can pay to use the new lanes and avoid congestion. They have an option they did not have before. Those who don’t wish to pay the money can continue using the same old, congested lanes. While they devoutly may wish that money would fall out of the sky and pay for the new lanes so everyone could use them for free, their situation remains the same. They do not perceive themselves as losing anything. They do not get agitated. McDonnell does not have a problem on his hands.

There is an important political lesson to be learned here as the McDonnell administration forges ahead with a series of high-profile public-private partnerships and other toll projects. Toll projects similar to the Interstate 95 HOT lane, which creates new capacity and new options for drivers without imposing tolls on roads that now are used for free, will meet less political resistance. By contrast, the prospect of paying higher tolls on the Dulles Toll Road to finance the Rail-to-Dulles project is causing an uproar. Predictably, the administration’s proposal to toll I-95 in order to raise money to pay for improvements in the corridor likely will raise a clamor as well.
You can argue economic logic all you want, but people who perceive themselves as losing something will gripe and moan. The politically astute path is to select toll projects that pay for themselves by creating new choices for drivers, not imposing tolls where there were none before. To put it more simply, toll projects must be structured as win-win arrangements to gain popular favor.
James A. Bacon is the author of “Boomergeddon” and publisher of the Bacon’s Rebellion blog at www.baconsrebellion.com.