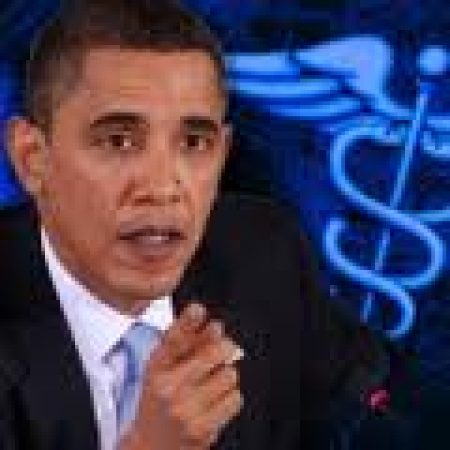 This article was originally published in the American Legislative Exchange Council’s policy blog, the AmericanLegislator (www.americanlegislator.com).

A Gallup Poll released in February found that nearly half of small business owners pointed to potential healthcare costs (48 percent) as a reason for not hiring new employees. Even though 23 percent of small employers at the beginning of 2011 indicated they’d hire, only 13 percent actually did. Meanwhile, twice the number of small businesses cut jobs than expected to do so in 2011.

Gallup’s chief economist, Dennis Jacobe said, “Given this difficult operating environment, it is not surprising that many small-business owners also worry about potential new healthcare costs and government regulations. While small businesses are always finding ways to deal with their changing operating environment, including government regulations and healthcare, these added challenges can be seen as exacerbating an already uncertain and difficult situation. In turn, they become additional reasons to hold back on hiring.”
If government regulations and healthcare were reasons for uncertainty, government regulation of health care itself only adds to the problem. And of course the Patient Protection and Affordable Care Act (PPACA) does much to increase that uncertainty. HHS has yet to release all final rules, and whether the law is even constitutional is still up in the air.

Meanwhile, according to a report from the National Federation of Independent Business (NFIB), “one in eight small employers have either had their health insurance plans terminated or been told that their plan would not be available in the future.” One in five small businesses currently offering insurance to employees expects to change the health plan they provide workers, including cutting benefits and increasing the amount employees must contribute.

But PPACA will allow employees to keep the coverage they have, right? Probably not. As NFIB notes, low-wage employees asked to pay more towards coverage will have a powerful incentive to move to an exchange in order to get subsidies. They found that 57 percent of small employers currently offering health insurance would consider dropping coverage if employees moved to exchanges.
Estimates from McKinsey & Company show that 30 percent of employers will “definitely or probably stop offering [insurance] in the years after 2014.”  In its latest report, the Congressional Budget Office estimated that 20 million workers could lose employer coverage as a direct result of PPACA under certain circumstances.

And it turns out that PPACA’s tax credit for small businesses—designed to promote health care coverage—isn’t actually acting as an incentive to offer coverage. Instead, the tax credit “acts almost exclusively as a windfall for small employers who currently offer health insurance rather than as an incentive to encourage its purchase.”

Even if small employers do offer coverage so they can take advantage of the subsidy, they would only receive a credit of up to 35 percent of premiums paid for each tax year through 2013—and it’s not clear this offset would make up for rising premiums. The credit would increase to 50 percent in 2014, but it would only be available for two consecutive tax years. And while proponents of PPACA may claim success when small businesses choose to accept subsidies, the true test will be how many maintain coverage when the tax credits disappear after 2015.

Unfortunately for small businesses, there is little uncertainty that healthcare costs are poised to rise in a major way by 2015. Starting in 2014, PPACA’s health insurance tax (HIT) will place further burdens on small-businesses. The tax will cost over $87 billion in its first ten year of implementation.

NFIB also notes, the HIT will be levied against health insurers based on their portion of fully insured plans, while employers that self-insure will largely be exempt. Because the majority of small businesses purchase health insurance in the fully insured market, the Congressional Budget Office has pointed out that costs “would be largely passed through to consumers in the form of higher premiums for private coverage.”

This cost shift will result in 125,000 to 249,000 fewer jobs in 2021, with a majority of losses coming from small business.
But small businesses and insurers won’t be the only ones impacted by the tax. A report last year from Milliman estimated that state governments would pay over $13 billion over ten years in new taxes as a result of the HIT. States relying on Medicaid managed care programs—which generally purchase insurance in the fully-insured market—will be on the hook to pay for increased premiums.
A decision from the Supreme Court on the constitutionality of PPACA is not expected until summer. Meanwhile, the unprecedented law will continue to strain small businesses. While uncertainty is causing employers to hold back hiring now, future taxes are almost certain to stifle growth moving forward—it’s hardly surprising that an unprecedented bureaucracy might not be in the best interest of entrepreneurs and enterprise.

Sean Riley is the legislative analyst for the Health and Human Services Task Force with the American Legislative Exchange Council (ALEC).  ALEC is the nation’s largest nonpartisan individual membership association of state legislators, with over 2,000 state legislators across the nation. ALEC’s mission is to promote free markets, limited government, individual liberty, and federalism.