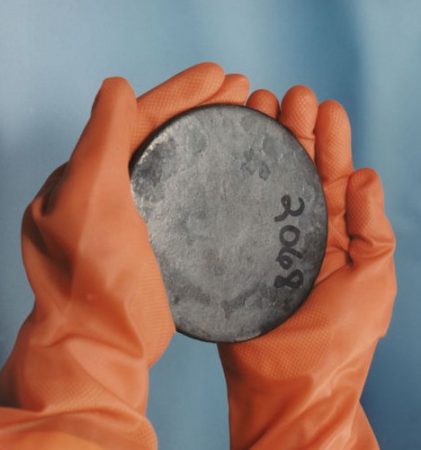 Uranium Mining in Virginia – A Local Decision is Best

America’s future – and Virginia’s – depends in large measure on whether we will be good stewards and wise users of our abundant, God-given natural resources.  It is rarely good stewardship to leave your assets buried, talent-like, in the ground.  But if America’s most valuable uranium deposit is to remain buried and unused beneath the pastures of economically struggling Pittsylvania County, let it be because of a site-specific scientific verdict rendered by expert regulators, or at least because of a local decision rendered by locally elected officials.

Let it not be because legislators in Richmond chose to put passions ahead of stubborn facts and politics ahead of Virginia’s hard-earned reputation as a pro-business, pro-property rights state.

With the Navy in Norfolk, extensive uranium processing in Lynchburg, and power plants in Louisa and Surry that are our state’s leading source of electricity, Virginia is one of the top nuclear energy states in the country.  We understand nuclear power and the vital role it must play in our energy future.  We also are blessed to have the largest deposit of uranium ore in the United States—one of the largest in the world—located in Pittsylvania County.

The Coles Hill deposit contains more than 100 million pounds of uranium and is worth an estimated $7 billion—the single most economically valuable energy resource in the Commonwealth.  The energy this one uranium deposit can generate is roughly equivalent to 3.6 billion barrels of oil—22 times the energy potential of Virginia’s coastal petroleum reserves.  A study conducted for the Virginia Coal and Energy Commission, on which I serve, found that mining it would create more than 1,000 jobs, generate $135 million annually in economic activity, result in $5 billion in business for Virginia firms over the life of the project, and generate millions annually in state and local government revenues.

Most importantly, as Nuclear Regulatory Commission representatives recently advised our Commission, uranium is mined safely and profitably throughout the world, including in as wet or wetter climates than southern Virginia’s.

In Canada, uranium mining has proceeded with stringent environmental safeguards and strong public support in terrain with high water tables and thousands of nearby lakes, including Ontario and Saskatchewan.  In Quebec, the provincial government even provides tax incentives for uranium exploration.  As a result of this science-based approach, our northern neighbor has become the world’s second largest producer of uranium.

In his 1985 legislative address, then-Governor Chuck Robb observed that years of study had confirmed the feasibility of mining uranium safely in Virginia, and he called on the General Assembly to lift the moratorium.

A quarter century later, with global demand for nuclear power again strong and uranium mining again lucrative, another round of studies has reached the same conclusion.  Environmental technologies and safeguards have become even more advanced in the meantime.  An interagency working group established by Governor McDonnell at our Commission’s request recently demonstrated Virginia’s ability to regulate uranium mining effectively and provided a regulatory framework.

Over 1,200 business owners, farmers and other Pittsylvania citizens recently announced their strong support for uranium mining in their community.  Their cry for economic opportunity provides an important reminder why Virginia’s state government does not intervene to cut off property rights, local decision-making, and science-based regulation of economic activities via blanket state-level bans.

While people on both sides make broad claims, the truth is that no legislator can say at this point whether uranium can be safely mined and milled in the conditions at Coles Hill.  That is a science-based decision to be made through an appropriately painstaking, site-specific state and federal regulatory permitting process—the kind of process that is now banned under state law.

If local opinion on the issue is as monolithic as some uranium mining opponents suggest, then we should not need to impose a mandate from Richmond.  As in any local zoning case, the final decision on whether the Coles Hill site would be mined will be decided by a vote of the Pittsylvania Board of Supervisors.

The Virginia way has never been about playing politics and banning unpopular forms of economic activity, ignoring property rights in the process.  Instead, we let property owners and business enterprises make such choices, subject to local land use restrictions and to rigorous state-level (and often federal) environmental and safety regulations.
That’s the only principled and practical way for us to deal with uranium mining.

«
Uranium Mining: Rewards Do Not Outweigh the Risks»
Governor’s Transportation Plan: Two Cheers but No Applause