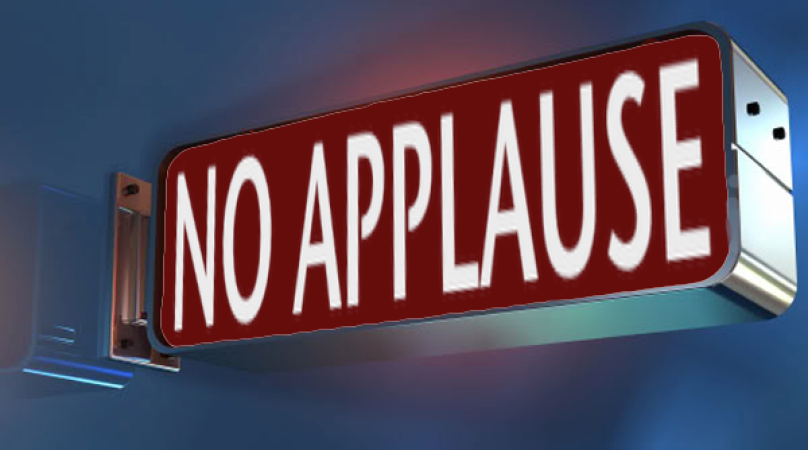 “If we are remembered at all, we will all be remembered for what we actually got done, Not what we promised to do.”
Governor Robert McDonnell
State of the State Address
January 9, 2013
When we read that Governor McDonnell had developed a plan for generating additional revenues for transportation, we assumed that he had decided to pursue viable solutions to place the state of Virginia on solid financial ground for at least the near term. However, after reading his transportation financing plan, we can only offer two cheers and no applause.

First of all, Governor McDonnell gets high marks for recognizing that additional revenues are urgently required and for trying to do something about it. And he recognizes the need for the state to generate sufficient resources to repair Virginia roads (much less building additional highway lanes) because the state runs out of money to fund highway construction in 2017.

But his marks drop dramatically when we find that he would abandon the time tested gas tax for an increase in the state sales tax. One legislator, House Speaker William Howell, labeled the gas tax a dinosaur due to declining revenues [caused in part by more fuel efficient automobiles]. Actually the declining revenue is due to the legislature’s repeated refusal to index the gas tax to the price of gasoline. Having an absolute levy insures that revenues are static or declining, resulting in ever shrinking purchasing power. Failure to increase the 17.5 cent levy on gasoline since 1986 has simply played havoc with transportation finances in the Commonwealth. Shifting the burden to fund transportation to the state sales tax really doesn’t solve the problem; it merely shifts it to a less equitable levy.

What happened to the user fee principle so often cited by highway advocates? What Governor McDonnell does not seem to recognize is that transportation is a utility, and just like water, electricity, natural gas, telephone, etc. the user of the system should be paying for the use of the system at a rate that more fully reflects the cost of building, maintaining, operating and replacing that system.

The Governor places hope on as-yet-to-be-passed federal legislation that would authorize the state to require online retailers to begin collecting sales taxes on internet transactions by Virginia residents (estimated to bring in $1 billion annually). This proposal brings back memories of the Governor’s attempt to sell the state’s ABC stores in exchange for a paltry $50 million plus the loss of annual liquor sales revenue that he offered in his first year as a means for paying for transportation improvements. It’s no deal!
Finally, Governor McDonnell proposes shifting $300 million annually to transportation from the general fund (.25 percent of the current 5% sales tax rate). This really is a scheme to rob Peter to pay Paul. As a sweetener, the first $300 million would go for the Dulles Silver line rail extension. One must wonder if the Governor’s concern is more over keeping tolls lower for Dulles toll road users rather than a newfound enthusiasm for mass transit. Many in the legislature would probably view shifting general fund monies from education, health care and other vital state-funded responsibilities with jaundiced eyes.

For our part, we would propose indexing the gas tax (diesel fuel tax too) for inflation, converting the levy from a flat amount per gallon to a percentage of the total fuel sales. This would be more equitable and insure that motorists passing through the state would also pay their fair share for use of Virginia’s transportation system.

It should be noted that at least one-third of the users of the Commonwealth’s transportation system, namely non-residents, would get free use of Virginia’s roadways, highways, mass transit, and passenger railways if the gas tax is abolished.

Recognizing that the gas tax will diminish with each passing year as a main source of revenue for transportation, we would recommend a mileage-based system to gradually supplant but not replace the gas tax as the principal revenue generator. A number of states are already considering this alternative and Virginia could join in the effort to explore and develop acceptable mechanisms for doing this.

We would also recommend that these measures be accompanied by the requirement that the state budget highway monies to fully fund maintenance requirements before considering expenditures on highway expansion. If we can’t maintain what we have, why would we want to add lane miles that we can’t pay to maintain? While we have strong views regarding the archaic institutional structure for administering highway and transit programs in the Old Dominion, we would postpone that battle for another day. Fixing the revenue shortage will likely exhaust the political establishment’s capacity for change in this legislative session.

Anyone who advocates a revenue neutral position probably believes that cutting smaller pieces from the same pie is an acceptable way to fund state government functions. The problem is that the system for funding the transportation piece of the pie was made small a long time ago and no one has been willing to face this fact (neither politicians nor the citizens of Virginia, for that matter).

To his credit, Governor McDonnell has acknowledged this fact. The problem is that he has proposed a plan that has more (pot)holes than a typical Virginia highway.

If there is any expectation that Virginia should be competitive in the nation’s or the world’s market place, the Commonwealth’s transportation finances must be addressed. In doing so, the Commonwealth will be rewarded with increased economic vitality and, in turn, additional revenue to address the future needs of Virginia’s transportation system and its other priorities…education, health care, public safety.

We think the way forward is rather clear. Generate new revenues or face the long term disaster. Simple as that.
If the Governor wants to be remembered for what he actually accomplished and not what he promised to do, here’s a strategy that really will get Virginia moving again.

Email this author.
Glen Bottoms serves as Executive Director of The American Conservative Center for Public Transportation.  He is a retired federal executive, having worked for the Federal Transit Administration for twenty-five years.

Email this author.
Eric C. Peterson is a transportation policy consultant.  Previously he served on the staff of former U.S. Senator John Warner (R-Va), was Deputy Administrator for the U. S. Department of Transportation’s Research and Innovative Technology Administration, and Executive Director of the Landowners Economic Alliance for the Dulles Extension of Rail (LEADER) – the entity that organized the tax district in the first phase of the Washington Metrorail’s Silver line extension to Dulles Airport and Loudoun County, Virginia.